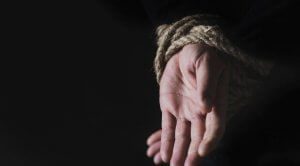 For too long, policy-makers have sat idle while the safety of Canadians all over the world remains at risk. By introducing this workable and substantive legislation, we can discourage hostage-taking and better protect Canadians abroad, write Sarah Teich, Shuvaloy Majumdar, and Daniel Eisen in the National Post. Below is an excerpt from the article which can be read in full here.

No one appreciates the depravity of targeted hostage-taking quite like Canadians. As Michael Kovrig and Michael Spavor continue to languish under deplorable conditions as hostages of the Chinese Communist Party, we are reminded constantly of the gravity of this heinous act.

However, the taking of Canadians as hostages has persisted, with Canadians being seized at alarming rates by foreign states and terrorist organizations. We all know about the kidnapping of Kovrig and Spavor, but their abductions follow a broader trend.In 2015, Abu Sayyaf, a terrorist organization in the Philippines, kidnapped Canadians John Ridsdel and Robert Hall. They were both beheaded the following year.

In 2008, Ottawa faced five hostage situations in as many months: Melissa Fung in Afghanistan, Robert Fowler and Louis Guay in Niger, Beverley Giesbrecht in Pakistan and Amanda Lindhout in Somalia.Despite the prevalence of these hostage situations, and despite ratifying the UN Hostages Convention in 1985, Canada has done shockingly little to address hostage-taking and hostage diplomacy. Canada complied with Article 2 of the UN Hostages Convention by criminalizing hostage-taking at home and abroad — and that’s it.

We don’t have any legislation that specifically addresses hostage-taking, and current Canadian policy with respect to hostage situations is distressingly unsupportive of the families of hostages, as revealed by a shocking eight-part Toronto Star investigation into the subject in 2016. Following the Star’s expose, the only adjustments the government made was to start providing “comfort letters” to families, reassuring them that they will not be prosecuted criminally if they hire a negotiator and designating two RCMP liaison officers to deal with the families.