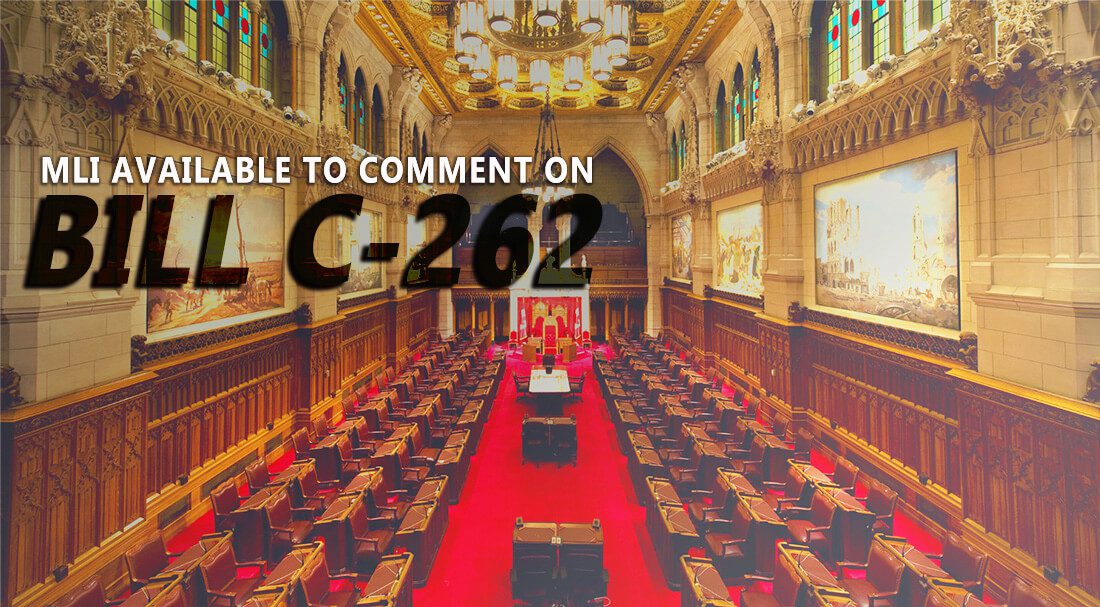 OTTAWA, ON (June 4, 2019): The Senate Standing Committee on Aboriginal Peoples is currently considering Bill C-262, which aims to bring Canadian laws into harmony with the United Nations Declaration on the Rights of Indigenous Peoples (UNDRIP).

MLI Munk Senior Fellow Dwight Newman will be testifying before the Senate Standing Committee on the proposed legislation on June 4 at 9:00am, ET. In his written submission to the committee, Newman has warned that the bill as it stands could introduce more uncertainty into Canadian law and needs to be amended.

Both Newman and Major are available to comment on Bill C-262.

According to Newman, “while the Bill’s objectives are laudable and represent an important response to the norms [in UNDRIP], when considered as a potential Canadian statute, there are serious issues with the Bill and its implications that need to be considered carefully and that may lead to possible reasons to amend aspects of the Bill.”

In his submission, Newman explains that parts of C-262 could affect the “complex body of law on the duty to consult Indigenous communities,” creating the potential for judicial confusion and uncertainty. He points to testimony that suggests that the Bill’s implications might extend beyond the scope of the federal government.

In his legal opinion, Justice Major identifies some similar issues with the Bill. He finds that C-262 lacks clarity regarding its implementation window and at times uses language that is unclear and vague. He also warns lawmakers that the use of “novel language” – that is, language without judicial precedent – only heightens the uncertainty that this well-intentioned Bill could create.

For instance, both Newman and Major are concerned that the provisions on “application in Canadian law” are in the operative section of the law and not in the preamble. This is unprecedented phrasing and creates a lack of certainty on when the law applies. The intent is for a gradual and eventual harmonization with UNDRIP, not an immediate application to Canadian law, which is how the bill as it stands could be interpreted.

“Making law is arguably the most important activity of government,” explains Justice Major. “An Act is the most formal expression of the will of the state. It needs to be understood by the public, members of Parliament and the Senate, and the courts. There is a need for clarity and certainty.”

Given the potential unintended consequences, Newman suggests that the bill is analogous to an omnibus bill and must be studied by the multiple committees whose mandates could be affected. Furthermore, he proposes amendments to the bill that would help resolve some of its issues. These recommendations include:

For more information or to arrange interviews with Dwight Newman or the Hon. Justice John Major, media are invited to contact: