Putting North American defence on the agenda: James Fergusson for Inside Policy 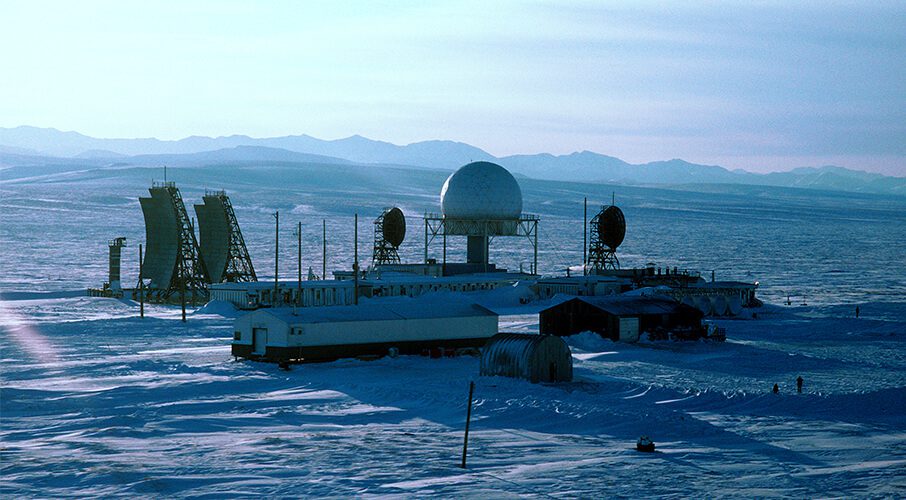 The North Warning System is sorely in need of modernization/replacement, writes James Fergusson.

On August 8, the CBC National aired a piece on NORAD and the modernization/replacement of the North Warning System (NWS), accompanied by a somewhat lengthy online piece. Central to the story was the Canada-US Framework Agreement on the NWS modernization requirements.

Bringing the current state of NWS modernization into public light is to be welcomed. The joint Canada-US early warning radar system, which has guarded our airspace against intrusions since the 1980s, is sorely in need of modernization/replacement. Indeed, Russia’s development of advanced long-range cruise missiles and other weapon systems has only underscored the need to address this capability gap in the defence of North America.

Yet the government has been silent on costing or processes following its identification of NWS modernization as a defence priority in the 2017 Defence White Paper, Strong, Secure and Engaged. In the follow-up 2018 Defence Investment Plan, and recent 2019 Investment Plan Update, no mention of the NWS is made, even though the project represents a significant defence investment over the next decade or so.

The puzzle, then, is to try to understand or explain why suddenly in the ‘dog days’ of summer, this update on the current status of NWS modernization has been placed on the public agenda.  There are six potential pieces to this puzzle.

This first “easy” answer is that the current Liberal federal government perceives itself as potentially vulnerable to its primary competitor, the Conservative Party, on issues that could undermine Canadian and North American defence and security. Indicating that NWS modernization is moving forward eliminates this vulnerability.

In reality, however, this answer makes little, if any, political sense. Defence issues rarely, if ever, play a significant role in federal elections, even though in the previous election the Liberals sought to exploit the CF-18 replacement with no real political gain. The final consequences of that decision remains to be seen, though it does seem that the procurement project may rival the disaster of the Sea King replacement. Nor does NORAD have any real political or public profile in Canada, and the NWS even less.

Second, NWS modernization on the public agenda actually creates political vulnerability. The government is open to attack on its failure to specify the costs of modernization, and, thus, the reality of its 2017/2018 twenty-year defence spending projections.

Estimated by one confidential source sometime ago at $11 billion, Canada’s share of the binational project would amount to 40 percent, with the United States paying 60 percent. In other words, there is a least a missing $4.4 billion in spending projections, and if past government projects are any guide, then this amount is likely to rise significantly as the project proceeds to implementation and completion.

To be fair, perhaps the funds are embedded somewhere in spending projections, possibly related to RCAF projections. This, however, is unlikely as the modernized NWS will entail not just ground-based radars, but also other air, maritime, and space assets. Regardless, if not accounted for, the funds will have to come from somewhere, either through internal re-allocation, increased defence spending, or some combination of both.

Third, as the CBC report notes, the government may also fear that the issue might bring NWS modernization to the attention of President Trump. Here, the legacy of the bruising NAFTA re-negotiations and Canada’s failure to meet its 2 percent of GDP NATO spending commitment may be at play.  Even with planned future defence increases to 1.4 percent of GDP, these represent two potential strikes against Canada for the US.  Why add NWS as a third?

While the government may fear Trump’s attention, there is little reason to expect this outcome represents another part of the puzzle. American presidents, like Canadian prime ministers, pay little public attention to North American defence cooperation and NORAD, focusing instead on overseas defence and security issues. Unlike NAFTA, NWS was not part of Trumps’ presidential election campaign, and it is not going to be part of the 2020 campaign. Trump’s focus on the failure of allied NATO spending, as the case with previous presidents dating back to Lyndon Johnson, is directed at Europe – Canada gets a freer ride. Finally, at the first meeting of Trudeau and Trump, they both expressed full support for NORAD and NWS modernization.

Fourth, there is the issue of the role of Indigenous communities in NWS modernization. Whereas in the past, these communities were largely ignored in the case of the Distant Early Warning (DEW) line of the 1950s, and NWS in the 1980s, this is no longer possible. Indigenous peoples must be consulted and engaged in every aspect of the process, especially in terms of the impacts to the environment and potential employment opportunities. The government likely has little wish to put this forward at this time, with other pressing issues at play in government-Indigenous relations.

Finally, if the government really wanted the issue in the public domain, why would it not have simply issued a press release. There is nothing really ‘secret’ per se about informing the public that the first step in the five-step procurement process has been reached, as laid out in the 2019 Defence Investment Plan Update. The Framework Agreement on NWS modernization is an important milestone and first step forward, of what will likely be a long, and potentially arduous process.

This first step to eventual modernization of the NWS is a relatively easy one undertaken by the military, technical experts within the Canada-US binational committee. Subsequent steps become more difficult as industry becomes engaged, other government departments and agencies within the Canadian procurement process, Indigenous communities, and finally the political decision-makers.

From this perspective there is a sixth puzzle piece, which simply resides within the bureaucracy seeking to bring attention to NWS, NORAD, and North American defence cooperation, and generate some momentum forward.

There are many questions that remain to be resolved. These include the identification of viable technologies, the parameters, or what is in and what is out of the cost-sharing arrangement with the United States, and environmental clean-up costs of the old NWS.

Time is pressing. It is not just that the NWS reaches the end of its life cycle in 2024. It is already obsolete as a function of both the threat posed by the new generation of long-range, high-speed Russian air-launched cruise missiles, among other new technologies, and the government’s 2018 decision to expand the Canadian Air Defence Identification Zone to align it with the entire Canadian Arctic archipelago. NORAD’s ability to deter and defend is already at issue. A significant capability gap exists in the defence of North America.

Wherever the “leak” came from, a valuable service has been performed by putting NORAD and NWS onto the national agenda. Whether, of course, it stays there remains to be seen, and perhaps it will be sufficient to not only put North American defence on the agenda for the fall election agenda, but also spur the government to act with a speed and diligence. I wouldn’t hold your breath, however, because this is Canada.

James Fergusson is the Deputy Director of the Centre for Defence and Security at the University of Manitoba.