Not to Aecon, nor to Huawei: The security of Canada can never be for sale: Crowley in The Globe 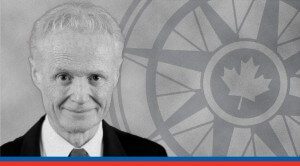 If the Aecon decision signals an increased skepticism by Ottawa vis-à-vis China and its intentions toward the West, that’s a welcome development, writes Brian Lee Crowley.

Recent accolades for Ottawa’s decision to disallow a Chinese state-owned enterprise’s (SOE) bid for Canadian construction giant Aecon are justified, but the real takeaway is that Ottawa’s policy on national security and foreign investment is an opaque, confusing mess

Consider not just the Aecon deal, but three other Chinese companies and their Canadian activities.

Chinese telecom giant Huawei was founded by a former engineer in the Chinese People’s Liberation Army and has been singled out as a noteworthy cybersecurity risk in Congressional testimony by the heads of the CIA, FBI, National Security Agency and the Defense Intelligence Agency in the United States. Of particular concern has been the prospect of Huawei equipment being integrated in the next generation of Internet 5G wireless networks that will be ubiquitous within a few years.

Even with extensive testing, understanding the function of every line of software or every piece of hardware in these systems is difficult. Yet the criticism of Chinese companies – whether owned explicitly by the state or not – increasingly heard throughout Western capitals is that they are not legitimate commercial enterprises, but unapologetic agents of the Chinese state and, even more worryingly, of the Communist Party of China.

[T]he criticism of Chinese companies...is that they are not legitimate commercial enterprises, but unapologetic agents of the Chinese state.

Who knows what surveillance or even sabotage functions might be built into such networks by a Chinese state that must consider that Western governments might eventually become potential or actual military adversaries?

If an Aecon, under Chinese SOE control, building Canadian infrastructure caused Ottawa national security heartburn, you’d think that having Huawei at the heart of building the backbone of our most sensitive communications infrastructure would cause gastroenteritis.

Instead, Public Safety Minister Ralph Goodale seems rather sanguine, telling journalists last March that an eye is being kept on Huawei and it does not pose a national security threat to Canadians.

I’m glad he thinks so. His optimism is not shared by Ward Elcock, John Adams and Richard Fadden, all former heads of the main agencies charged with this country’s national security, including CSIS, CSE, the Department of National Defence and others. Every one of them has gone on record warning against allowing Huawei to play any role in the development of this sensitive communications infrastructure.

Then there was last year’s purchase by China’s Hytera of Vancouver-based Norsat International Inc. The Trudeau government didn’t consider this deal even worthy of a proper national security review either, against the advice of Mr. Elcock and Mr. Fadden, both of whom argued that a deal like this merited a full national security analysis. According to one report, “Canada and many of its allies use the company’s patented satellite communications technology for security, public safety and defence.”

Those allies include the United States, who were not amused to learn that one of their suppliers was now controlled by a nation whose companies are notorious for filching intellectual property. Such property ends up in the hands of the state, unsurprising when Chinese corporate structure must give the paramount leadership role to cells of the Communist Party of China.

Finally, Ottawa last year also approved the sale of Montreal-based ITF Technologies Inc., reversing a veto of that transaction by the previous government on the grounds that it would reveal to the Chinese authorities military technologies that give an advantage to the West.

If the Aecon decision signals an increased (and justified) skepticism by Ottawa vis-à-vis China and its intentions toward the West in general and Canada in particular, that’s a welcome development. But when this government’s national security decisions on Chinese activities since coming to office are taken together, the pattern is alarming rather than reassuring.

If the government is serious now about protecting the security of Canadians in the face of explicit Chinese plans to use their country’s companies to advance Beijing’s interests, they need to make clear, explicit and consistent this change of heart.

One way of doing this would be to make a full national security review compulsory under certain circumstances – for example, when firms from countries that pose a national security risk (such as China) attempt to enter sectors critical to the safety and security of Canadians, such as energy, telecoms or infrastructure. Moreover, Canada needs a comprehensive long-term strategy, perhaps using a Canadian version of the Americans’ US-China Economic and Security Review Commission in the U.S. and co-ordinating with such bodies in other Western governments to share information and protect shared interests.

To better educate the public on these dangers, the government also needs to be as forthcoming as possible about the conclusions of these reviews.

The security of Canadians can never be for sale.