Now is the time for a Canadian Pivot to the Indo-Pacific: Preston Lim for Inside Policy 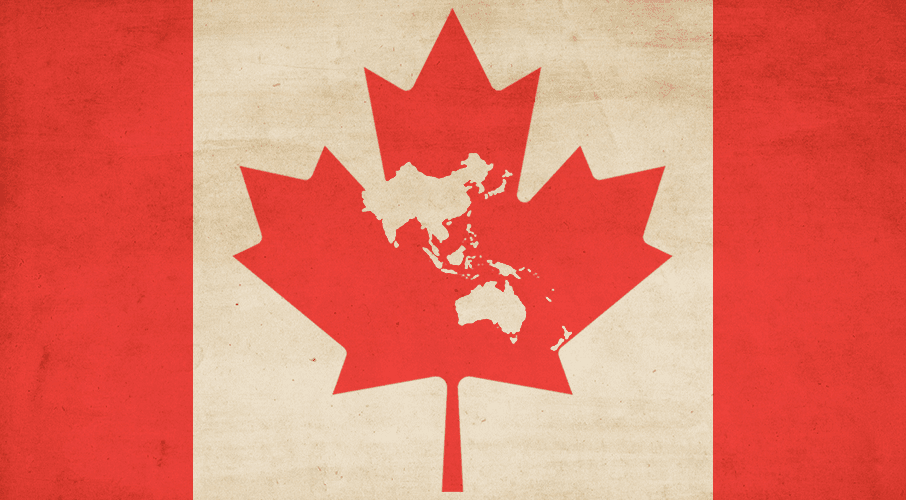 The rules-based international order, which has allowed Canada to flourish in past decades, is now under sharp assault in the Indo-Pacific. Ottawa must meet the China challenge head-on, by cooperating with our allies and making clear to Beijing that the rules of the road apply to everyone, writes Preston Lim.

Within the next several weeks, Canada is reportedly set to unveil a refurbished China policy. Recent remarks by prominent government officials hint that Ottawa may finally be considering a more confrontational stance towards Beijing. Prime Minister Justin Trudeau has publicly criticized China’s use of “coercive diplomacy,” for example. Defence Minister Harjit Sajjan has called on NATO to more closely monitor China’s actions.  And on October 3, the Royal Canadian Navy’s HMCS Winnipeg sailed through the Taiwan Strait, sparking a sharp response from China’s Ministry of National Defense.

The government’s strategic reset cannot come quickly enough. Ottawa’s inability to deal with Beijing has proven the cardinal foreign policy failure of Justin Trudeau’s prime ministership. As a middle power, Canada cannot hope to constrain China through bilateral means alone. Thus, in articulating a revitalized China strategy, the government must take a region-wide approach. Specifically, Canada needs to adopt a foreign policy pivot towards the Indo-Pacific, taking on a leadership role in the region and nurturing partnerships with key regional states with the objective of promoting a rules-based order and ensuring the region is not dictated by the coercive actions of one nation alone.

The Indo-Pacific region is key to Canada’s success in the 21st century. The region is home to some of the world’s most vibrant economies. In 2016, $3.4 trillion in trade passed through the South China Sea alone. Yet President Xi Jinping’s bellicose foreign policy and treatment of China’s neighbours have transformed the region into a geopolitical flashpoint. The world’s preoccupation with fighting COVID-19 has further emboldened China to up the stakes in many of these disputes. In recent months, for example, Chinese fighter jets have consistently intruded into Taiwan’s air defence identification zone. Chinese aircraft and vessels have on an almost daily basis violated the airspace and territorial waters surrounding Japan’s Senkaku Islands in the East China Sea. Further west, Chinese troops have attempted to redraw the de facto border with India, massing troops in the Himalayas and sparking the most serious Sino-Indian dispute since 1962.

Canada’s liberal democratic allies have realized the threat that China poses and have deployed their resources accordingly. The United States recently inked an intelligence-sharing agreement with India and approved the sale of US$1.8 billion in advanced weapon systems to Taiwan. For the first time since 2007, all members of the Quad – Australia, India, the United States, and Japan – participated in the Malabar joint maritime exercise. The French and British navies have also conducted multiple freedom-of-navigation patrols in the South China Sea. France has even announced an ambassador for the Indo-Pacific.

Where is Canada in all of this? Instead of building new trade and defence partnerships, the Trudeau government has eschewed a leadership role in the region, perhaps for fear of angering Beijing. Mr. Trudeau is right to be wary of China. But multilateralism offers a long-term solution: only by diversifying its relationships in the Indo-Pacific will Ottawa be able to carve out a more balanced relationship with Beijing.

As pertains to trade, Chinese restrictions on Canadian agricultural products have demonstrated that Beijing does not abide by free market principles. Though Trudeau has spent years trying to negotiate a Free Trade Agreement (FTA) with Beijing, he must now look elsewhere. Canada ought to prioritize the negotiation of an FTA with ASEAN and to deepen trade ties with democracies like India, Japan, and Taiwan. In the last century, Liberal Prime Minister Jean Chrétien famously led “Team Canada” delegations – filled with provincial premiers and Canada’s business elite – to China in an effort to grow trade ties. Prime Minister Trudeau should update the Team Canada concept, this time sending delegations not to Beijing, but to Delhi, Tokyo, and Taipei.

As pertains to defence, Canada must do its part to defend liberal international norms in the Indo-Pacific. The Royal Canadian Navy should deploy frigates in support of US-led freedom-of-navigation operations, to demonstrate that China’s maritime claims in the South China Sea violate international law. Canada should increasingly furnish Asian democracies – at least those with clean human rights records – with both materiel and technical expertise. And Canada should ultimately press to join the Quad, though it could take months, if not years, to convince the Quad’s members of Canada’s newfound resolve.

All throughout, the Trudeau government should craft its Indo-Pacific strategy in a more consultative and democratic fashion. The Liberals will have little trouble convincing Conservatives of the value of an increased role in the Indo-Pacific: Erin O’Toole has advocated for a revitalized China policy since he was Foreign Affairs Critic. The government might benefit, however, from passing difficult questions of policy to the Special Committee on Canada-China Relations for deeper study. The Prime Minister should also coordinate with provincial premiers, since so much of effective trade policy inheres in provincial, not federal, action.

In his December 2019 mandate letter to Foreign Minister Champagne, Mr. Trudeau called for an expansion of “Canada’s support for the rules-based international order.” That order, which has allowed Canada to flourish in past decades, is now under sharp assault in the Indo-Pacific. Ottawa must meet the China challenge head-on, by cooperating with our allies and making clear to Beijing that the rules of the road apply to everyone.

Preston Lim is a J.D. candidate at Yale Law School.