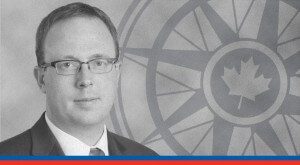 A clarified legal landscape might avoid the need to buy a pipeline, writes Dwight Newman.

The end-of-May deadline imposed by Kinder Morgan to get clarity on its proposed Trans Mountain pipeline expansion is looming. Quite understandably, people have begun asking what has happened to the planned combination of legislative steps and negotiated financial support first proposed by the federal government in early April. Is this plan still going to happen? And can it?

Canada can still get this done. But it will require a larger role for legislation and robust federal government action than seems to have been on offer thus far. I want to describe a route forward, but we need first to understand the current context. On May 15, Prime Minister Justin Trudeau made some disjointed comments on the Trans Mountain pipeline, offering only vague assurances of progress. Within hours of negative media commentary commencing, a late-evening announcement was sent out that Minister of Finance Bill Morneau would answer questions the next morning.

On May 16, Morneau indicated a plan to compensate Kinder Morgan for any project delays resulting from British Columbia’s ongoing political interference. Negotiations are apparently continuing. Some journalists, such as Evan Solomon, have cited anonymous government sources as saying that the subject may be turning to a government purchase of the project.

Morneau’s comments alluded to still using legislative steps, but only with an indication that government officials are considering options. Chantal Hébert in the Toronto Star questioned this week whether legislation could make it through Parliament on any reasonable timeline, mainly because of possible challenges in the Senate, and singled out Senator Murray Sinclair as being set to block the pipeline.

The suggestions about the Senate and Sinclair specifically illustrate just how far off-track some of the analysis has gotten. Unnoticed by much of the commentary, the Senate Transport and Communications Committee reported back on May 10 on a pertinent bill called Bill S-245: The Trans Mountain Pipeline Project Act. The committee recommended the third-reading vote that will adopt it and let it move to the House of Commons. And, contrary to a certain narrative, during committee proceedings Senator Sinclair, while seeking further assurance that the bill affects only federal/provincial issues and does not undermine Indigenous legal positions, indicated that he supports this bill.

The suggestions about the Senate and Sinclair specifically illustrate just how far off-track some of the analysis has gotten.

Senator Doug Black of Alberta presciently first introduced Bill S-245 in February. It would declare the Trans Mountain project a work “for the general advantage of Canada.” For those that like legal details, that is special legal language that triggers section 92(10)(c) of the Constitution Act, 1867.

To be clear, it should not be necessary to adopt such legislation. In legal terms, the pipeline is already clearly in federal jurisdiction and provinces are not legally able to interfere with such a federal project.

But British Columbia has been exploiting some theories about the possibility of overlapping provincial regulation on environmental matters to create ongoing uncertainty. It set in course a multi-month procrastination exercise of sending a reference case to its provincial Court of Appeal that will now take much longer for a resolution. And the federal government has thus far played along, indicating it will be an intervenor in that case.

A more proactive federal route is possible. Adopting Bill S-245 in the House of Commons once it moves over from the Senate should be a no-brainer and can be done quickly on a bipartisan basis with Liberal and Conservative support. It will mark a clear reassertion of federal authority.

It is also open to the federal government to speed up judicial deliberations. Instead of intervening in a slow-moving provincial court action, it could refer the same questions over to the Supreme Court of Canada for an expedited hearing.

A clarified legal landscape might avoid the need to buy a pipeline. And standing up for legal clarity would also be a positive sign for future investors. Right now, it looks like Canada will just run a gong show en route to back-door nationalization. It’s time, instead, to get back to the rule of law and get Canada working again.

Dwight Newman is a Munk Senior Fellow with the Macdonald Laurier Institute and Professor of Law at the University of Saskatchewan.