Ocasio-Cortez’s Twitch stream is a masterclass in political communications: Richard Shimooka in the Toronto Star 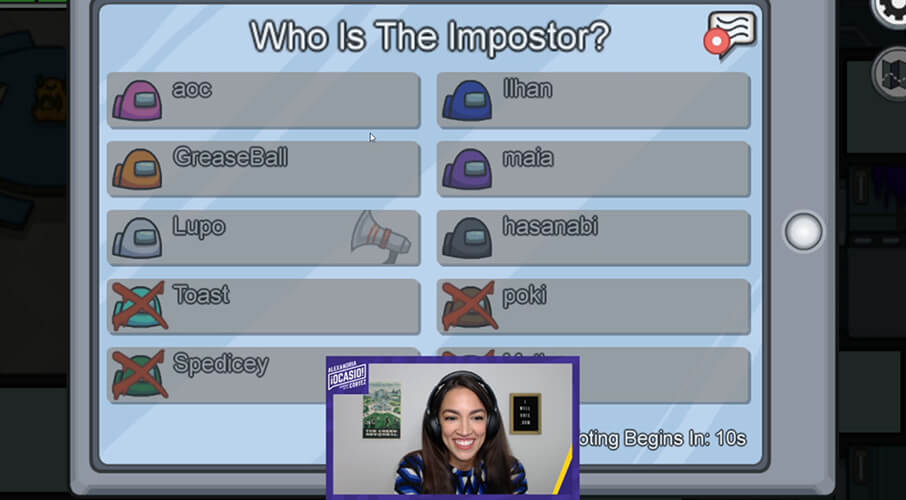 The ability to effectively utilize new media in a genuine and effective way is a major advantage. Perhaps one day people will look back at Ocasio-Cortez’s masterclass of a stream and point to it as a watershed in political communications, writes Richard Shimooka in the Toronto Star.

One of the most challenging feats for a politician today is to display authenticity. On a regular basis, we’re treated to awkward or downright cringy scenes of political pandering: Prime Minister Trudeau dancing in traditional garb during his trip to India, presidential candidate Joe Biden playing “Despacito” on his phone at a Hispanic campaign event, or former British Prime Minister Theresa May’s robotic dance moves, to name just a few.

Still, politicians must figure out how to connect with a wide variety of constituents — most of whom likely come from backgrounds wildly different from their own. The most difficult to reach are people aged 18 to 30, the most politically disconnected of all demographic groups. Younger millennials tend to consume media from a diverse range of sources, self-selected from Twitter, Reddit and YouTube. Since these sources are often closed to traditional media and poorly leveraged by politicians, these young adults can be much harder to engage.

On October 20, we saw arguably one of the most effective and memorable outreaches to this group. It starred first-term Rep. Alexandria Ocasio-Cortez, a progressive member of the Democratic Party and congresswoman for New York, who played the game “Among Us” on the streaming platform Twitch.

Ocasio-Cortez is a divisive figure — even within her own party — due to her staunch advocacy for progressive, left-wing policies. Nevertheless, in her nearly two years in office, she’s shown immense talent at utilizing social media as a political tool. It’s an example that many politicians should try to learn from.

First, her choice of venue laid the foundation. Twitch is the world’s most popular live streaming service, where people often play video games, create art or watch content, all while interacting with viewers. Twitch’s viewership skews heavily towards the 18-34 age demographic, so it’s a powerful platform if used effectively.

Her choice of game reflected that savvy. Ocasio-Cortez played “Among Us,” a game that seems to exist at the center of the Twitch zeitgeist at the moment. It’s a social deduction game, where one or two people are imposters who must eliminate the rest of the players without being discovered.

It has spawned the meme-ready “sus,” short for suspect, which players fling as shorthand to accuse others of being the imposter. It is a game that has an entertaining mix of social interaction, suspense and comedic moments. She was backed up by several popular streamers and Rep. Ilhan Omar, another member of the Democratic progressive wing.

While not a hard game to play, what brought everything together was that Ocasio-Cortez made it all seem effortless. Streaming itself is a challenging medium, but the congresswoman was able to do so as if she was a seasoned professional, rather than on her very first stream. By mixing humor with gameplay and refraining from a hyper-scripted or forced effort, it displayed that elusive authenticity. It also did not come across as particularly political — the stream’s purpose was to get out the vote, and she only made a few references to her progressive policies.

The results speak for themselves. At its peak, her stream had 438,000 viewers. It is in the top five most-watched streams by a non-corporate group in Twitch’s history. It’s difficult to imagine any other politician achieving a similar feat, yet no one would turn down the opportunity to have a captivated youth audience for three and a half hours.

The roughest historical parallel might be then-Senator John Kennedy appearing on “Tonight Starring Jack Paar” in 1960. A comedic late show was still a relatively new format, and the relaxed venue introduced him to the populace as an easy-going but intelligent candidate. Afterwards it became a routine event for political campaigns, most famously with then-presidential candidate Bill Clinton playing a saxophone on “The Arsenio Hall Show” in 1992.

The ability to effectively utilize new media in a genuine and effective way is a major advantage. While it is unlikely that most politicians today will stream themselves jumping through vents and sabotaging the O2, as players do in “Among Us,” perhaps one day people will look back at Ocasio-Cortez’s masterclass of a stream and point to it as a watershed in political communications.