Oh no, for the second time in 4 years, voters let down the commentators: William Watson in the Financial Post 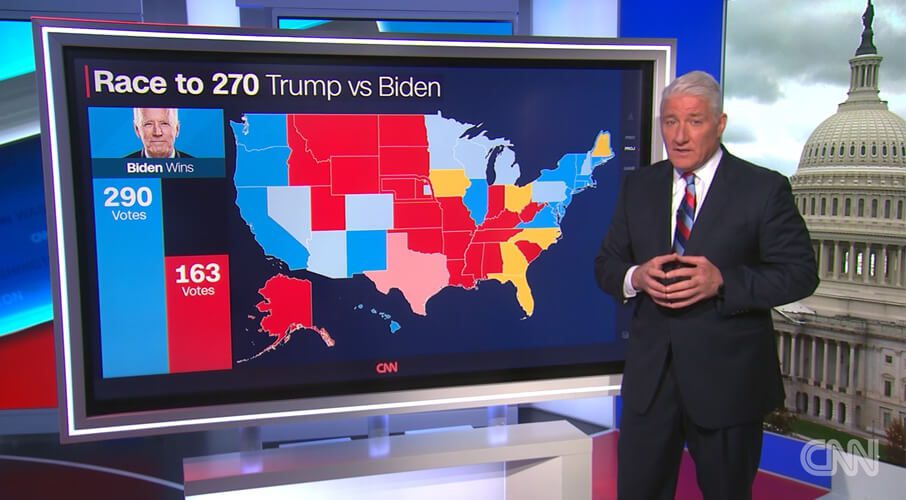 If Trump loses, will the seeming election-night consensus that Trumpism the outlook is here to stay, hold true? If so, William Watson asks: will it spill over into this country? Below is an excerpt from the article, which can be read in full here.

• As the race tightened to a cliffhanger, CNN anchor Jake Tapper chiding viewers who had been so unwise as to heed pundits who had forecast a Democratic sweep. And on which network would they have heard the most such wishful thinking, do you suppose?

• Over on PBS, Washington Post columnist Jonathan Capehart attributing Trump’s at least moral and possibly actual election victory to white supremacy — this right after New York Times columnist David Brooks had noted how Donald Trump had in fact made modest inroads among Black and Hispanic voters.

• Analysts on both networks looking almost literally stunned as, on camera, they processed the implications of fresh exit polls showing that for most voters coronavirus hadn’t in fact been their major ballot issue, as the Biden campaign and most commentators had assumed it was.

• CNN analyst and former Obama staffer Van Jones on the verge of tears in the wee hours, saying many people were hurting because, even if Joe Biden ended up winning the political victory, there hadn’t been the moral victory of the resounding repudiation of Trumpism that so many people had been hoping for.

• Also on CNN, the normally affable and analytic David Axelrod, former Obama adviser, looking about to explode in anger at Republican former Pennsylvania Sen. Rick Santorum’s Cheshire-cat smile as the latter said he thought that, with Trump ahead in several key undecided states, the president’s chances looked good.

You could almost feel the shock and dismay radiating off the screen as, for a second time in four years, the voters disappointed the commentators. Being a sort of commentator myself, and a Never-Trumper — loutish civic style more than negates policy achievement — I certainly feel their pain. If Biden does end up winning, however, they’re likely to get over it. They may even come to understand that the apparent saw-off in the Senate will prevent a Democratic legislative Niagara that almost certainly would have led to a 2022 voter backlash on the scale of 2010’s Tea Party.