How Canada’s oil and gas industries assist in the project of reconciliation: Ken Coates and JP Gladu in the Globe and Mail 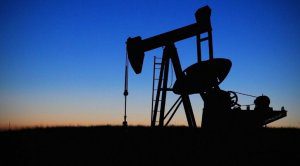 Across large parts of Western Canada, in fact, the oil and gas sector is central to Indigenous plans for poverty reduction, improved autonomy from Ottawa, employment and business development, write Ken Coates and JP Gladu in the Globe and Mail.

The Trans Mountain pipeline never seems to be too far from controversy.

A few months ago, the Supreme Court refused to hear Indigenous complaints about the consultation process, seemingly clearing the way for its construction. Companies moved thousands of kilometres of pipe into place, to be installed this year. But then insurers balked at the liabilities, backing away from the project. Major investors declared their intention to stay away from oil sands-related initiatives. And some Indigenous groups made it clear that they have not given up the fight against the project, promising broad civil disobedience if it proceeds.

The assertiveness and determination of Indigenous communities is hardly new. But the messages being sent about the energy sector – and about a reconciliation that we claim to be seeking – are mixed, to say the least. In a country eager for evidence of the legal and political empowerment of Indigenous communities, all we need to do is look beyond the limited national interest in rural and northern developments and the preoccupation with protest and look instead at how Canada’s resource sectors have made impressive strides toward meaningful collaboration and partnerships.

The mining, forestry and oil and gas industries are in some cases leading the way on reconciliation. That’s because resource projects are almost always in sparsely settled areas, and Indigenous peoples in northern and remote regions have precious few opportunities for economic development. So the projects are of crucial local importance.

Forty years ago, such an assertion would have been almost laughable. Indigenous rights were not well recognized, and communities had little leverage over governments and resource companies. Indigenous peoples fought, at great collective effort and expense, to convert treaty and Aboriginal rights into a viable and active authority – and it worked. Dozens of court victories – highlighted by the 2004 Supreme Court decision in Taku and Haida – along with well-crafted modern treaties, have made it clear that Indigenous peoples have a clear role in the country’s economic development.

It is not that Indigenous communities had completely ignored the oil and gas sector before that. Several dozen First Nations on the Prairies received payments for many years for energy produced on their lands. The returns were small when set against the potential, but the foundations for greater collaboration were built.

The rapid expansion of the industry in the 21st century – in Alberta’s oil sands, in British Columbia’s northeast fields and large shale deposits, particularly in the Montney region – changed industry dynamics. However, so too did the growing attention from environmentalists, who recognized Canada’s political vulnerability to well-organized protests. The oil sands emerged as the poster child for unsustainable energy development, attracting a steady stream of celebrity critics and urban protesters.

But in a surprising and little-recognized development, Indigenous peoples have found a variety of ways to work successfully with oil and gas and infrastructure companies. The oil sands firms launched numerous employment, training, procurement and collaboration arrangements. Even groups known for voicing long-standing concerns about the industry, such as the Athabasca Chipewyan First Nation, negotiated valuable business deals. When Trans Mountain was purchased by the Canadian government, some of these groups pushed for Indigenous ownership of the pipeline.

The controversy over the Coastal GasLink project is an excellent case in point. The initiative, tied to the LNG Canada plant near Kitimat, B.C., is supported strongly by the Haisla Nation. And the pipeline delivering gas to the facility, Coastal GasLink, has been endorsed by the elected councils of all of the First Nations along the route – a remarkable achievement that took years of collaborative effort.

Public attention, however, focused largely on hereditary chiefs from the Wet’suwet’en First Nation, of which there was a relatively small group that were outraged. This vocal group attracted international attention to their protests even while their communities were sharply divided over the issue. Rather than seeing Coastal GasLink and LNG Canada as a potential example of practical reconciliation, the project is often seen as standing alongside Trans Mountain as a national symbol of Indigenous oppression. But most First Nations along the route have signed agreements with the pipeline company and stand to gain substantially from the arrangements.

Indigenous opposition to energy projects is real and substantial and should be respected. But clearly the same must also be said about broad and extensive Indigenous support for oil and gas and infrastructure development. Across large parts of Western Canada, in fact, the sector is central to Indigenous plans for poverty reduction, improved autonomy from Ottawa, employment and business development. Oil and gas, along with mining and forestry, are among the only substantial industries available to Indigenous communities in remote regions. Continued reliance on federal funding, a prospect reviled by many Indigenous peoples, stands as the only alternative.

Canada’s efforts toward comprehensive engagement and sustained models of reconciliation must continue beyond this. But there are profoundly important lessons to learn from how the Canadian energy industry has moved reconciliation forward in its own way, even if it’s an area where few Canadians think to look.

It is far from surprising that there are significant concerns and protests; indeed, the country as a whole is divided on the economic future of oil and gas development. But the achievements of Indigenous communities, companies and governments in becoming one of the front lines of reconciliation in Canada deserve much greater recognition.

Ken Coates is a Munk senior fellow with the Macdonald-Laurier Institute and the author of How Far We’ve Come: Indigenous Engagement with the Canadian Energy Economy. JP Gladu is the president and chief development and relations officer of Steel River Group and a former president and CEO of the Canadian Council for Aboriginal Business.