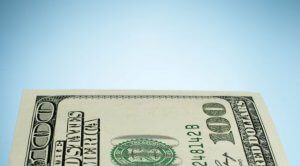 With all the new liquidity available, leading economists have been warning that the U.S. economy risks over-heating, writes Philip Cross in the Financial Post. Below is an excerpt from the article, which can be read in full here.

Rises in commodity prices over the last few weeks have been fuelling speculation that inflationary pressure could surface faster than central bankers believe — despite their having taken extreme measures since the pandemic began to bolster economic activity by both reducing interest rates to historic lows and greatly expanding their institutions’ balance sheets by buying assets. Accusations of central bankers “printing money” to do this and thus risking inflation have become common.

The money supply has long been at the centre of macroeconomics, so much so that until Keynesianism arrived controlling money was really the only task of policy. For centuries, the “quantity theory of money” (QTM) was how people understood the economy: more money chasing a given amount of goods meant prices would rise.

The QTM is based on the definition that the money supply times its “velocity,” i.e., the number of times it circulates in a given period, equals the real amount of GDP produced in that period, times its price. It is turned into a theory by assuming that velocity is stable over time and that output grows steadily. Assuming velocity is stable is not unreasonable, since the technology of transactions, whether they’re by cash, cheque or e-transfer, for instance, doesn’t change rapidly. If these assumptions are true, then changes in the money supply would be reflected in price changes. Milton Friedman’s famous statement that “inflation is always and everywhere a monetary phenomenon in the sense that it is and can be produced only by a more rapid increase in the quantity of money than in output” summarized how inflation occurred.