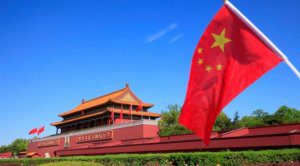 Unless an unhealthy mix of ultranationalism and Han supremacism is put back into its bottle, the future China is likely not only to prove highly destabilizing internationally, but it also risks failure as a state to meet the needs and expectations of its 1.4 billion citizens, writes J. Michael Cole.

Ever since the collapse of the Soviet Union and the demise of communism as a viable ideology, the Chinese Communist Party (CCP) has cultivated nationalism to sustain its legitimacy with the Chinese people. From the 1990s onwards, bereft of a unifying ideological foundation, the party encouraged the teaching of nationalism in school and, when needed, permitted its pent-up energies to flare up against would-be enemies. When the energies unleashed threatened to spin out of control, as they occasionally did amid protests, the party-state apparatus stepped in and the anger receded.

This utilitarian use of nationalistic fervor taps into Chinese people’s pride in their country’s elevation to superpower status as well as a simmering anger at perceived attempts by the outside world to deny China its rightful place. Initially, this brand of nationalism rarely became excessive and rather served as a pressure valve and source of distraction whenever the party needed to deflect public discontent. With Xi Jinping’s ascension in late 2012, however, that nationalist spirit has merged with a new ideological drive – one that places the CCP at the centre of an ethnocentric superstate that is inherently superior, infallible, and continuously assailed by external enemies.

Encouraged by Xi, boundless pride is now enmeshed with deep-seated paranoia. Such toxicity spreads like wildfire on a Chinese Internet that, though heavily censored and controlled by the CCP, allows the dissemination of wildest conspiracy theories – as long, of course, as those theories underpin the party’s positions. It is also becoming increasingly clear that the party’s uses of ultranationalism serves to shift attention away from the state’s shortcomings in dealing with various issues, such as the initial mishandling of the COVID-19 outbreak, environmental catastrophes, a widening wealth gap, and a slowing economy.

There are now worrying signs that this ultranationalism, which is now merging with Han supremacism, is out of control, with ramifications for Chinese policy-making that can only be surmised. Jingoism is now rampant on the Internet, with “little pink” armies assailing not only critics of Chinese behaviour abroad, but anyone within China who fails to remain within the acceptable bounds of the Han-centric superstate.

This worldview now attributes natural catastrophes, such as the recent flooding that killed more than 300 people in Henan Province, not to global warming or science, but to purported lies and disinformation by foreign journalists – or worse, to a secret “weather weapon” given to Taiwan by the Americans days before the extreme weather hit Zhengzhou. Party-controlled media, meanwhile, laud the “impeccable” government’s response to the catastrophes, while thugs and police intimidate local residents who feel compelled to lay down flowers in commemoration of the victims. (What little reckoning there has been since has tended to point fingers at officials who performed their duties poorly or even neglected their duties.)

This jingoism has reached even higher summits during the Tokyo Summer Olympics, where the defeat of Chinese athletes is attributed to flawed jerseys or attire by the opposing team that was designed to confuse the Chinese players. One Hong Kong athlete was heavily criticized online for wearing a black shirt, ostensibly because this suggested support for the pro-democracy movement in the territory. Defeat is now an affront in a zero-sum tally that is contrary to the spirit of the Games.

The greatest insult is for Chinese players to lose to competitors from Taiwan, the democracy of 23.5 million that Beijing threatens with annexation. Such competitors are not opponents, but “the enemy.” When a pair of badminton players from China lost the gold to a team from Taiwan (forced to compete under the insulting name “Chinese Taipei”), despondent netizens told the Chinese silver medallists to not even bother coming home.

Even when victorious, the Chinese products of this Soviet-style medal-churning state industry have not been spared chauvinist anger, as was the case when Chen Yufei defeated Taiwan’s Tai Zi Ying for the gold in badminton. Chen should have “crushed” her opponent, angry netizens claimed, but instead she had needed three games, all closely fought. A Chinese coach who led a team from another country to victory, for her part, had to go into hiding because she had purportedly betrayed her country. Many Chinese athletes, thus instrumentalized, now live in fear, as loss means indignity for the party and state.

The Reuters news agency, meanwhile, was the target of online ire and that of the Chinese embassy in Sri Lanka for purportedly selecting a photo of a Chinese weightlifter that put her in an unfavourable light. Taiwanese entertainers who cheered for Taiwanese athletes have been attacked online, facing accusations that they supported “Taiwan independence.” In at least one case, this resulted in the cancellation of advertisement contracts by a Chinese brand, likely the result of “little pink” pressure on the corporate sector.

No doubt this ultranationalistic fervor is partly the result of the Olympics and the premium that Chinese chauvinism put on excelling – again, as a symbol of Han superiority. Still, there is reason to believe this ideology is now painting how the Chinese view, and interact with, the outside world. China’s now-infamous “Wolf Warrior” diplomats are a symptom of this phenomenon, their tone deafness to local perceptions the result of a China that is increasingly inwards-looking, isolated, and wary of outside influences. This isolation is making it increasingly difficult for Chinese officials and academics to understand the world around them or to express views that contradict officialdom.

With regards to Taiwan, due to the paucity of contact with the other side since 2016, decisions about war and peace are increasingly being made by officials with little relevant knowledge of Taiwan – other than what is broadcast on official media, in online forums, or by highly marginal CCP proxies in Taiwan. This creates a vicious circle and “groupthink” that could very well lead to disastrous outcomes. As Han ultranationalists become increasingly active online and off, this bottom-up anger and hubris risk having greater influence on policy decisions that, more and more, will appear self-defeating and irrational.

Moreover, Chinese ultranationalism has led to a general refusal to look at objective reality or to accept their country’s limits and the party’s failings, instead redirecting failure toward some foreign plots or conspiracies. Together, that will inhibit the state’s ability to address the very real problems caused by a rapidly aging population, environmental degradation, global warming, a slowing economy and wealth inequality, among many other challenges. It is difficult to imagine how a local government will improve its reaction to future natural catastrophes if the official response to an emergency is driven by denial and conspiracies.

Unless this unhealthy mix of ultranationalism and Han supremacism is put back into its bottle, the future China is likely not only to prove highly destabilizing internationally, but also risks failure as a state to meet the needs and expectations of its 1.4 billion citizens – many of whom, it must be added, have not become infected with (but are certainly cowed by) the rabid views that outshout everything else and now threaten to hijack policy-making.

Michael Cole is a Taipei-based senior fellow with the Macdonald-Laurier Institute, the Global Taiwan Institute in Washington, DC and the Taiwan Studies Programme at the University of Nottingham. He is a former analyst with the Canadian Security Intelligence Service in Ottawa.