One carbon strategy is enough: Jack Mintz in the Financial Post 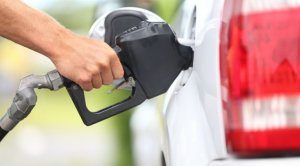 Adding on needless regulations and budget-blowing subsidies, all while going it alone, could make carbon-pricing the most-cost way to reduce emissions, writes Jack Mintz in the Financial Post. Below is an excerpt from the article which can be read in full here.

Give credit to the federal Liberals. It takes chutzpah to announce a 567 per cent increase in a tax during a pandemic-induced recession. Sure, the carbon tax will take 10 years to rise from $30 this year to $170 per tonne in 2030. Most Canadians won’t notice. And even when fuel and heating costs start hitting their bank accounts in a serious way, mid-decade, many will be comforted by rebate cheques — for as long as those continue. Those rebates in 2030, however, won’t cover potentially $5 billion in new revenues from GST/HST applied to carbon taxes embedded in energy prices.

Businesses have a long-term perspective, however, and most don’t get rebates. They need to decide today whether their investments will be profitable in the next decade or more. With mounting public debt and looming “reset” social policies, investors will expect more taxes and regulations coming down the road — the carbon plan being merely the first.

The Liberal plan relies not only on a steeply rising carbon tax but also on new regulations, such as the clean fuel standard and at least $12 billion in subsidies for electric vehicles, building retrofits, and green infrastructure and technologies. It aims to achieve in 10 years what hasn’t been done in the past 15.

It is one thing to pick a target, but it is another to design the least-cost approach without racing ahead of the rest of world. This plan won’t do it.

Since 2005, greenhouse gas emissions (excluding credits for forest absorption of carbon) have virtually stayed the same. True, they are expected to fall by 15 per cent this year alone but that took an unprecedented recession with widespread layoffs and bankruptcies to accomplish. For most Canadians, economic calamity to reduce emissions is not a good idea.