Ontario needs to stop dragging down small business: Philip Cross for Inside Policy 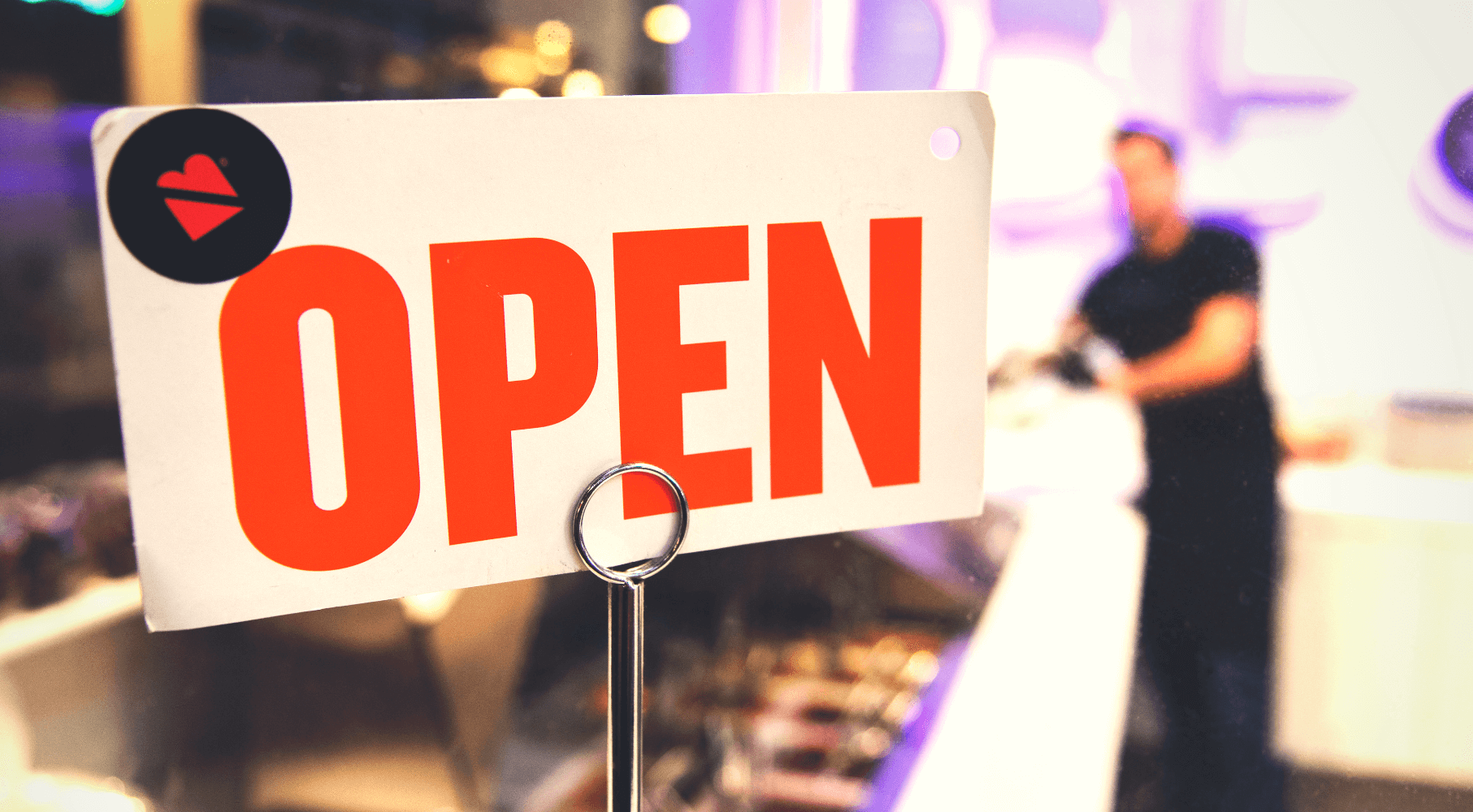 As Quebec cleans up its act, Ontario is losing one of it's few competitive advantages. It needs to respond by cutting regulation and rekindling employment growth in struggling small firms, writes Philip Cross.

It is well known that by almost any measure Ontario has lagged behind the rest of Canada when it comes to economic growth for over the past decade.

While the symptoms of lagging growth are glaring—weak income growth, a declining employment rate, high unemployment among youths, rising government debt and an historic descent into ‘have not’ status in the Confederation—the causes are not completely understood.

In this article, I would like to focus on employment by firm size and its relationship with regulation.

Since the recovery from the 2008-2009 recession began, employment growth in Ontario has differed widely by firm size. Using Statistics Canada’s labour force survey, which measures employment by the size of the employer, Ontario’s job growth has been led by the largest firms. As firm size declines, so does employment growth.

The slow growth of small firms in Ontario over the past decade is important. Small businesses had 1.86 million employees in 2018 compared with only 0.934 million for the largest firms. The smallest firms with less than 20 employees account for nearly one-third (30.4 percent) of all employment in Ontario. This is nearly twice the 15.3 percent of the largest firms. Clearly, the struggles of small firms in Ontario is an important factor in explaining why overall job growth has languished. 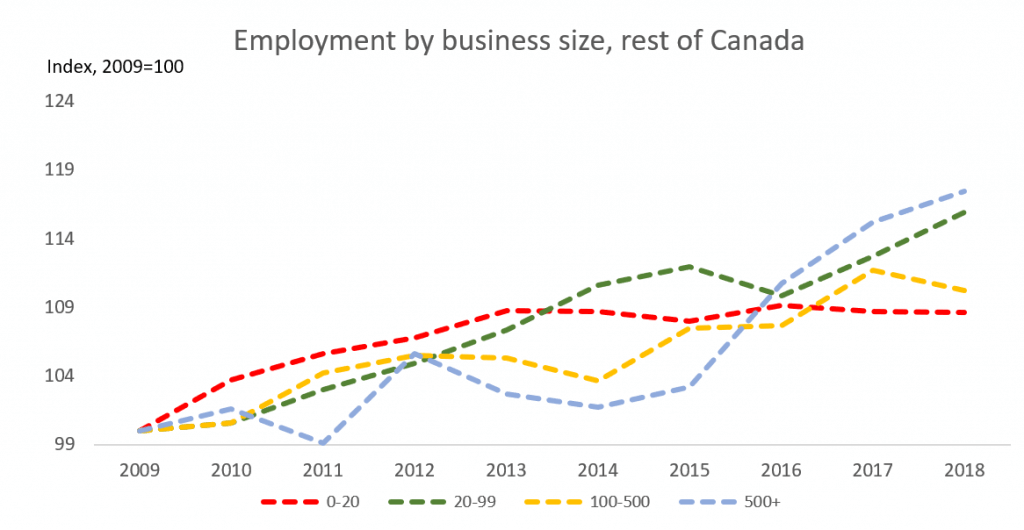 What has contributed to the weak job creation by small firms in Ontario over the past decade? The sectoral pattern of demand cannot be faulted. Small firms are concentrated in areas such as construction and retail trade, areas where demand has been growing, especially with the housing boom in much of Ontario. Taxes also seem an unlikely explanation, as governments of all stripes have tried to lower the tax burden on small firms to encourage their growth.

An important reason why small firms in Ontario have lagged is the cost and complexity of regulation. The Ontario government, by its own admission, has the most regulations of any province in Canada, with nearly 300,000 on the books, double the number in BC, which has the second most regulations. It is well known in economics that regulations are more burdensome for small firms. Large firms often welcome more regulation, as it is easier for them to hire people to comply with them and distribute this cost across their large operations. Large firms often use regulation to suppress competition from their smaller brethren. For small firms, the option of hiring someone to deal with regulations and form-filling to demonstrate compliance often is not an option.

Ontario has not had to work hard at improving its competitiveness since 1976, when the separatist movement took power in Quebec. Imagine how the histories of the two provinces would have played out differently if a large part of Canada’s financial industry had not shifted from Montreal to Toronto after 1976. There was a large out-migration from Quebec around the 1980 and 1995 referendums, mostly to Ontario and often of its most skilled workers.

Put simply, Ontario for decades has benefited from being next door to a province with considerable and costly political instability on top of an intrusive state. However, with the steady retreat of the sovereigntist movement, culminating in the election of a CAQ government dedicated to reining in government and shelving the separatist question, Ontario is losing one of its most obvious competitive advantages.

Ontario must now earn its way with policies that restore its competitiveness. Less regulation would help restore the province’s competitiveness and rekindle job growth in small businesses.

Philip Cross is a Munk Senior Fellow at the Macdonald-Laurier Institute. This article is based on his written testimony at the Ontario Standing Committee on Finance and Economic Affairs on January 22, 2019.