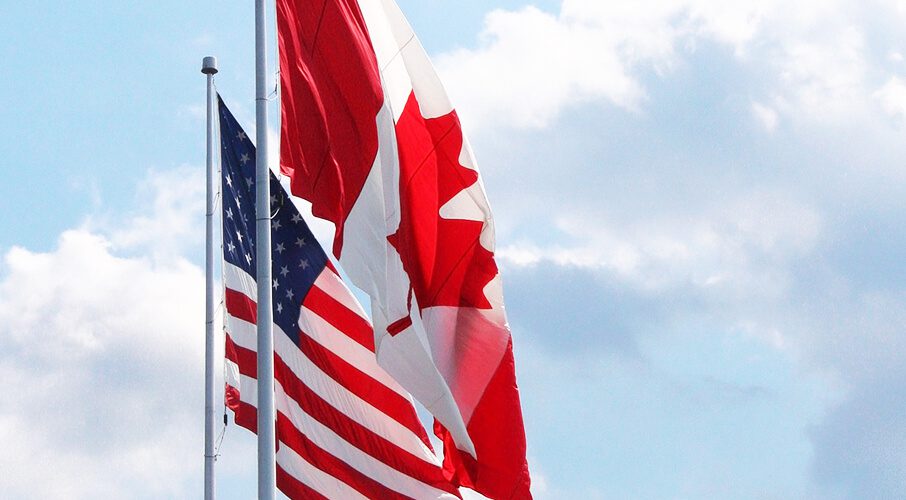 The following is a short commentary from Christian Leuprecht and Todd Hataley examines the "Open Borders Paradox" which holds that borders depend on extensive cross-border cooperation both for their effectiveness and legitimacy. "The way Canada and the United States managed their joint land border in response to COVID-19 illustrates the extent to which functional borders are a reflection of democracy more broadly: secure and well-managed as a necessary albeit insufficient condition for openness."

This piece was originally published by the Canadian International Council (CIC) and is being republished with permission. The full PDF version of the article can be downloaded here.

The “Open Borders Paradox” hypothesizes that open borders actually depend on extensive cross-border cooperation both for their effectiveness and legitimacy. A necessary condition for borders to be open is that they be well-managed. Open borders, then, are premised on extensive cross-border cooperation at multiple governmental and non-governmental levels. The bordering process, in other words, is inherently dialectical, driven by state, substate and local government, private sector and local actors. The Canada-US border regime, not least as it came under great stress from the COVID-19 pandemic, is a great test case for the open border paradox.

Charles Doran laid the foundations of international relations research on the diverse dynamics of cross-border relationships by conceptually specifying the ‘psychological-cultural,’ ‘trade-commercial’ and ‘political-strategic’ dimensions of the Canada-US relationship. The hallmark of open borders are structural frameworks that are intended to resolve coordination problems across these dimensions. A complex transgovernmental border regime has emerged as the key enabler of an open border between the two countries. That regime is a function of the extent to which the United States and Canada coalesce around continuity in shared interests, institutions, ideology, notwithstanding variations in political ideas. Despite the politically strained relationship between the Trump administration in Washington and Ottawa, that regime proved agile at coordinating on a common approach to the border when the global COVID-19 pandemic put it to the test.

The globalization of security, trade and migration had already caused the North American continent to be reconceived as a transnational space. Borders are critical to maintaining territorial integrity, and that the best way to accomplish this was to move some of the traditional functions of the border away from the physical line.

A variety of historical agreements between Canada and the United States have marked the development of a bilateral border security regime. The United States - Canada Smart Borders Declaration and Thirty-Point Action Plan were announced in December 2001 with the singular aim of “enhancing the security of our shared border while facilitating the legitimate flow of people and goods.” The Action Plan’s four pillars remain hallmarks of cross-border coordination: 1) the secure flow of people, 2) the secure flow of goods, 3) secure infrastructure, and 4) information sharing and coordination in the enforcement of these objectives. The Security and Prosperity Partnership, signed in 2005, in particular initiated a shift in the direction of North American borders: away from the maintenance of state integrity, to building capacity for shared border management and the movement of North American borders away from traditional geographic locations.

The bordering process: beyond territoriality

As the border shifts away from the actual borderline, the US-Canada border is a quintessential case study in transformational thinking about borders as geographic limits on state power, to that of a transgovernmental border regime, where power and function are geographically dispersed and a common set of interests, institutions, ideology and ideas shape the trajectory of border change. The rise of a-territorial border measures, such as cargo and passenger pre-clearance, are one indicator of these changes.

When the COVID-19 pandemic broke and went global, it occasioned the coordinated temporary “closure” of an open border. In the process, it accelerated the process of decoupling territory from sovereignty by doubling down on the effectiveness and legitimacy of the transgovernmental regime that spans the US-Canada border.

Bilateral and binational cooperation across the US-Canada border exemplifies the open border paradox: the mutual benefit that accrues from open borders is a function of extensive cooperation. Over the decades, that cooperation has transformed the US-Canada relationship into a continental transnational space whose hallmark is the extent to which mutual cooperation has precipitated an intentional shift of managing the joint border away from the actual borderline. Cross-border transgovernmental networks are the means to that end. These networks have been tested by the experience of COVID and the imposition of border restrictions but have proven durable.

Christian Leuprecht is Class of 1965 Professor in Leadership, Department of Political Science and Economics, Royal Military College, Director of the Institute of Intergovernmental Relations, School of Policy Studies, Queen’s University, Adjunct Research Professor, Australian Graduate School of Policing and Security, Charles Sturt University, and Munk Senior Fellow in Security and Defence at the Macdonald Laurier Institute.  A former Fulbright Research Chair in Canada-US Relations at the School for Advanced International Studies at Johns Hopkins University in Washington, DC (2020) and a former Eisenhower Fellow at the NATO Defence College in Rome (2019), he is a recipient of RMC’s Cowan Prize for Excellence in Research and an elected member of the College of New Scholars of the Royal Society of Canada.

Todd Hataley is a professor in the School of Justice and Community Development at Fleming College and current Fulbright Research Chair in Canada-US relations at Johns Hopkins University.  He is a retired member of the Royal Canadian Mounted Police.  During his tenure as a federal police officer he conducted investigations into the smuggling of drugs, weapons and humans, money laundering, organized crime, national security and extra-territorial torture investigations.  Dr. Hataley is also an adjunct associate professor at the Royal Military College of Canada.  His research currently focuses on the management of international boundaries, public safety, Indigenous policing and transnational crime.