Open offices shouldn’t be seen as one-size-fits-all answer to workplace productivity: Nazareth in the Globe 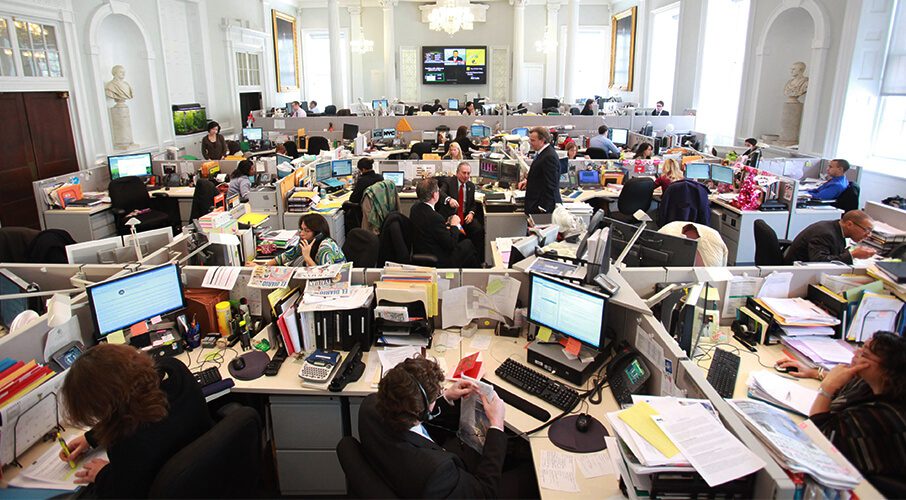 There is no one-size-fits-all answer for office productivity. Open offices may not be as good for interaction as commonly thought, writes Linda Nazareth.

Many politicians dream of sweeping into office and literally sweeping into grand offices, with plans to enjoy heirloom furniture, expansive spaces and panoramic views. U.S. presidential candidate Michael Bloomberg, however, has a different vision. In a tweet that attracted much attention in December, he pledged to use the White House Oval Office for official functions, but otherwise would “sit in the open with everyone else.” That was apparently his practice as New York mayor, and he is firm in his belief that teams are more effective when they are not walled up from each other. By his logic, open-plan offices are good for communication and building trust, except that maybe they are not.

The latest evidence that open-plan offices may not be as good for interaction as commonly thought comes from new research by business professors Ethan Bernstein and Ben Weber recently published in the Harvard Business Review. Using sensors to monitor where employees were every minute and by collecting “digital breadcrumbs” to check their use of everything from meeting planning systems, e-mail and enterprise social media such as Slack, they were able to study workers at two large organizations both before and after they transitioned from cubicles to completely open offices. The verdict: face-to-face interactions dropped by 70 per cent when firms moved to open offices as compared to when there were walls between them.

So how is it that people are less likely to interact with the colleague they see in front of them than the one behind a cubicle wall, perhaps several cubicles away? The researchers make the point that the very fact that we now have more technology available makes the likelihood of dealing face to face with a colleague lower. That is, if you schedule a meeting and send an electronic notice about it to a co-worker, they can decide whether they want to respond to you at all, something that would not be the case if you were forced to tell them about it. And there are other ways to tune out colleagues, too, if you so choose, from pulling on headphones to simply ignoring those around you.

The researchers say that open-plan offices trigger something akin to what is referred to in the theatre as the “fourth wall” that exists between the stage and the audience. The term was coined by the 18th-century philosopher Denis Diderot, who suggested that actors should imagine a wall separating them from the audience and use it to prevent them from being distracted by things beyond their control. In the case of open-plan offices, workers effectively put up their own fourth walls, shutting out distractions as best they can and providing co-workers with verbal and non-verbal clues that they want to be left alone to work. Familiarity breeds contempt, the saying goes, and apparently having your co-workers in your face all day makes them way too familiar.

The issue of how to structure offices is an increasingly important one these days as companies try to find space for permanent employees who show up every day, remote ones who come in once in a while and perhaps contract ones who are in for set periods of time. At the crux of it is creating the best environments for teams to thrive, even though those teams may be made up of on-site and off-site workers who are added and removed from the teams as project needs change. The answer though is apparently not to dump everyone in a large space and assume that they will get along fine. Even if they do get along, people who need to get work done need some uninterrupted time and space to do it, and distractions are costly.

There is no one-size-fits-all answer to what the ideal office for productivity would look like, with the ideal really depending on what the most important outcomes are for each company. One answer could come from providing the right kind of meeting spaces – the researchers also found that in one large company, 50 per cent more interactions took place in spaces where whiteboards could be used to create movable rooms than in completely open spaces. Their research also showed that old-fashioned ideas such as having coffee machines and snack areas as well as running off-site events such as barbecues brought people together very well without tearing down walls.

It is food for thought, whether we are talking about government offices or newsrooms. Closing up the Oval Office may be one way to go for Mr. Bloomberg or whoever wins the next mandate to govern the United States, but if providing a communal cookie jar does the same thing, they may not need to do anything nearly as dramatic.