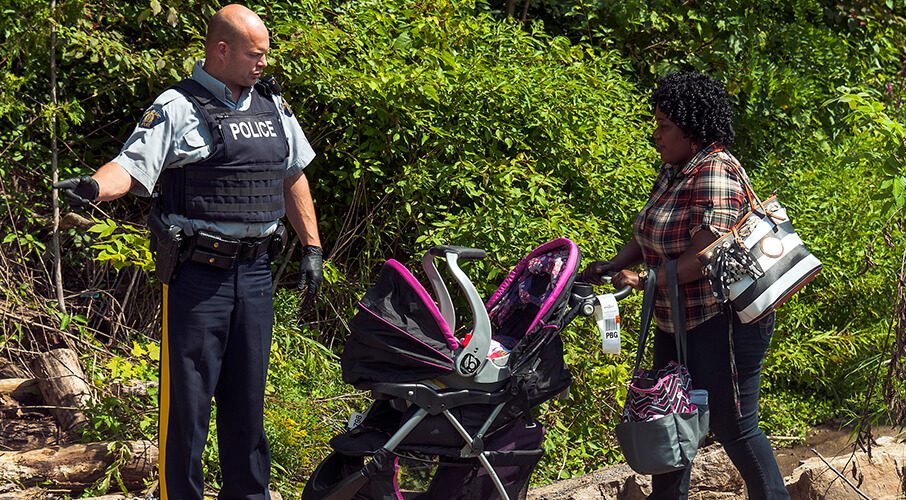 If Canada decides to declare the US unsafe, we need solid reasons that withstand rigorous scrutiny, writes Michael Barutciski. This judgment does not provide those reasons.

The Federal Court’s recent ruling that the Safe Third Country Agreement (STCA) between Canada and the United States is unconstitutional will make Canada’s refugee policy more complicated. If this ruling stands, Canada’s ability to share responsibilities with the US concerning refugee claimants will be severely constrained. Yet the issue represents a dilemma because the Federal Court’s view that the US is unsafe for refugee claimants is understandable given the questionable practices south of the border.

In the written reasons for her decision, the presiding judge, Ann Marie McDonald, focuses on Washington’s migrant detention practices in concluding that the rights to liberty and security are threatened by the STCA. While at first glance these practices may indeed “shock the conscience” of Canadians, we deserve a fuller explanation. The judgment’s explanation of the facts is incomplete, just as the evidence presented appears somewhat one-sided. If the government strongly opposed this constitutional challenge to legislation that authorizes the STCA, then it is not obvious from the written reasons for the judicial decision. The next question is whether Ottawa will appeal this controversial judgment.

There are several aspects that could be challenged on appeal. According to Justice McDonald, who was one of Harper’s last judicial appointments before his electoral defeat in 2015, the ineligible refugee claimants who are returned to the US in accordance with the STCA are immediately imprisoned “solely for having attempted to make a refugee claim in Canada.” That is a questionable presumption.

Nowhere in the judgment is there any evidence that establishes “those returned to the US by Canadian officials are detained as a penalty.” It leaves unaddressed important details about the migrants’ legal status and why they did not claim asylum in the US. The implication is that the authorities’ use of detention has no legal basis. By emphasizing that the “penalization of the simple act of making a refugee claim is not in keeping with the spirit or the intention of the STCA,” the Federal Court suggests it does not understand why the claimants are detained.

At the very least, the judgment should have explained why the US judicial system has not concluded that this type of detention of “illegal aliens” violates the right to freedom guaranteed by the Bill of Rights and the Fourteenth Amendment. While Ottawa increasingly uses the expression “irregular migrants,” they are officially referred to as “illegal aliens” in US federal legislation. Canadian courts examining practices south of the border have to consider that the distinction between citizens/non-citizens is critical in the US with regards to identifying migrants’ rights under the US constitution. The limitations on liberty would therefore not be arbitrary and could possibly be justified under s. 1 of the Canadian Charter of Rights and Freedom as a measure that is not simply about “administrative efficiency.” Unfortunately, it seems Justice McDonald does not believe there is more than “administrative efficiency” at stake.

Although detention conditions are a highly debated and contentious issue in the US, there is nothing in this judgment challenging or questioning the allegations brought before the court. This is odd because the issue has been controversial for several administrations in Washington and we know that the US judiciary does not share Justice McDonald’s unequivocal evaluation. Although Canada is not bound by US interpretations or conclusions, how can a Canadian court conclude there is a human rights violation resulting from the alleged behaviour of US officials without exploring the view of US courts? The impression left is that the conditions are unacceptable from a Canadian perspective but not from a US perspective. If that were so, it needs to be spelled out clearly given that the Canadian Charter is indirectly implicated in this case.

If the STCA truly infringes the Charter, then Ottawa would have to accept that the STCA’s ongoing review process was inadequate even though it involved the UN High Commissioner for Refugees. The lawyers representing the Attorney General of Canada either had little to say on these points or Justice McDonald ignored them.

By “certifying” the key legal questions, the Federal Court is indicating that it seeks guidance from the Federal Court of Appeal. The Trudeau government has until September 30* to appeal this judgment. Some observers might consider that it provides Trudeau with diplomatic cover so that he can now claim he is forced by the courts to consider the US unsafe. While there is a cynical logic to this argument, we need to be reminded of our own interdiction practices unless we want to appear as hypocrites.

Canadian governments of all stripes have always done everything possible to prevent asylum seekers from reaching Canada’s shores. From strict visa issuance policies to airline sanctions for undocumented travellers, Canada is a model for migration control intended to discourage potential asylum seekers. This is why some migrants from poor countries obtained US visas to fly to New York City before taking the bus/taxi to Roxham Road on the Quebec border. They would never have received Canadian visas. What is referred to in the judgment as Trump’s “Muslim Ban” actually addresses the relatively lax US visa policies and arguably brings them closer to Canada’s discreetly restrictive approach.

Seen against this backdrop, the ideological battle surrounding the STCA has been misleading when considering Canada’s overall refugee policy. Let us look at the full picture before treating this issue as a moral crusade. An appeal in this particular case would at least give Canadians a clearer picture of all the rights and obligations involved when cooperating with our continental partners on refugee protection.

What would be the consequence of not appealing? In practical terms, Canada could no longer participate in the STCA with the US, so the government would have to invoke the treaty’s Article 10 in order to have it terminated. Non-Canadians travelling through the US would generally no longer be considered ineligible if they request refugee status at a Canadian land border port of entry. They could still be considered ineligible for other reasons such as a prior rejection by Canada’s refugee status determination system or involvement in serious criminality, but it is likely that the number of refugee claimants would rise as a result of the more lenient border procedures.

It would be cynical and hypocritical of the Trudeau government to accept the Federal Court’s ruling. Such acceptance would, of course, play to the supposed moral superiority of Canadians. By defining the US as “unsafe” for refugee claimants, Canadians could be seen as moralizing about a complicated US problem that the Federal Court of Canada did not examine or explain in sufficient detail. If Trudeau believes in continental relations that are based on understanding the subtleties of our neighbour’s immigration difficulties, his government should appeal this judgment in order to get more nuanced guidance.

Michael Barutciski is a lawyer and faculty member of Glendon College (York University). He previously directed the diplomacy programme at the University of Canterbury Law School and held a fellowship in law at Oxford University’s Refugee Studies Centre.

*This has been corrected. The original version of this article had cited the wrong date.