Ottawa can't cap oil sands output so Trudeau should stop saying he can: Philip Cross in the Financial Post 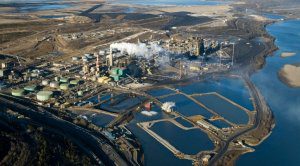 The Liberals ceded direct control over oil sands emissions when it implemented a carbon tax instead of a 'cap-and-trade' system, writes Philip Cross in the Financial Post. Below is an excerpt from the article, which can be read in full here.

During a weekend campaign stop at Granby, Que., Justin Trudeau defended his government’s purchase of the Trans Mountain pipeline by saying “The biggest concern that people have around the pipeline is, ‘Oh, we’re going to see oil sands expansion.’ No, we’re not.” The promise to curtail the oil sands echoes his famous 2017 remark to a gathering in Peterborough, Ontario, that “We can’t shut down the oil sands tomorrow. We need to phase them out.” This is just the latest example of Trudeau’s penchant during election campaigns to promise whatever the audience wants to hear without considering whether he can conceivably deliver it.

In a recent paper for the Macdonald-Laurier Institute, I outlined how oil sands production has powered ahead even after the swan dive of oil prices in 2014. The oil sands have expanded rapidly to account for 70 per cent of all oil produced in Canada, with one-third of their growth occurring since 2015 when Trudeau took office. Capital spending of $8.3 billion a year in the oil sands is four times that of auto manufacturers, whom the prime minister has no trouble subsidizing even as he disparages the fuel that powers almost all of their vehicles.

Oil sands production has followed a remarkably stable growth path since 1991. This reflects how its huge capital outlays require a long-term planning horizon that ignores both cyclical downturns in oil prices and electoral cycles in politics. This steady growth almost certainly will continue no matter what Trudeau says. IHS Markit projects that even after the drop in oil prices in 2020, oil sands output will rise from 2.7 million barrels a day to 3.8 million barrels by 2030. Half of the forecast increase comes from existing operations, which suggests the ruling party in Ottawa has no mechanism to prevent more oil sands production no matter who is its leader. The National Energy Board does control the issuance of permits for oil exports, but it is independent of the Prime Minister’s Office.