Is Ottawa's Pharmacare Announcement Based on Ideology or Evidence? Sean Speer for Inside Policy 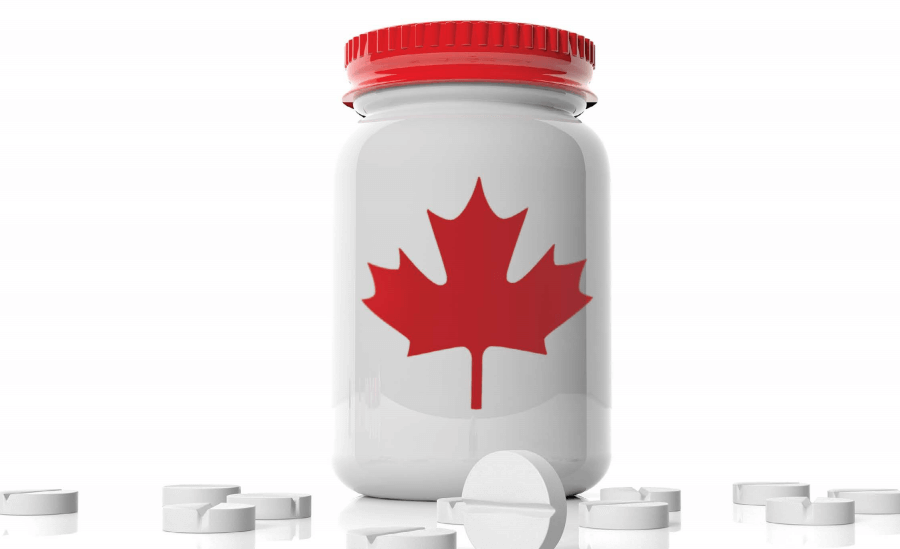 When it comes to pharmacare, policy-makers should focus on a targeted solution for the small yet real share of the population that presently does not have drug insurance, writes Sean Speer.

The release of an interim report by the Trudeau government’s Advisory Council on the Implementation of National Pharmacare provides us new insight into the independent panel’s thinking, the probable focus and tone of its eventual recommendations, and the government’s possible policy response.

The short report pulls on different threads and arguments to arrive at the conclusion that Canada needs a new national drug agency and a national drug formulary. The case for this direction bounces between the panel’s concerns about broad-based insurance coverage, the cost of drugs, and the usual laments about the so-called “patchwork” of policy and preferences in a federal country. An emphasis on “evidence-based” decision-making seems to conceal an ideological commitment to nationalizing drug insurance in Canada irrespective of the ultimate argument.

The interim report contains a few relevant assumptions, observations, and directional intentions. It is worth addressing them in sequence.

20 percent of Canadians are uninsured or under-insured

MLI research has found that approximately 10 percent of the population are uninsured. Presumably the other half are reflected in the panel’s characterization of “under-insured.”

Notwithstanding these differences, it is relevant for the panel and federal policy-makers to concern themselves with this 10 to 20 percent. No one would dispute that.

Who are they? Why do they not have insurance? What should be done to try to expand insurance coverage to them?

We know a bit about them.

A large share is neither poor nor old. Otherwise they would likely be covered by provincial programs that target low-income people or seniors, such as Ontario’s Trillium Drug Program.

They do not receive insurance coverage through an employer. This presumably means that they work for small firms or are involved in non-traditional employment circumstances such as the “gig economy”, non-profit work, or self-employment. MLI research estimates that 2.8M (or roughly 80 percent) of the non-insured cohort falls into the latter category.

These characteristics mean that this cohort is generally working-age and earning income that exceeds the phase-out thresholds for public programs. It does not mean that policy-makers should not be concerned about them. But it might change how we think about the role of government and public policy. While this is a unique cohort, it is not necessarily a vulnerable one.

And it is worth emphasizing that even using the panel’s 20-percent figure, policy-makers should not neglect that the current mix of private and public insurance is providing coverage to 80 percent of the population. Various polls tell us that the vast majority of this group is generally satisfied with the access and costs of prescription drugs.

The point is even the panel concedes that we have a targeted problem rather than a large one. It seems to me that the policy-making process ought to start from this premise.

The panel warns that Canada’s overall spending on drugs – including both by public and private insurance plans – is unsustainable and requires reform. The basic idea here is not just that we have an access problem for vulnerable groups but that aggregate spending on prescription drugs must be constrained.

This amounts to a second and different argument. The problem is now defined as being principally about cost rather than access or coverage.

It may be understandable that governments are concerned about drug costs. They are the fastest-growing health-care expenditures for the provinces and territories and we know that overall health-care costs are contributing to long-term fiscal sustainability challenges for virtually sub-national government in the country.

But it not obvious that (1) we should be concerned about drug costs more generally especially in relation to the benefits that prescription drugs and pharmaceutical innovation provides or (2) having government assume responsibilities for these costs will produce better outcomes - including with respect to overall cost.

On (1), the fact is that Canada is a wealthy society and research shows that wealthy societies consume more health care. It does not mean that there is no room for efficiencies. But the idea that there is an inherent problem with a society spending a lot on prescription drugs is not self-evident. Especially since we need to judge those costs relative to the benefits that patients derive. This point is excluded from the interim report.

As for (2), it is similarly unclear that a government-centric model will be cheaper and more efficient unless, of course, drug coverage under a national formulary is considerably narrower than most people receive under their private coverage.

This point cannot be overlooked: the underlying assumption that a public model would be less costly than the status quo (which is one of the panel’s key arguments) requires that the government would engage in a form of rationing whereby its formulary will necessarily be narrower than under private plans.

“Controlling cost” is a euphemism for narrowing choice and the responsiveness of overall health-care system in the name of minimizing public costs. National pharmacare proponents are free to make this argument. But they ought to be more transparent about it rather than hide behind “an appropriate group of experts” who will decide which drugs are covered and which are not.

The inevitable (and even deliberate) outcome is that some people will no longer have access to the medicines that they currently use due to the government’s judgement about costs.

It is the same impulse and mechanisms that lead to long wait times and poorer access to medical technologies in our hospitals. Cheaper? Yes. More equitable? Arguably. But these benefits come at the price of less choice, poorer access, and an obstacle to the trend of personalized medicine. The panel should more transparent about these trade-offs with Canadians.

Past MLI research has examined the role of the federal government in health care over the past 150 or so years and the lessons from past experiences with health-care reform. Our analysis shows that overly ambitious plans for federal coordination and a “uniform national experience” more often than not impede meaningful reform than enable it. This should come as no surprise.

Ottawa has no unique expertise or perspective on these issues. Why would a panel chaired by a former provincial Health Minister assume that uploading these responsibilities would produce better outcomes? The panel provides no rationale for such an assumption.

There is also the basic point that these issues are complicated and not prone to simple solutions. Progress will need to involve a process of trial and error, dissemination of best practices, and ongoing adjustment and refinement. Centralizing the reform agenda in the name of a “uniform national experience” short-circuits bottom-up experimentation and risks the top-down diffusion of bad ideas and harmful reforms. The right approach here is to “let a thousand flowers bloom” rather than a new national drug agency.

Where do we go from here? The interim report’s focus and tone (and the Minister of Health’s participation in its release) is a sign that the panel (and government) are moving in the direction of a national pharmacare scheme. The recent federal budget’s affirmation of the panel’s preliminary recommendations for a new national drug agency and national drug formulary similarly point to it. We will have a clearer picture when the panel releases it final report and accompanying recommendations in June.

Past MLI analysis has argued for a different approach – one that sees a role for public policy to support those without insurance in a way that is rooted in federalism.

We should be clear: this does not diminish the need for a policy solution or even a role for the federal government. We just believe that the ultimate response ought to be focused and decentralized as opposed to broad-based and centralized.

Policy-makers in particular should focus on a targeted solution for the small yet real share of the population that presently does not have drug insurance. This should come in the form of a combination of a redesign of the Medical Expense Tax Credit at the federal level (which is a creative policy proposal that MLI has advanced for the past several months) and possible expansions of provincial programming similar to the OHIP + model. These incremental steps would make progress on the 20-percent problem that the panel has rightly identified in its interim report.

A new national bureaucracy and accompanying formulary risks disrupting the parts of the current model that are working and in turn producing new problems that may be larger than the one that policy-makers are facing now. This would be a big mistake that is more a reflection of ideology than evidence.

The Advisory Council and the government have roughly four months to get it right. Let's hope they do.