Ottawa should suspend passage of C-69: Stephen Buffalo in The Hill Times 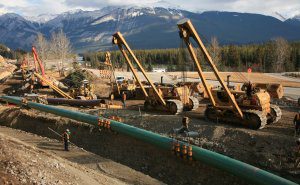 This legislation seems to be just another colonial approach to change the system without adequate consultation or inclusion of Indigenous interests, writes Stephen Buffalo.

Ottawa is on the verge of passing the controversial Bill C-69, an act of dramatic environmentalism that will undermine Indigenous efforts to achieve a decent level of prosperity and community autonomy. For more than a quarter century, the government encouraged Indigenous people to pursue economic opportunity, to engage with the national economy. We have done so, with truly impressive results.

In the oil and gas sector—which the government is determined to portray as a black mark on the country’s international reputation—we have collaborated with businesses and governments. And we have created Indigenous companies and established institutions, such as the Indian Resource Council and the First Nations Major Project Coalition, to support those Indigenous communities seeking to participate in large scale economic ventures.

In the process, we learned a lot about the energy sector and the companies active in the production, distribution, and export of oil and gas learned a lot from and about us. We co-created a pattern of collaboration that is, along with the mining and forestry sectors, an excellent example of what happens when people with common interests seek real partnerships.

For some of our communities, oil and gas projects, pipelines and related infrastructure, and a vast service sector have produced jobs, supported new Indigenous-owned companies and produced large returns for Indigenous governments. We used the money to build houses, support cultural programs, and pay for our administrative operations. The revenue also gave us more financial autonomy and created a real sense of optimism in some of our communities.

So, Indigenous peoples were puzzled by the limited and selective consultations undertaken by the Government of Canada leading up to Bill C-69. Our organizations, which represent Indigenous communities with strong interests in the resource economy, were not consulted. The government had a strong anti-oil and gas agenda and spoke primarily to groups, including First Nations, who shared their perspectives. The result is legislation that could well stop our pursuit of prosperity in its tracks. This seems to be just another colonial approach to change the system without adequate consultation or inclusion of Indigenous interests.

With respect, we feel we have a greater appreciation for the risks and benefits of resource development than Ottawa-based civil servants and politicians. We have hundreds of agreements with resource firms in mining, forestry, hydro, oil, and gas. Joint ventures with non-Indigenous firms can be seen across the country. Hundreds of our companies work in the resource sector, as do thousands of our members. We are involved with project oversight, remediation, and environmental assessments.

Canadians should know that we are capable of designing and enforcing our own standards that are more meaningful and less bureaucratic. The Crown needs to get out of the way and let us be the stewards of the land we have always been since time immemorial. We never hesitate to push back on projects that we find unacceptable. We defend our traditional lands and our people—and we will continue to fight for the chance to bring substantial and sustainable prosperity to our communities.

Other commercial sectors in Canada have shown little interest in working with our communities, most of which are in rural and remote areas. Our communities are sick and tired of the cycle of poverty and marginalization that has left our people poor, isolated, and culturally besieged. All we wanted was the opportunity to share in this nation’s prosperity. We now see that opportunity disappearing in the fog and misrepresentation that surrounds Bill C-69.

We are among the large number of Indigenous organizations and communities that are considering taking an equity stake in the Trans Mountain expansion project. The failure to complete this project in a timely fashion costs our people tens of millions of dollars per year. A narrow environmental agenda would force us back into the grasp of the dependency on government transfers that has poisoned our communities. What other economic opportunities do pipeline opponents think are available to us?

Bill C-69, as written, is a bad law, despite the Senate amendments the government has accepted. We can live with many of the provisions, but we also support many of the amendments advanced by the Senate that have been rejected by the federal government. We call on the Government of Canada to suspend the passage of Bill C-69 and to spend more time consulting with Indigenous communities and organizations that have argued against it.

We thought the government wanted a new relationship. Please do not disappoint us again.

Stephen Buffalo, a member of Alberta’s Samson Cree Nation, is a new senior fellow with the Macdonald-Laurier Institute and president of the Indian Resource Council.