Let's aim for local over centralized, on health care and more: Sean Speer in the Toronto Sun 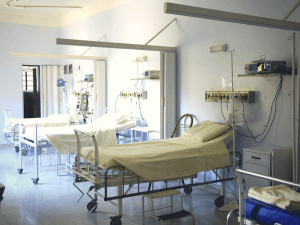 The idea that the future will demand greater centralization when technology is enabling unprecedented levels of individual freedom and choice seems patently false, writes Sean Speer.

Recently a Maclean’s columnist argued in favour of abolishing the provinces and territories and replacing them with a new, centralized system of government. The premise is that the 13 sub-national governments lead to a much maligned “patchwork” and in turn higher costs.

It’s a controversial argument that both neglects the central role that federalism played in the Confederation project and the inherent benefits of decentralization.

But while the column was presumably written more to provoke than to enlighten, the truth is the underlying centralizing impulse is representative of much of policy thinking in Ottawa these days.

On climate change, infrastructure, social housing, environmental regulation, and so on, the notion that “Ottawa knows best” animates vast areas of federal policy and spending. There’s been such a proliferation of “national strategies” that it’s hard to keep track of them.

In few areas is this more pronounced than in health care where calls for “standardization” are treated as self-evidently good and the so-called “patchwork” is always a pejorative.

Conventional wisdom is that the problems that bedevil Canadian health care – including high costs, long wait times, and poor access to medical professionals and technologies – are principally a coordination problem. A lack of “national leadership” produces provincial and territorial silos that stand in the way of a “truly national health care delivery system.”

The Trudeau government by and large subscribes to this view. The Liberal Party’s 2015 election platform criticized its predecessor for failing to “provide collaborative federal leadership” on the health file. And Ottawa’s plans to create a national pharmacare scheme would represent the most significant federal expansion in Canadian health care in contemporary history.

These calls for a greater federal role in Canadian health care neglect the lessons of the past quarter century. We’ve witnessed an ebb and flow of federal involvement in health care as we set out in a recent paper for the Macdonald-Laurier Institute.

The Chretien and Harper eras saw a more circumscribed role for Ottawa. Paul Martin’s short tenure as Prime Minister involved a heightened federal role with an infusion of funding and a raft of new top-down conditions. The former was associated with positive reforms and cost control. The latter led to a spike in provincial and territorial spending, bloated bureaucracies, and ultimately a missed opportunity.

It’s a good lesson that federalism is a feature rather than a bug. It empowers provinces and territories to identify priorities based on their populations’ characteristics and preferences. It permits experimentation with different financing and delivery models to achieve lower costs and better outcomes. And it involves greater accountability and transparency for citizens.

The most important step that Ottawa can take then is to establish a clear and flexible funding and legal framework and then get out of the way. History shows that this is the best path for health-care reforms that save money and produce better results.

Which brings me back to the Maclean’s columnist’s call to abolish the provinces and territories who’ve “outlived their usefulness.” The idea that the future will demand greater centralization when technology is enabling unprecedented levels of individual freedom and choice seems patently false. It’s much more likely that the future lies in more decentralization and local decision-making rather than less. Health care is a good place to start.

Sean Speer is a Munk senior fellow at the Macdonald-Laurier Institute and is the author of a new MLI report titled The Federal Department of Health Nears 100: The Origins and Evolution of the Federal Role in Health Care and the Case for Reform.