A Pacific Realignment: Why Canada Needs to Work with Its Partners 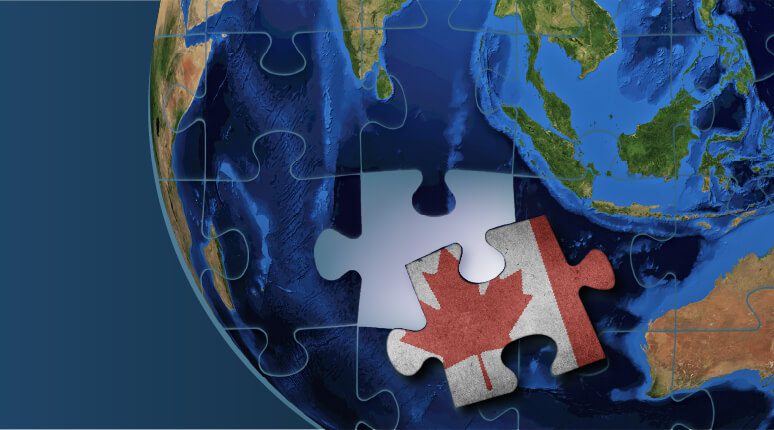 On June 24th, the Macdonald-Laurier Institute (MLI) hosted a webinar panel titled “A Pacific Realignment: Why Canada Needs to Work with Its Partners.” The webinar examined the challenges and threats posed by China in the Indo-Pacific region. The content of this report was informed by the comments of the webinar’s panelists, although not every panelist necessarily supports each idea documented.

The United States (US), India and Japan have all crafted individual detailed plans to pursue their interests in the region. However, Canada seems late to the game in articulating a broader strategic approach to the Indo-Pacific. As the panel discussed, the volatility in the region underpins the need for Canada to work with key liberal democracies to push forward the rules-based liberal order.

The panel included eminent scholars and practitioners on the Indo-Pacific region representing a range of countries in North America, Europe and Asia.

Drawing from the discussion, it is clear that overall Canada can and should stand for a vision of a free and open Indo-Pacific and defend shared interests in the region. Margaret McCuaig-Johnston emphasized the importance of this as she affirmed, “the region will be the centre of future economic growth.” Canada must draw on its human and financial resources to implement a rich and dynamic strategy on the Indo-Pacific. Specifically, Canada should utilize resources from private sector entities which have deep roots throughout countries in the region. In the past, Canada has engaged sporadically in the region but Ottawa too often becomes distracted by other priorities. Thus, government departments must have an Indo-Pacific dimension ingrained into their core activities.

In the US, a staunch hardline policy on China has carried from the Trump to the Biden administrations. In five months, the new administration has sanctioned Chinese officials over human rights concerns in Hong Kong, agreed to retain the designation of genocide for the treatment of Uyghurs, and lifted restrictions on diplomatic engagements with Taiwanese officials.

Additionally, Biden has prioritized strengthening the Quadrilateral Security Dialogue (Quad) between the US, India, Japan and Australia. He hosted the first ever leaders’ level meeting and issued the first joint statement of the Quad in March. Lisa Curtis explained this action is due to the fact that “the Quad is instrumental in defending against Chinese aggression. In 2007, the Quad became dormant and China subsequently undertook action to expand its territorial claims, becoming especially threatening on the Indian border.”

In response to China increasingly using economic coercion, the US has focused on re-directing critical supply chains (i.e. semi-conductor and rare-earth mining) to reduce dependency on China. As one of America’s largest trading partners, Canada is in an optimal position to support and ensure the success of this initiative, the panelists found. Specifically, the energy and rare earth metals and digital economy areas require more attention from Canada.

India understands the Indian and Pacific Oceans as a strategic theatre of opportunity and competition. Thus, the crisis along the India-China border has motivated India’s engagement in the region and shaped the evolution of its Indo-Pacific policy. India has re-invented its bilateral relationships with all Quad partners but also crafted security and diplomatic partnerships outside the security dialogue with additional countries whose interests lie in the region. Notably, these include an India-Australia-Japan trilateral partnership on supply chains and India-Australia-France collaboration on maritime security in the Indian Ocean. According to Garima Mohan, this multilateral dialogue makes “India a crucial pillar when it comes to formulating a successful multi-polar Indo-Pacific strategy.”

In 2007, Prime Minister Shinzo Abe launched Japan’s free and open Indo-Pacific policy. Although it was an exclusive concept at first, Japan has taken substantive action to make clear it is an inclusive initiative whereby Japan collaborates with a number of countries with interests in the region. Japan became focused on developing digital connectivity, quality infrastructure and capacity building in maritime security. Specifically, Japan recognized the need to include rapidly growing economies in India and Africa in order to secure sea lanes connecting Africa to the Pacific. More recently, Japan has outlined plans to cooperate with countries on vaccine distribution and climate change.

Importantly, Japan would welcome Canadian support on these initiatives. In May, the foreign ministers of the two countries announced shared Japan-Canada priorities for a free and open Indo-Pacific. Shared priority areas for the two countries include peacekeeping, humanitarian assistance and disaster relief. Akiko Fukushima recognizes Canada is concerned China may view its action as antagonistic, but is adamant “Japan and Canada joining forces in the Indo-Pacific is necessary to achieve regional peace and stability.”

From the speakers’ comments we can see that Canada is entering a crowded region, one in which the debate on the Indo-Pacific has been ongoing for a long time. Canada must clearly articulate how its capabilities can support both ongoing projects and develop its own initiatives in the region. Specifically, Canada is well-equipped to contribute to supply chain diversification and development assistance. Canada’s most effective role is when Ottawa operates and collaborates as an interlocutor alongside small, medium and large powers in multilateral organizations. In this case, the Quad, Association of Southeast Asian Nations, and the Comprehensive and Progressive Agreement for Trans-Pacific Partnership provide practical opportunities for Canada to begin to leverage its existing advantages and relationships and contribute meaningfully to the region.