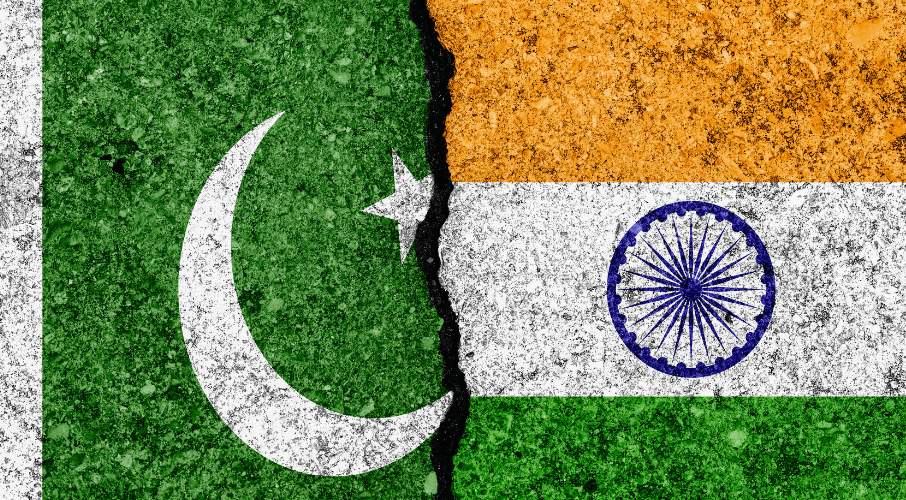 A moment of tension between Pakistan and India was alleviated thanks to the apprehension of Pakistani officials and politicians who feared an escalation spiral, writes Sushant Sareen. This article was originally published by the Observer Research Foundation and is being republished as part of the ORF-MLI Canada-India Initiative.

Around two months after the 27 February 2019 air skirmish between India and Pakistan that followed the air strikes on the Jaish-e-Mohammad terror facility in Balakot, Prime Minister Narendra Modi, addressed an election rally in Gujarat. Speaking to the audience, he revealed that Pakistan had been warned against any harm to the captured Indian pilot, Wing Commander Abhinandan whose had bailed out over Pakistan-occupied Kashmir and had been captured by the Pakistani armed forces. Mr Modi claimed: “Fortunately, Pakistan announced that the pilot would be sent back to India. Otherwise it would have been ‘qatal ki raat’ (a night of bloodshed).” At that time, Mr Modi’s statement was seen as typical election rhetoric and didn’t make too many waves. But a year and a half later, a top Pakistani politician has not only corroborated Mr Modi’s claims, but has in the process also revealed the trepidation in Pakistan over India going up the escalation spiral.

Speaking in the National Assembly of Pakistan, former Speaker Ayaz Sadiq revealed that a panicky Imran Khan government had organised an in-camera meeting to brief opposition politicians and take them on board before making a peace offering to India. According to Sadiq, Pakistan Army chief Gen Qamar Bajwa, whose legs were quaking with fear and who was sweating with tension, was accompanied by the Foreign Minister Shah Mehmood Qureshi who pleaded with the opposition leaders to let Abhinandan go or else after 9PM that night, India would attack Pakistan. Another opposition leader and former defence minister Khawaja Asif claimed that Bajwa had hinted that Pakistan needed to ‘appease’ India to cool things down.

Expectedly enough, after these revelations the spin doctors of the Pakistan army in Pakistan’s ‘independent’ media jumped to the defence of their ‘friends not masters’. Even the official spokesman of the Pakistan military had to hold a hurried press conference to ‘set the record’ straight. But the damage had been done, and Pakistan Army’s assiduously cultivated image of being the indefatigable and tenacious ‘defender of territorial and ideological frontiers’ took a terrible beating. Whether this happened by design – the opposition, in particular PMLN supremo and former Prime Minister Nawaz Sharif has been relentlessly targeting the Army’s top brass – or Ayaz Sadiq was misunderstood – he later clarified that it “must have been Imran Khan whose legs were trembling with fear” – is in many ways just a matter of detail. In either case, the outcome is the same in terms of public perception – Pakistan buckled under pressure and India successfully coerced it to release the captured Indian pilot. Even among the most ardent supporters of Imran and the current army chief the seed of doubt has been sown. The mortification being suffered by the ‘selected’ government and the Army became worse when, in an effort to portray himself more loyal than the King, a cabinet minister Fawad Chaudhry implicated the Pakistani state, government and army by declaring in Parliament that the Pulwama suicide bombing in February 2019 was a major achievement of the Imran Khan government.

In a way, Imran and his ‘selectors’ have brought this situation upon themselves. Ever since Nawaz Sharif crossed the Rubicon by targeting Gen Bajwa and the ISI chief, the ruling party has gone up the escalation spiral by accusing the opposition of singing the tune of Pakistan’s enemies (read India). With charges of unpatriotic behaviour flying around, a push back from the opposition was only to be expected. Actually, Ayaz Sadiq was not trying to ridicule the Army chief but instead trying to burnish the patriotic credentials of the PMLN. What he was doing was pointing out that at a time of grave danger to the country, when both the civil and military leadership was panicking and desperate for the opposition’s support, the opposition parties stepped up to the plate. The opposition very patriotically bailed out the government despite not agreeing with its assessment that India would attack Pakistan. This was quite similar to what Nawaz Sharif did during the Kargil conflict. At that time, the Pakistan Army was facing a rout and desperately needed a face saving. Nawaz Sharif provided that by taking the flak on himself by going to Washington and announcing a withdrawal from Kargil after a meeting with President Bill Clinton.

Of course, Sadiq botched up things completely by yielding to the temptation of showing down the ruling party and its sponsors as a bunch of lily-livered folk who lost their nerve and yielded to India. This has left the military seething with anger and it is almost certain that there will be payback. Chances are that using the government machinery, an example will be made of Ayaz Sadiq and others. The information minister has already hinted as much. But whether this will stem the flow of disparaging comments from the opposition against the military brass and its political appointees, or it will lead to even more embarrassing revelations tumbling out is something that remains to be seen. Already, a colleague of Sadiq, Rana Sanaullah, has said that the decision to release Abhinandan was taken by Gen Bajwa and Imran Khan was made to announce it in Parliament.

Quite clearly, until now, every move by the government and the army to muzzle the opposition has been backfiring. The Army is now being openly accused of carrying out false flag attacks – bomb blasts in Quetta, Peshawar and other parts of Pakistan – to stop the opposition’s political mobilisation under the banner of Pakistan Democratic Movement (PDM). Maulana Attaur Rehman, younger brother of PDM chairman Maulana Fazlur Rehman and a senator in his own right, recently made an explosive speech in the Senate in which he not only accused the military of trying to sabotage the PDM rallies through bomb blasts, but also warned that if the generals involve themselves in politics then they must be prepared to face the music. Other opposition leaders have used the PDM platform to also take pot-shots at the army, and a few have even called for the independence of Balochistan.

The Pakistan Army which has thrived on fear for decades is suddenly finding that politicians are not afraid to take aim at the top brass. What is even more infuriating for the serving, and retired generals (most of whom act as unofficial spokespersons of the military), is the distinction that the opposition politicians are making between the rank and file and the top brass. The Army sees this as an attempt to sow divisions between the officers and the men. But the politicians see this as a way to skirt around the law (especially Art.63(1)(g)) by targeting only the cabal of generals, and not the armed forces as an institution. Technically, unless someone interprets that Bajwa and his ISI side-kick as embodying the Army as an institution, targeting them cannot be construed as defaming or ridiculing the armed forces. In fact, the opposition politicians go out of their way to extol the virtues of the armed forces, laud their sacrifices and promise their complete support to them. At the same time, however, the opposition is ratcheting up pressure on the army as an institution to force it to stop propping up the ‘selected’ government of Imran Khan.

That the pressure is mounting is a no-brainer. The hysterical response from the treasury benches is only one indication that the opposition’s line of attack has spooked the government. There are also reports that the army has been trying to reach out to Nawaz Sharif and other leaders to get them to back down from the strident stand they have taken against the army’s top leadership. So far, Nawaz Sharif has refused to budge. Meanwhile, the army chief is trying to send messages that not only is the army firmly behind him but also that he is firmly behind Imran Khan. A day after Sadiq’s speech, Bajwa called on Imran Khan, and the military’s spokesman declared that the armed forces “leadership and rank and file could not be separated and they would remain united.”

Pakistan appears to have entered uncharted political waters. Not only is the military’s dominance and interference in politics being challenged, its role as an arbiter between contending political forces is also being undermined like never before. This is unfamiliar territory, not just for the army but also the civilians. The more the army backs its ‘selected’ regime, the greater the incentive for the opposition to tag the military with its civilian appointees and heap the blame for the ills of government and governance on the army. Conversely, the more the army leadership is targeted, the greater its incentive (in part for reasons of self-preservation and in part for telling off the opposition) to back the current civilian dispensation. Clearly, this sort of a situation cannot continue indefinitely. Something’s got to give. Will the Army’s legs quake once again under the opposition’s relentless tirade and force it to give up on Imran Khan? Or, will the Army brass decide to do a Qatal ki Raat (this time, carry out a Pakistani version of the Night of Long Knives) to get rid of inconvenient and disobedient politicians? Either option will have its own repercussions, both in the short, as well as long, term. The Chinese curse of living in interesting times is visiting Pakistan.

Sushant Sareen is a Senior Fellow at Observer Research Foundation. His areas of study include issues in Pakistan, Afghanistan, terrorism, Islamism, and economics.