Our Year As Epidemiologists: Peter Menzies in the Financial Post 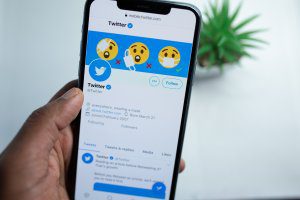 It took no time at all for millions to pronounce their proficiency in public health emergency management once the pandemic was declared, writes Peter Menzies in the Financial Post. Below is an excerpt of the article which can be read in full here.

As one of the very few people active on Twitter who does not self-identify as an epidemiologist, it is difficult to describe the challenge 2020 posed in terms of learning. It may have taken Bonnie Henry, Saqib Shahab, Deena Hinshaw, Theresa Tam and other chief medical officers of health decades to acquire their knowledge and expertise. But it took no time at all for millions of others to pronounce their proficiency in public health emergency management once the COVID-19 pandemic was declared. The divine miracle this represented — the speed with which this medical Midas touch baptized the brows of so many pundits, social media journos and the chattering classes in general — cannot be underestimated.

As a species, we are prone to self-assign intelligence swiftly, but in 2020 people acquired levels of previously un-accessed wisdom at a breathtaking pace in identifying who was right, who was wrong, what was smart and what was stupid. Evidence was gathered, examined and verdicts read in no time at all. And yet here was I, Googling away like a madman trying to figure out — as a gentleman of a somewhat at-risk age who had already lost a younger friend in the spring to a pulmonary virus — what my odds were if I went out for coffee. Online, I coincidentally learned that Swedes are now right-wing kooks, the Dutch have strong libertarian instincts but don’t mind taxes so long as the price of Heineken stays cheap, New Zealand is just #dreamy and, in general, things that Chinese President Xi Jinping says are assigned less skepticism by CBC reporters than words spoken by Alberta Premier Jason Kenney.

The most stupefying epiphany, though, was the unanticipated large number of otherwise worldly people who have become so distrustful of public institutions and media that they are willing to believe the wearing of a medical mask is harmful, approved vaccines are to be avoided because animal trials were skipped (they weren’t), and the prime minister has been preparing COVID concentration camps to which we all may be assigned before the winter is out. In other words, despite putting a man on the moon, the sophistication of our Earth-bound technology and the marshalling of awe-inspiring scientific capacities to produce vaccines in mere months, we may at heart still be medieval people trying to decide if it is a good or a bad thing that some witches float.

And yet, despite all that, the touching memory I will most carry forward from 2020 is the quiet courage of the elderly who despite their frailty bore their risk, fear, loneliness and at times illness with the sort of mettle to which all of us listed above can only aspire. God bless them, every one.