How the COVID-19 pandemic may accelerate job transformation: Linda Nazareth in the Globe and Mail 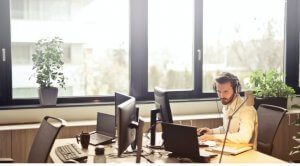 As we remake the economy for the postpandemic era, the trick for workers will be to make sure that they are part of the transformation rather than victims of it. For organizations and for government, the challenge will be to accept the transformation and be ready to guide workers into the next era or be ready to support them if that cannot be done, writes Linda Nazareth.

Is job transformation the same thing as job loss? One hopes not, or many Canadian workers may find themselves looking for work sooner rather than later.

Right now, we are dealing with job loss caused by an unprecedented need to shut down the economy to avoid spreading the coronavirus. Beyond the pandemic, however, the bigger story may be that the Fourth Industrial Revolution is still in force, and that workers and machines will be increasingly traded off against each other.

A new report from Statistics Canada gets at the question of what job “transformation” means in practical terms. It looks at the vulnerability of Canadian workers in different groups to the roll-out of new technologies.

We have seen similar, headline-grabbing studies on the same theme over the past years out of the U.S. and other countries, most concluding that technological advances will mean that many job functions now done by humans will soon be able to be done by machine, perhaps better and more cost-effectively. A study by Oxford University professors Carl Frey and Michael Osborne made waves in 2013 when it suggested that 47 per cent of jobs in the U.S. were at high risk of being automated. A more recent study (2018) by the Organization for Economic Co-operation and Development dialled that back, arguing that only 14 per cent of jobs in OECD countries, including Canada, are “highly automatable” – which is to say they have a 70 per cent or more probability of automation.

The Statscan study follows the methodology of Prof. Frey and Prof. Osborne to examine 2016 Canadian data, finding that 10.6 per cent of Canadian workers had a high probability (70 per cent or more) of seeing their job transformed by technology, while 29 per cent were at moderate risk (probability of 50 to 70 per cent).

Unsurprisingly, Statscan found some groups were more vulnerable than others to job transformation, with those over age 55 being more at risk as well as those with no postsecondary education, or with low literacy or numeracy skills. These are the same trends that have been picked up before, with the big picture being that more education and shiny new skills are likely the key to job security as things like artificial intelligence and other advanced technologies get rolled out.

In the case of the Statscan study, the authors do not go as far as saying that “transformed” jobs mean the original workers will be replaced. It is a key question though, since what really matters to people is whether a robot will be marched into their office to sit down at their desk while they are marched out – not whether they will need to learn a new software package. Indeed, if the transformed jobs also meant disappearing jobs, the impact would be as great or greater than that of the pandemic. That is, if nearly 40 per cent of Canadian workers (the high and moderate risk groups) found their skills not needed, we would have an unemployment rate far higher than the 13.7 per cent we have at present.

The pandemic is an important part of how this all comes together. With many workers now laid off, the danger is that those layoffs become permanent – perhaps with an assist from technology. A separate Statscan study released last month found that during the previous three recessions, 45 per cent of all laid-off workers ended up losing their jobs permanently, and another 15 per cent who were recalled lost them the following year.

Keep in mind as well that although there has certainly been technological transformation happening over the past few decades, it cannot match the speed of what we are now seeing in the Fourth Industrial Revolution, a term coined by the World Economic Forum for an era defined by its velocity, scope and systems impact.

There is a big difference between transforming the jobs of 40 per cent of the population and eliminating 40 per cent of jobs. As we remake the economy for the postpandemic era, the trick for workers will be to make sure that they are part of the transformation rather than victims of it. For organizations and for government, the challenge will be to accept the transformation and be ready to guide workers into the next era or be ready to support them if that cannot be done.

Linda Nazareth is host of the Work and the Future Podcast and senior fellow for economics and population change at the Macdonald-Laurier Institute.