Patients’ access to innovative medicines should be an election issue: Rawson and Vanstone in the Hamilton Spectator 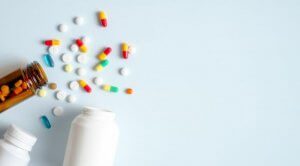 Canadians have heard little from any political party in the election campaign about how they will improve access to innovative medicines that can provide effective therapy for previously untreatable diseases, write Nigel Rawson and Beth Vanstone in the Hamilton Spectator.

Canadians have heard little from any political party in the election campaign about how they will improve access to innovative medicines that can provide effective therapy for previously untreatable diseases. The cost of these drugs is frequently beyond the average Canadian’s ability to pay and patients must look to private or public drug insurance for access.

However, coverage is frequently unavailable because the time-consuming and adversarial processes for getting a new medicine covered by insurance in Canada delay or deny access to groundbreaking medicines. For government insurance, drugs must overcome the obstacles of the health technology assessment (HTA) and pricing negotiation organizations that work for the same governments that decide which medicines are covered and under what conditions.

Even when a medicine passes these barriers, each government drug plan makes its own decision about whether to insure the drug or not. Moreover, the plan may offer “coverage” for the medicine, but the criteria to access it can be so restrictive that few patients qualify for access.

For example, Trikafta is a drug that could transform the lives of 90 per cent of Canadians with the fatal lung disease cystic fibrosis. However, Canada’s HTA agency has only recommended its use subject to extremely stringent access conditions, so unless patient advocacy manages to change the recommendation, only a small proportion of sufferers who could benefit will have the opportunity to do so. For full disclosure, Beth Vanstone has a daughter who has cystic fibrosis whose lung function recently dropped to 53 per cent — her doctors have said it’s crucial she gains access to Trikafta before her condition worsens but, due to government red tape, she cannot do so.

Novel gene therapies will become available over the next decade or so. Their development is both time-consuming and costly, so they will likely be expensive. But some can be curative with just one treatment. Will Canadians be denied access to these medicines?

During the past six years, the Liberals have taken a confrontational approach to the biopharmaceutical industry by initiating a process to regulate drastic cuts in drug prices. New regulations to be implemented in January 2022 have raised concerns among patients and physicians because they will further reduce Canada’s attractiveness as a country in which to launch state-of-the-art medicines, resulting in even worse access than now.

Patients’ fears about being deprived of access to advanced medicines by the new regulations are not fanciful. Case studies indicate that prices for new medicines could be reduced by an unsustainable 68 to 84 per cent. Research from Canada, the United Kingdom and United States shows pharmaceutical companies delay launching new products in small markets, like Canada’s, where regulated prices are low relative to per capita income.

The revised regulations have already led to manufacturers moving Canada further down their list of countries where they intend to launch new drugs and, in some cases, off the list.

The emphasis on affordability to the detriment of accessibility is unwarranted. Drugs and vaccines help Canadians maintain and improve their health and quality of life and extend their lives for a comparatively low cost. Sales of new drugs at manufacturers’ list prices (not the lower rebated prices offered to insurers) constituted just 6.5 per cent of the $265.5 billion of national health spending in Canada in 2019, whereas 80 per cent of the expenditure went on hospitals, health professionals and administration.

Fighting chronic illness is not only a life-changing experience for the patient but also their entire family. The suffering and daily challenges of appointments, therapies and hospitalizations are gruelling and distressing enough without having to deal with government-erected obstructions that deny access to life-saving medicines, especially when the drugs are accessible in other countries.

If elected, the Liberals will no doubt pursue their intention to severely cut the prices of new medicines. The NDP will likely support them. The Conservatives propose a more collaborative relationship between the federal government and the biopharmaceutical industry. However, no party has presented a comprehensive strategy to get pioneering but costly medicines to Canadians who need them.

Patients whose health could be improved by innovative medicines will continue to suffer and die prematurely if Canada’s hostile attitude toward drug developers is maintained. Patients need a federal government that adopts a collaborative relationship with the biopharmaceutical industry to ensure that Canadians have access to new therapeutic advances now and into the future.

Nigel Rawson is an independent researcher and an affiliate scholar with the Canadian Health Policy Institute. Beth Vanstone is a longtime advocate for Canadians with cystic fibrosis and a director with CF Get Loud.