Paying able-bodied people not to work isn't an act of compassion — it's an act of surrender: Crowley and Speer in the Financial Post 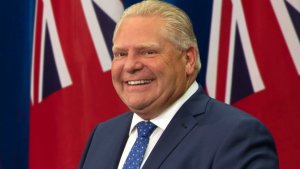 Getting real people into real jobs is the measure on which the Ford government should be judged, write Brian Lee Crowley and Sean Speer.

The Ford government’s cancellation of Ontario’s basic income (BI) pilot project has generated considerable media and political attention. Editorial pages and social media have been marked by lamentations about “evidence-based policy” and accusations about the government’s supposed lack of compassion.

Both claims are unjustified. Not only was the pilot itself flawed, the basic idea of generous, unconditional and universal cash transfer wrongly sees joblessness as merely a material problem. The government is thus correct to scrap the initiative and instead focus on reforming the province’s income-support system to better enable and support paid work.

It’s worth unpacking both critiques — the government’s purported rejection of evidence and lack of compassion — to understand their inherent weaknesses and the case for welfare reform with a pro-work bias.

Start with the claims about the role for evidence. BI’s proponents’ own argument that there’s no “perfect study” is hardly a ringing endorsement, and obvious problems with this “experiment’s” design and implementation seriously erode its usefulness as a “test of concept.”

Even though a basic income is to replace the existing panoply of income-support programs and social benefits, participants in the pilot continued to be eligible for the Ontario Drug Benefit, geared-to-income housing, child-care subsidies, and so on. The layering of programming is contrary to most conceptions of a basic income program and would necessarily skew the results. Testing whether recipients like more generous welfare benefits is different than understanding the costs and benefits of shifting to a single, unconditional cash transfer.

There were also challenges with identifying eligible participants and simulating realistic conditions. Randomized mailouts frequently went to people who were ineligible. A 40-page application form became an obstacle for some prospective participants. And that benefits increased without a corresponding rise in taxes in the affected communities means the experiment failed to reflect the true costs associated with fully implementing a universal BI estimated at $17 billion by the province.

The idea that the rest of the world was waiting with bated breath for the results of this experiment is also rather fanciful. What some people elsewhere were really hoping for was that this experiment would return a more BI-favourable answer than the other experiments that have been tried, most recently in Finland. The fact is that no government that has experimented with BI has decided to pursue it. That, too, is evidence.

But the critics’ overstated claims about the purported utility of the pilot’s evidence is small beer compared to the hyperbole about the government’s “narrow-mindedness” and lack of compassion.

The idea that those favouring sending no-strings-attached cheques to low-income citizens are somehow more compassionate than those who want to incorporate them into mainstream economic life is simply wrong. Paying able-bodied people not to work isn’t an act of compassion. It’s an act of surrender. It’s about managing a liability rather than seeing people as assets to be developed, as U.S. economist Arthur Brooks has put it.

Paid work doesn’t just provide significant economic and social benefits — including lower incidences of poverty, greater financial security, better health outcomes, and so on. It also contributes to improved personal well-being because of the socialization, personal empowerment, and the sense of dignity that comes with work and caring for oneself and his or her family. An unconditional cheque from the government is no substitute for feeling needed.

This is why the government is right to put paid work at the centre of its opportunity agenda. What must such an agenda entail? We have limited space here but would highlight two key components.

The first is maximizing economic growth. This may seem self-evident, but governments regularly make choices (such as deficit spending) that erode long-run growth in exchange for some short-term objective. Long-term growth is the essential ingredient for higher business investment, job creation, and ultimately living standards for all citizens. Government’s principal focus, therefore, must be on growing the economic pie rather than merely slicing it up in the form of redistribution. A pro-growth strategy would involve sustainable public finances, competitive taxation, predictable and limited regulations (including land-use regulations), strong intellectual property rights, high-quality infrastructure and better education and training.

The second is to reform income-support programs to better support paid work. Experimenting with wage subsidies, work-sharing, and more market-responsive job training is a first step. Smoothing out high clawback rates (what economists call marginal effective rates) for income-support recipients is another. Governments ought to apply a “job lens” to different policy choices to better understand if they’re enabling or obstructing people from getting into paid work. The former should be single-mindedly pursued, and the latter should be discarded.

Refusing to accept that some people are “surplus to requirement” and should be warehoused on benefits is the easy half of the compassionate choice on welfare policy. The other half is getting real people into real jobs. It’s on that measure that the Ford government should be judged.

Brian Lee Crowley is the managing director and Sean Speer is a Munk senior fellow at the Macdonald-Laurier Institute.