Penalizing Facebook to promote newspapers is a bad plan: Peter Menzies in The Line 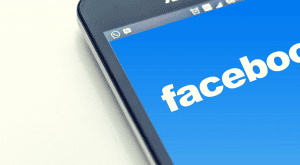 News organizations in Canada have had 20 years to adapt to the Internet. Their solution has been to shrink newsrooms, writes Peter Menzies for The Line.

Grab a seat and a bucket of popcorn: the Government of Canada and Facebook are about to go toe to toe in a fight over — get this — how to save print media.

Increasingly cash-starved Canadian newspaper publishers have been lobbying the federal government to invoke legislation that would force global giants Facebook and Google to pay for the use of their news content when it's shared on their platforms. They have found a champion in Heritage Minister Steven Guilbeault who has signalled he is ready to, as it were, make the rich pay to keep the poor happy.

A preview of how this struggle may play out is already taking place in Australia where, led by Rupert Murdoch, Australia’s publishers were first to convince their politicians to come to their rescue. Aussie legislation looks to impose a code of conduct on Facebook and Google and forces them to complete commercial agreements compensating news organizations for the use of their content.

According to Marketwatch, Australian Treasurer Josh Frydenberg said this is just about “a fair go for Australian news media businesses, it’s about ensuring that we have increased competition, increased consumer protection and a sustainable media landscape.

“Nothing less than the future of the Australian media landscape is at stake with these changes.”

Facebook responded with a resounding “alrighty then” and announced it would no longer permit Australians to post news stories on Facebook or Instagram (which it owns). As it rightly pointed out, the platform has been delivering the publishers’ products to vast audiences for many years for free, saving them hundreds of millions in distribution costs. In Canada, where it insists it doesn’t want a fight, Facebook points to the $9 million (enough to run a decent newsroom) it pours in to support jobs at Canadian Press and to its willingness to assist newspapers in transitioning to the 21st century.

Guilbeault, on the other hand, seems pumped for bare knuckles brawling. He accused Facebook of “bullying” and insisted, in response to the Australian standoff, that he will not tolerate "any form of threats." According to Susan Delacourt of the Toronto Star, Guilbeault — a former Greenpeace activist — sees data as “the new oil.” Tech giants, in other words, are every bit as scary as western Canada.

Regardless, the issue “at the heart” of this policy debate, says Facebook, is “determining the value exchange” between digital platforms and news publishers and who benefits or suffers when a news item is posted on Google search, YouTube or Facebook.

While the publishers insist it’s the tech companies, Facebook is quick to point out it is not a news service and has never aspired to be one. Its purpose is to connect families and friends posting user-generated content such as pics of holidays and grandchildren. And, it notes, its news feed provides 2.3 billion organic referrals annually to content that has a value of almost $200 million Australian dollars to the publishers whose product constitutes a mere four per cent of Facebook’s content volume. The equivalent values in Canada are, I’m told, as convincing, and the distribution value is “enormous.”

As communications expert Dr. Michael Geist pointed out last week in his blog, ripping off newspaper publishers is not among Facebook’s sins and Guilbeault’s threats to regulate the Internet as if it were a cable network are horribly misguided; dangerous, even.

News organizations in Canada have had 20 years to adapt to the Internet. Their solution was to reduce the size and quality of their newsrooms. Thousands of journalists lost their jobs and readers — with a whole world of online news to choose from — went elsewhere. The best of them worked hard to sustain some semblance of quality. But in general most have stared, frozen, at the Internet as if it were the lights of an oncoming semi-trailer and only a few have shown anything like the innovation and imagination required to survive. The harsh truth is that they just haven't been very good at adapting to change and have run out of money. Facebook, meanwhile, invested heavily in the opportunities the Internet created and made billions.

If journalism is to be a public good, government policy should be designed to support its future and not, as Guilbeault appears determined to do, its past.

Peter Menzies is a Senior Fellow with the Macdonald-Laurier Institute, a former newspaper publisher and past vice-chair of the CRTC.