We must hold the perpetrators of Soviet crimes to account: Marcus Kolga in the Toronto Sun 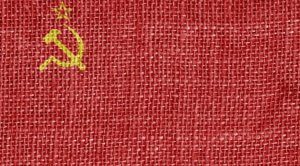 Canada needs to identify the few remaining Nazi German and Communist Soviet collaborators who continue to live among us in Canada and other democratic nations who have escaped justice for the past 80 years, writes Marcus Kolga in the Toronto Sun.

Eighty years ago, a targeted campaign of Soviet communist repression against the people of Estonia, Latvia and Lithuania peaked with mass deportations carried out over several nights in June of 1941.

The dreaded sound of a heavy knock on the door in the middle of the night, signalled that a troika of Stalin’s henchmen were waiting to storm into the home or farm to herd families onto waiting trucks at gun point. From their homes, they were driven to central railway depots and onto waiting cattle cars, which would carry the victims off to distant Gulag slave labour camps — often never to return.

Over 40,000 people were arrested and deported by the Soviets in this way around the night of June 14th, 1941. Their only crime was to be teachers, police officers, professors, entrepreneurs, religious leaders, elected officials or farmers. A large portion were children – whose only crime was to have a parent who belonged in one of the Soviet’s categories of “undesirables.” Millions of people throughout Eastern and Central Europe would experience wave after wave of brutal Soviet repression and terror over the following 50 years.

The memories of the survivors of the first 1940-41 Soviet occupation and the June 1941 targeted mass deportations are harrowing.

Tiiu Salus, a child victim, was arrested with her pregnant mother and physically challenged brother in the middle of the night by a Soviet Destroyer Battalion. As they were being marched to the train station, Tiiu’s young brother collapsed. When a Soviet soldier raised his rifle to shoot the little boy, Tiiu took hold of the end of the barrel crying and begged the Soviet soldier not to kill him. According to Estonian historical statistics, nearly 4,000 children were deported by the Communist Soviets on the night of June 14, 1941. Of them, over 1,000 were under the age of 4 — most of whom never survived the journey and a rare few ever returned home.

Not every Estonian, Latvian or Lithuanian was a victim of the occupying Soviets or Nazis. As in other European nations, there were collaborators too — although not to the same degree as in other nations like Italy or France. While Nazi collaborators have been researched and some have been brought to justice, very few Soviet criminals or collaborators have.

Two years ago, I was horrified to discover that Soviet collaborators have lived freely among us in Canada.

While researching Soviet and Nazi collaborators and victims in an Estonian archive, I noticed a familiar name in the records that matched that of a distant relative in Toronto. I remembered the man from my childhood, as a member of our small community. That man spent some summer nights in the company of my grandparents, alongside others who had fled their homes because of the Soviet terror and crimes that this so-called friend had ostensibly had a hand in carrying out.

In addition to sharing the same name, the person’s date of birth and birthplace in the Estonian records were reflected in his Canadian obituary. While the records only identify the man as having been a member of a Soviet Destroyer Battalion, the role of these groups in carrying out arrests, executions and mass human rights abuse is a basic historical fact.

While this man’s friends and family grieved the victims of Soviet terror, who died from starvation, disease and torture in cold and grimy gulag camps, he lived among them freely, dying peacefully, in a clean bed with his family around him in Toronto, never being held to account for his role.

The circumstances and level of his collaboration, if any, in executing the Soviet mass crimes and the June 1941 deportations may never be known. But this does underscore the urgent need to research and identify the few remaining Nazi German and Communist Soviet collaborators who continue to live among us in Canada and other democratic nations who have escaped justice for the past 80 years. We owe this to the victims of the June 1941 Baltic deportations, and all other victims of Soviet and Nazi crimes.