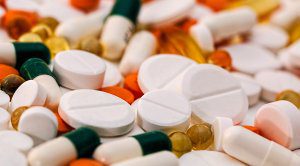 The Appeal Court’s unanimous decision demonstrates that the Patented Medicine Prices Review Board is out of control in an anti-industry, anti-patient witch-hunt, write Nigel Rawson and John Adams in the Financial Post. Below is an excerpt from the article, which can be read in full here.

In a unanimous 3-0 decision, the Federal Court of Appeal for the first time quashed a Patented Medicine Prices Review Board (PMPRB) ruling. The judgement and its reasons are big news, exposing the lack of impartiality in a little-known, out-of-control part of the federal government.

The PMPRB’s role is to prevent time-limited, patent protection monopolies granted for new medicines from being abused by “excessive” prices. The case was about Soliris, a drug whose list price (not the real price insurers pay) for a year of treatment ranges from $500,000 to $700,000, prompting sticker shock.

The PMPRB’s own experts said, as the first effective therapy to treat these disorders, Soliris was a “breakthrough.” The drug’s life-changing value has been recognized in other countries.

According to PMPRB Policies and Guidelines, the ceiling price for a breakthrough drug should be set at the midpoint of list prices in seven comparator countries. However, the PMPRB decided Soliris’s price should be less than the lowest price in the seven countries. It has never done this before. Soliris’s developer refused to comply when the PMPRB ordered it to pay back revenue received from sales made between 2009 and 2017. Litigation followed.

The Appeal Court strongly disagreed with an earlier ruling of a single trial judge, who considered the PMPRB’s reasons for departing from its Guidelines to be “substantial and compelling.” Instead, the three appeal judges found the reasons to be “thin and impoverished.” They said “it is not enough to allude vaguely to unique circumstances and then just name two circumstances that do not appear to be unique and that fall short of logically supporting the sort of significant, unprecedented departure from the Guidelines the Board took.”