Politicians can’t interfere with where and how Tori Stafford’s killer serves her time: Perrin in the Globe 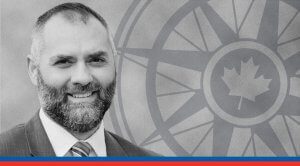 Political interference in the administration of justice is a disturbing phenomenon, writes Benjamin Perrin.

Terri-Lynne McClintic pleaded guilty in 2010 to the first-degree murder of eight-year-old Tori Stafford. It was a brutal killing that shocked Canadians. For this heinous crime, she was sentenced to life imprisonment with no chance of parole for 25 years. We’re now facing the disturbing prospect of politicians – rather than courts and corrections officials – deciding where and how she serves her remaining time.

Ms. McClintic, who is Indigenous, was classified in 2014 as a medium-security prisoner. She was reportedly transferred in December, 2017, to the Okimaw Ohci Healing Lodge in Saskatchewan, which is a corrections facility run by Correctional Service of Canada for minimum- and medium-security female offenders. This has created a political firestorm and understandable calls by the Stafford family to reverse the decision.

Public Safety Minister Ralph Goodale has asked the corrections commissioner to review the transfer decision, which is a reasonable and appropriate response. But Opposition Conservative Leader Andrew Scheer’s motion – which was rejected Wednesday – called on the House of Commons to demand that the federal government order Ms. McClintic be sent back to a traditional penitentiary.

Mr. Scheer wanted politicians to have the power to single out a particular offender and decide how they get treated. That approach, which may well stir up voters, raises some serious concerns. This is the antithesis of how our democracy works, based on centuries of hard-learned lessons about limits on the abuse of state power.

In our democracy, elected legislators make criminal and corrections laws that are of general application. Those laws apply equally to everyone. Then criminal justice professionals – whose jobs are not dependent on winning a popular vote – including judges, Crown prosecutors, police, wardens and parole boards apply those laws in the cases of specific individuals. There are important reasons for this divided responsibility.

The separation of powers between legislators and judicial and administrative decision-makers is vital to safeguard the rule of law. To stay the hand of vengeance is not easy. That’s why we have an independent justice and corrections system that’s insulated from political pressures.

The separation of powers between legislators and judicial and administrative decision-makers is vital to safeguard the rule of law.

Political interference in the administration of justice is a disturbing phenomenon we see in other countries. It leads to things such as political leaders telling the police who to arrest or ignore, prosecutors who to charge, judges who to find guilty, and wardens how to treat certain prisoners. There’s a populist calculus that doing so can gain favour with the electorate, yet it profoundly undermines justice and democracy.

Mr. Scheer’s motion brings to mind the Supreme Court of Canada’s landmark 1959 decision in Roncarelli v. Duplessis. The decision is about politicians intervening in administrative decision-making for their own purposes. In that case, then-Quebec premier Maurice Duplessis singled out Frank Roncarelli and had his restaurant’s liquor license revoked. The court found it was because Mr. Duplessis wanted to suppress Jehovah’s Witnesses, of which Mr. Roncarelli was a prominent member. Mr. Roncarelli sued and won. And this was before the existence of the Canadian Charter of Rights and Freedoms.

In that decision, which affirmed the rule of law over the whims of politicians, Justice Ivan Rand wrote: “there is no such thing as absolute and untrammelled ‘discretion,’ that is that action can be taken on any ground or for any reason that can be suggested to the mind of the administrator; no legislative Act can, without express language, be taken to contemplate an unlimited arbitrary power exercisable for any purpose, however capricious or irrelevant, regardless of the nature or purpose of the statute.” Simply put, governments don’t get to treat certain individuals differently than others by singling them out for worse or better treatment.

If Canadians are not satisfied with laws that allow medium-security prisoners to serve their time in Indigenous healing lodges, then those laws can be changed. I don’t suggest that be done.

There’s massive overrepresentation of Indigenous people in jail. Healing lodges are part of addressing that serious problem and provide programs to support rehabilitation, since most people convicted of serious crimes, including murder, are eventually released and will need to reintegrate into society. And Correctional Service of Canada has said that the living conditions in healing lodges are comparable to other medium-security facilities.

I don’t know if allowing Ms. McClintic to serve her sentence at a healing lodge was the right decision. We know nothing of the past eight years of her incarceration, current risk profile, or rehabilitative prospects. A review of the decision, as requested by Minister Goodale, is the right approach.

Going further and politically intervening to dictate where and how she serves her remaining sentence would set a dangerous precedent.

Benjamin Perrin is a professor of law at the Peter A. Allard School of Law at the University of British Columbia and Munk Senior Fellow at the Macdonald-Laurier Institute for Public Policy.