Politicians should be guided by victims of terrorism, not their killers: Vijay Sappani in iPolitics 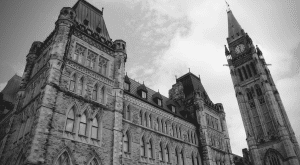 The measure of actions taken to confront extremism remains a project of politics, not national security, writes Vijay Sappani in iPolitics. Below is an excerpt from the article, which can be read in full here.

Four Muslim names spanning three generations slain by an act of terror in London, Ont., now also belong to those we memorialize on the National Day of Remembrance for Victims of Terrorism this June 23. Sixteen years since it was first enacted, the list of victims continues to grow longer. Surprisingly, this is happening in one of the safest countries in the world, despite Air India Flight 182’s bombing in 1985 and the 2014 attack on Parliament Hill.

Prime Minister Justin Trudeau’s statement on this occasion takes note of the horrific events in 1985, yet the measure of actions taken to confront extremism remains a project of politics, not national security.

The 1985 terrorist attack on Air India, killing 280 Canadian citizens, should have catalyzed the creation of a top-tier security system. The attack constituted the biggest aviation terror event until 9/11, and today, 38 years after the tragedy and more than a decade after the John Major report, Canada still seems incapable of confronting extremism.

Hard questions have to be asked.  What has been learned since 1985? Do security professionals have the mandate to do their jobs, or do politics prevail over the security of Canadians?

A 2018 CSIS report explicitly described Sikh radicalism, Islamic radicalism, and far-right fanaticism, as among the top five terror threats to Canada. The report created an uproar in certain segments of the Indo-Canadian diaspora, resulting in it being watered down – not due to new facts or errors, but under political pressure from vote banks decrying discrimination. Indeed, Canadian politicians interfering with national security reports is the natural product of decades of growing identity politics.