Line 5 and Colonial reveal much about politicians and pipelines: Jeff Kucharski for Inside Policy 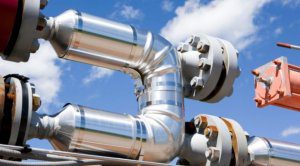 The Michigan Governor demands the shutdown of the energy lifeblood of Ontario while the Biden administration scrambles to help restart the Colonial pipeline after a ransomware attack. Politicians will buy the green lobby’s simplistic solutions until their own constituents’ energy needs and jobs are affected, writes Jeff Kucharski.

The attempted shut down of the vital Line 5 pipeline by the Governor of Michigan illustrates an unfortunate imbalance in the public discourse surrounding energy and the environment. This discourse has become toxic and polarized. I call it “unbalanced energy discourse syndrome (UED).”

Rather than a physiological disease, UED is an imbalance in the body politic. It is characterized by political rhetoric that promotes radical, one-dimensional environmental “solutions” to solve multi-dimensional energy system problems. Unfortunately, UED produces side effects and life altering consequences including economic pain, suffering from job loss and the risk that communities will die a slow death.

The Line 5 pipeline supplies crude oil and natural gas liquids from Western Canada to Michigan and finally to Sarnia, Ontario. The pipeline accounts for 53 percent of Ontario’s crude oil supplies and more than half of the propane used by Michigan and Quebec. Yet the Governor of Michigan is now attempting to cancel this 68-year-old pipeline that has operated safely over the same period. In so doing, she is willing to sacrifice the energy security, jobs and economic wellbeing of thousands of people, both in Canada and the US, to score political points with the green lobby.

Our current political narratives are partially to blame for this syndrome. Politicians and others who warn of an impending climate “catastrophe,” “cataclysm” or “emergency” are being unnecessarily alarmist, thereby raising unrealistic expectations that justify extreme measures. Since pipelines have now become the iconic soft target for some environmental activists, we have witnessed illegal protests over the Trans Mountain pipeline and now the attempted cancellation of Line 5.

Such rhetoric also serves to promote climate change issues over all others, overshadowing other urgent and important policy issues and creating an opening for some politicians to take extreme positions that will actually harm the energy transition, not to mention cause backlash and societal division as side effects.

The US green lobby risks its credibility as result of increasing radicalism and its own internal contradictions. On the one hand, there is the Governor of Michigan demanding the immediate closure of a pipeline that is the lifeblood of Sarnia, Ontario and critical to regional supplies of propane. At the same time, the Biden administration scrambles to help restart the Colonial pipeline after it was shut down by a ransomware group. Two important pipelines, one very great irony.

The Line 5 pipeline mainly affects Canadians, so who cares about them? But the Colonial pipeline affects gasoline availability for millions of American voters. Guess which fossil fuel pipeline is more important to US politicians? The point is, when it is politically convenient to use fossil fuel pipelines to score points to buttress their environmental credentials, politicians consider them expendable. But when it’s not convenient, especially when voters can’t find gasoline and have to pay skyrocketing prices, well that’s different.

These two pipeline events clearly demonstrate that we cannot magically flick the switch off of fossil fuels and simultaneously replace them with clean, green renewables. This is because we still have the legacy of an energy infrastructure based on hydrocarbons that took over 100 years to construct and upon which the smooth operation of the economy still depends. Serious technological and economic hurdles also remain in our ability to deliver affordable and constantly available clean energy alternatives.

Yet this obvious fact never seems to get in the way of those activists and politicians who want to outcompete each other to look greener than everyone else.

The cure for UED is for advocates to stop promoting simplistic solutions and catchy environmental slogans and instead support a more balanced and informed public discourse on energy. Countries can only maintain prosperity and reach their climate change goals by balancing the elements of what has been described by the World Energy Council as the “energy trilemma”: energy security, energy equity (affordability and access) and environmental sustainability. These goals are also reflected in the widely accepted UN Sustainable Development Goals.

This implies a gradual transition to a clean energy economy by the year 2050. The keyword here is “transition.” A transition does not imply a revolution to achieve some utopian scheme where 100 percent renewables replace the electricity grid virtually overnight. Neither is it shutting down all the pipelines because we need to address the “climate emergency.” Instead, it recognizes the need for an orderly transition to clean energy over the next 30 years. The energy industry, scientific literature and even the Intergovernmental Panel on Climate Change agree that meeting our climate change goals will take decades.

What we need are solutions that don’t devastate communities, disrupt the economy and result in overnight job losses. That means continuing to operate pipelines (which are demonstrably safer than the alternatives) so that we can maintain energy security, energy access and affordability, while at the same time making the investments required to achieve a green economy. That includes gradually building new infrastructure and systems, and making investments in retraining and skills development to smooth the eventual replacement of fossil fuels with cleaner alternatives.

The green lobby risks a public backlash by supporting radical non-solutions like the one the Governor of Michigan is trying to coerce. Any unthinking climate do-gooder can hold up a sign saying “Retire Enbridge Line 5.” It takes a lot more careful thought and forward thinking to try to balance the needs of today with the vision to plot a realistic and sustainable path forward. Sadly, much of this kind of thinking is lacking in the energy policy discourse today.

Dr. Jeff Kucharski is an energy policy specialist and researcher. He has a doctorate degree in energy science from Kyoto University, Japan.