Premonition of government failure: Philip Cross in the Financial Post 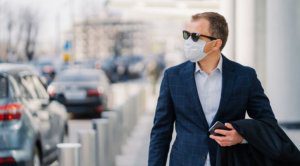 In his latest book, Michael Lewis, author of The Big Short and Moneyball, takes an in-depth look at the failure of U.S. governments to properly manage and contain the pandemic, writes Philip Cross in the Financial Post. Below is an excerpt from the article, which can be read in full here.

n his latest book, The Premonition, Michael Lewis, author of The Big Short and Moneyball, takes an in-depth look at the failure of U.S. governments to properly manage and contain the COVID pandemic. In doing so, he identifies what causes the systemic failure of government in many other areas — something that resonated personally with me after 36 years of experience in our own federal government.

The failure begins at the top and not just with President Trump’s refusal to take the pandemic seriously. The vaunted Centers for Disease Control comes in for an avalanche of criticism, starting with its refusal to test or trace people returning to the U.S. from China early in the pandemic. Worse, having persuaded people it was in charge it then refused to lead. Why? As Lewis writes, “The root of the CDC’s behaviour was simple: fear. They didn’t want to take any action for which they might later be blamed.” As one analyst tells him, there are two styles of leadership in government: one, named for Neville Chamberlain, stresses avoiding or at least disguising conflict, while the Winston Churchill style of battlefield command tackles issues directly. Government is loaded with Chamberlains.

State governments compounded the lack of federal leadership. California Governor Gavin Newsom made the flawed choice of Sonia Angell to head its public health agency. One official explained that Charity Dean, the most qualified candidate, who later emerged as a clandestine anti-pandemic leader within government, was passed over because “It was an optics problem. Charity was too young, too blond, too Barbie. They wanted a person of colour.” This should be a warning to all governments about the perils of choosing affirmative action over the best qualified.