Facing the prospect of wars involving Russia and China: Balkan Devlen in the National Post 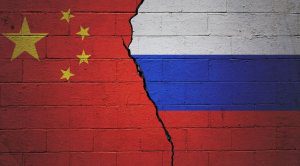 The potential for two simultaneous crises triggered by the Russian and Chinese regimes is real, writes Balkan Devlen in the National Post. Below is an excerpt from the article, which can be read in full here.

Observers are keeping a close eye on two recent developments: Russia has been amassing troops and weaponry on its border with Ukraine and closing parts of the Black Sea; and China has increased its provocations in and around Taiwanese airspace and territorial waters, as well as in the South China Sea.

Despite the recent announcement by Russian Defence Minister Sergey Shoygu that some of the troops are returning to their bases, the potential for two simultaneous crises triggered by the Russian and Chinese regimes is real and will be one of the key strategic issues that the West needs to deal with going forward.

To be clear, it is unlikely that this increase in bellicosity by Russia and China is co-ordinated. Each has their own reasons for choosing to amp up their aggression at this moment, even though we may not be able to decipher those reasons completely.

Regardless of whether it is co-ordinated or coincidental, the end result is the same: the United States and its allies find themselves with the prospect of being involved in two simultaneous crises with two of their primary adversaries. What is likely to be coincidental today may evolve into co-ordinated action tomorrow, if they realize that it is in their interest to do so. Furthermore, there is no doubt that both Russia and China are watching how we respond, or fail to respond, to their provocations.

Given the behaviour of these authoritarian regimes, the need for co-ordination and solidarity between the world’s democracies has never been greater. Both regimes are looking for weaknesses and disunity. They are testing our resolve and our capacity to push back. Canada can and should play a role in shoring up democratic resilience and defending our allies and partners against authoritarian aggression.