Protests in Lebanon and Iraq challenge Iranian dominance: Ofira Seliktar and Farhad Rezaei for Inside Policy 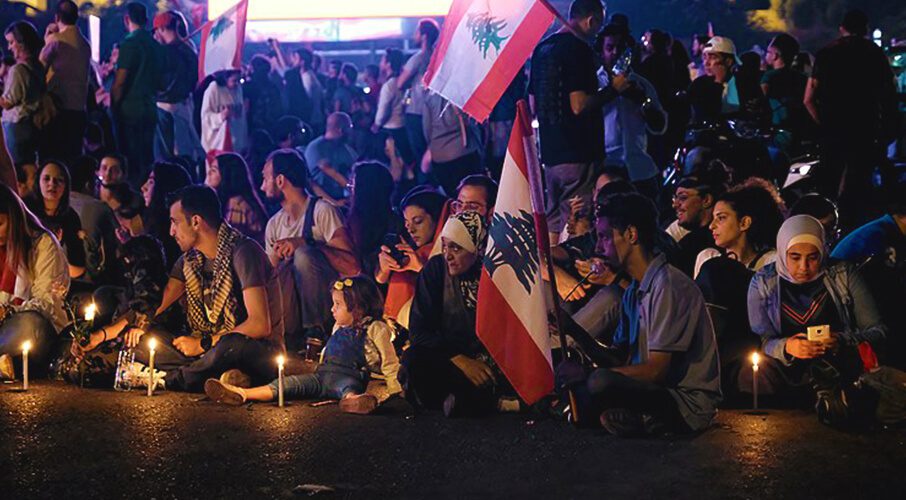 The protesters' demand to do away with sectarianism has presented the Iranian regime with few good options, write Ofira Seliktar and Farhad Rezaei.

When Ayatollah Ruhollah Khomeini announced his vision of exporting the Islamist revolution to the region, the Iranian Revolutionary Guard Corps (IRGC) developed the winning strategy of sponsoring Shiite militias to act as proxies. In 1982 the IRGC created Hezbollah in Lebanon, a model proxy. After the American invasion of Iraq in 2003, the IRGC and its foreign operations branch, the Quds Force (QF), set up a large number of Shiite militias under the umbrella of the Hashd al Shaabi, the Popular Mobilization Forces (PMF). The Iranian influence became so pervasive that Qassem Suleimani, the QF chief, became known as the “viceroy of Iraq.”

The recent widespread unrest in Lebanon and Iraq has caught the Iranian regime by surprise. The massive and peaceful demonstrations in Lebanon, which triggered the resignation of Prime Minister Saad Hariri, are ostensibly to demand the end of corruption, better governance, and state reforms. However, it is an open secret that Hezbollah is behind much of the paralysis and decay in the country. Hassan Nasrallah, known as the de facto ruler of Lebanon, is the architect of the unwieldy 30-ministers government, in which 18 ministers with significant portfolios, including service ministries, report to him. Hezbollah, which derives a substantial part of its income from smuggling, had contributed to the corruption by taking control of all border crossing, airports, ports, communication, and security network. The United States imposed stiff sanctions on Hezbollah, deepening that country’s economic morass.

Significantly, the demonstrations are not sectarian and include a large number of Shiites in places such as Nabatiyeh and Baalbek-Hermel, among others. Nasrallah responded that Hezbollah is in favour of the status quo, which he described as a “red line.” Alarmed by the civil protest, Qassem Suleimani paid a visit to Beirut on October 22 to assess the situation. His close associate, Mohammed Jalal Firuzniah, the Iranian ambassador to Lebanon and a former brigadier general in IRGC-QF, was put in charge of coordinating daily policies. In line with the Iranian guidance, Hezbollah’s initial response was relatively restrained, but the show of civil resistance like the human chain of people linking hands across Lebanon in October 2019 provoked a more violent reaction.

For instance, Nasrallah warned of a new civil war, evoking the bloody sectarian war in the 1970s. Soon after, Hezbollah's followers – organized by the Haider Unit, the internal security division of the organization, and headquartered in Dahiya, the Shiite neighborhood in Beirut – violently attacked protesters and burned down their tents to the chants of “God, Nasrallah, and the whole Dahiya.”

Potentially more challenging to the regime are the mass protests in Iraq where the Shiites have played a leading role, supported more quietly by the Sunnis. Cities like Basra, Baghdad, Karbala, Nasiriyah, Hellah, and Najaf, among others, were the scenes of mass disturbances. Like in Lebanon, the protesters have complained about corruption, lack of infrastructure, and services, and high unemployment. However, the Iraqi Shiites have accused the Iranian-backed Shiite government of creating the problems and, on occasion, burnt pictures of Ayatollah Khomeini and Suleimani. In the previous round of the civil unrest, Shiites torched buildings associated with Iran and its Shiite militias. Suleimani was so alarmed that he flew to Baghdad to chair a security meeting, telling the assembled officials that in Iran they know how to put down protest.

Response to the civil unrest has also differed. Hundreds of protesters were killed so far, either by security forces or most likely by the PMF militia snipers. The latter’s role was revealed when a mob beat Ayyub Falah Hassan al Rubaie, a.k.a. Abu Azrael, the head of Kataib al Imam Ali, known as “Rambo” for his exploits against ISIS. Protesters burned to death Wassam al Alawi, a commander in the IRGC-QF supported Asaib Ahl al Haq militia, prompting its chief, Qassem Khazali to warn of serious repercussions. For his part, Muqtada al Sadr, the head of the Sadrist movement and a fierce critic of Iran, has backed the protesters, setting up a potential clash between the Shiites.

The twin developments put Iran in an unexpected but grave predicament. Because of the deepening economic sanction, the regime is not in a position to help Hezbollah or the government in Iraq. Indeed, Hezbollah, and by extension, Lebanon, shield Iran from the consequences of some of the sanctions. The demand of the protesters to institute a “technocratic government” is thus a non-starter for Nasrallah and his Iranian masters. The Iraqi upheaval is equally challenging because the protesters want to dismantle the entire sectarian-based political and economic structure. Analysts have pointed out that in both countries there is a demand for a national political system by the young demonstrators who came to associate sectarianism with all the social and economic ills of their society.

Arguably, the demand to do away with sectarianism has presented the regime, which has relied on inflaming ethno-religious divisions, to dominate both countries, with few good choices. If Tehran gives in to the protesters, the reforms will undermine the sectarian underpinnings of Lebanon and Iraq. The other option is to crush the upheavals with brutal force. Ayatollah Ali Khamenei set the tone for such a tactic by stating that the unrest was "fabricated" by the United States and the “Zionist enemy,” which the regime could not tolerate.

Such an iron-fist strategy, however, would shred the thin legitimacy of the rule by proxies or trigger a non-sectarian civil war against the Iranian overlords. QF commander Qassem Suleimani, who virtually took over the management of the unrest, likewise threatened a severe retaliation. Still, given the dire consequences of both options, Suleimani decided to wage a war of attrition on the demonstrators, hoping to contain the chaos by judicious use of force. Behind the scenes, the Iranians have tried to provoke sectarian tensions in the hope of undermining the newly found national resolve among the Lebanese and Iraqi protesters.

If the regime's treatment of these recent waves of widespread upheaval is a guide, in the short run, such a strategy will succeed. In the long term, however, the corrupt and inefficient sectarianism would impede the economy of the two countries and create even more regional unrest.

Dr. Ofira Seliktar is Professor Emeritus of Political Science at Gratz College in the United States. Dr. Farhad Rezaei is a research fellow of the Center for International Policy Studies at the University of Ottawa. They co-authored Iran, Revolution, and the Proxy War, Palgrave Macmillan, December 2019.