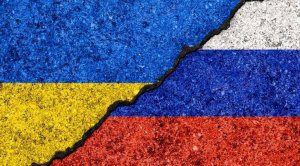 The West has many tools to signal to Putin that any new major military action would carry risks that far outweigh the benefits. Additional sanctions, blocking the Nord Stream 2 pipeline, providing Ukraine with substantive additional defensive military weapons and maintaining NATO cohesion on the issue would have considerable effect, writes Aurel Braun in the Globe and Mail.

Vladimir Putin – the Russian President now in his third decade in power – likes to keep his opponents guessing. And now, with as many as 85,000 Russian troops currently massed on Ukraine’s borders, Moscow may be tempted to add the country to its growing list of international victories that includes Transnistria, Georgia, Crimea and Syria.

Moscow’s Soviet-style claim – that it is Ukraine and the West that are provoking the build-up – is a chimera. So is the troop movement outside Ukraine a bluff, blackmail, a test, a possible limited additional territorial grab, or a signal of forthcoming all-out war? What factors are driving Moscow’s actions?

For several years, Mr. Putin has used external successes to compensate for or divert attention away from failures on the home front. Domestically, though, recent constitutional changes have allowed him to reset the presidential clock and run again in 2024 for two more terms, to 2036. The Sputnik V vaccine, meanwhile, seems to be a success, and has demonstrated that there are pockets of excellence In key ways, he is unchallenged, and he wants to project an image that he is unchallengeable.

But his position at home is not quite as solid as it seems. The vaccine may be a success, but at the same time, it has revealed just how rarely Russia has been able to mobilize its vast scientific talent in an economy that is corrosively corrupt and sclerotic. Moreover, while Moscow extolls its “vaccine diplomacy” through its export of Sputnik V, Russians themselves widely distrust the vaccine; only about 6.4 per cent have been inoculated so far. Further, the official Russian claim that COVID-19 deaths only number about 102,000 are dubious; the true figures, according to most observers, are as much as 2.5 times that number. And even though Russia’s economy may not have declined during the pandemic as much as those of others in the West, it is operating from a very low base. It is stagnant and failing to improve Russians’ poor standard of living.

With low international energy prices and Russia far more dependent on energy exports than any other major power, economic prospects remain grim. The deep structural changes needed to create a diversified economy in Russia carry too many political risks for Mr. Putin, and there is no sign that he is willing to take the necessary steps. Politically, the attempted assassination of Alexey Navalny failed, and though he has been jailed, he survives as a powerful symbol of opposition, with mass demonstrations inspired by Mr. Navalny badly rattling the Kremlin. Worse, the demonstrators showed a lack of fear, which is very dangerous for dictatorial regimes. Unwilling to risk deep economic reforms, unable to eliminate Mr. Navalny and fearful of popular opposition, it is little wonder that Mr. Putin is seeking external “successes.” The question is how he assesses the balance of risks.

Ukraine has landed in Mr. Putin’s sights because, in no small part, of the failures of the Minsk Protocol, the 2014 agreement to halt conflict in Ukraine’s eastern Donbas region. The pact has not yielded the benefits that Russia expected, and the subsequent Normandy Format talks did not help. Moscow tried to force constitutional changes on Ukraine by essentially giving the separatist regions – the self-proclaimed Donetsk and Luhansk People’s Republics – an effective veto for Ukraine’s efforts to join the European Union or NATO. EU membership would help nurture democracy, and there is little that Mr. Putin fears more than this contagion. Provocatively, Moscow has even given Russian passports to a great many in the breakaway districts of Donetsk and Luhansk, granting the Kremlin the option to intervene militarily under the guise of protecting Russian citizens.

Volodymyr Zelensky, the Ukrainian President elected in 2019, has also proven far less malleable than Moscow had hoped. In fact, since assuming the presidency, Mr. Zelensky has taken an increasingly strong national stand, insisting on the territorial integrity of Ukraine while articulating a need for support from the West, even demanding that the United States and others should speed up Ukraine’s accession to NATO. More than just an affront, the Kremlin views all this as a present danger.

The troop build-up outside Ukraine is also a test for new U.S. President Joe Biden, who has a long record of interaction with Russia. It is clearly Moscow’s hope that Mr. Biden would follow in former president Barack Obama’s “leading from behind” policy, where bold rhetoric was not matched by commensurate action. Russia is also using hybrid activity to force the West and Ukraine to make concessions. Among the goals could be an attempt to induce the West to lift sanctions, diminish Western support for Ukraine, and even coerce the West and Ukraine into accepting additional annexations. Mr. Biden has promised “unwavering support for Ukraine’s sovereignty and territorial integrity,” but we don’t know yet if this will translate into meaningful policy.

As Ukrainian and Western concern grows, Mr. Putin appears to have already achieved at least one small victory. Mr. Biden, who just last month agreed with a TV interviewer that Mr. Putin was “a killer,” initiated a call and proposed a U.S.-Russia summit, which the Kremlin is currently considering.

What Mr. Biden may consider an attempt to de-escalate potential conflict, however, may well be considered by Mr. Putin as a pre-emptive concession. We only need to look at the Obama-Biden administration’s ill-fated attempt to press the “reset button” in 2009, an effort to improve relations, to appreciate the risks and misperceptions.

This is a time that is ripe for such missteps. But while Mr. Putin is aggressive, he is not reckless. When he moved militarily, he did so under circumstances that he calculated were relatively safe. Now, however, amid domestic failures and coming parliamentary elections, he may be facing new pressures. The West, though, has many tools to signal to him that any new major military action would carry risks that far outweigh the benefits. Additional sanctions, blocking the Nord Stream 2 pipeline (which is essential for Russian energy revenue), providing Ukraine with substantive additional defensive military weapons and maintaining NATO cohesion on the issue would have considerable effect. Negotiations, meanwhile, should never suggest that aggression might be tolerated.

These tools need to be an integral part of a clear signal to Mr. Putin that further aggression by Russia in Ukraine would be a most reckless gamble that is bound to fail – and that there is no need for him to guess as to the outcome.

Aurel Braun is a professor of international relations and political science at the University of Toronto, an associate of the Davis Center at Harvard, and an MLI Advisory Council member.