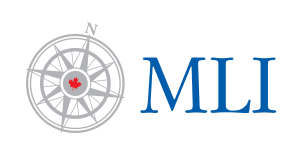 It is truly unfortunate for the Russian people that he prefers foreign adventurism over “cultivating the rich Russian garden,” writes Aurel Braun.

There are few sure things in politics anywhere; Vladimir Putin’s re-election, however, was one of them. So the issue for the Kremlin was not his re-election but rather how this would be presented to the country and the world. For everyone else, what matters are Mr. Putin’s future domestic and international policies.

None of Mr. Putin’s seven nominal opponents had the remotest chance of defeating him. At best, they were bit players in a political tragicomedy. Mr. Putin and his subordinates made certain that no credible opponent such as Alexei Navalny was allowed to run, and the largely Kremlin-controlled media ensured that those who were on the ballot would have little meaningful media coverage of their programs or proposals. Winning by essentially choosing who the opponents can be is the ultimate way to rig an election, and popularity without real opposition is vastly easier to generate.

Nonetheless, Mr. Putin had ambitions beyond merely winning. It seems he was aiming for a golden 70-70; that is, winning 70 per cent of the vote, would strike the right kind of balance, suggesting massive popularity without leaving the impression that the vote was rigged.

What is much more difficult to control is turnout. Since Mr. Putin could not coerce or induce everyone to cast a ballot, winning with a 70 per cent turnout would have been a welcome indicator of both overwhelming support and a rejection of pleas to Russians by opposition leaders such as Mr. Navalny that they should not take part in an election widely viewed as a fraudulent.

Mr. Putin did receive about 77 per cent of the vote (compared to his closest competitor, the Communist Party’s Pavel Grudinin at around 12 per cent), overshooting the target. Turnout, however, fell short even according to the somewhat questionable Central Election Commission at 67.4 per cent – less than the 69.7 per cent who cast ballots in 2008.

Nevertheless, a win is a win, even if Mr. Putin has won ugly. He is not beholden to anyone domestically, the economy has stabilized even if in a largely stagnant mode, and internationally, Mr. Putin continues to stride aggressively in Ukraine and Syria and rattles the nuclear sabre globally.

In short, Mr. Putin may think that he has a winning formula, domestically combining political fantasy with policies that are at once repressive and risible, and externally by generating what he believes to be controlled crises. These policies so far have allowed him and his cronies to stay in power and acquire and retain vast wealth. With few benefits trickling down, though, the people of Russia are offered little more than a kind of nationalistic kleptocracy with nuclear weapons that make the former superpower feared, if not respected, internationally. Deeming this a winning formula, there seems to be little incentive for Mr. Putin to change – despite the disappointing turnout.

In a sense, Mr. Putin is trapped by “success” and seduced by his own cleverness. Not withstanding its enormous potential, its highly educated population, brilliant scientists and unmatched natural resources, Russia is not really a modern state, with a living standard far below that of Western Europe, seized by corrosive corruption and restricted by a uni-dimensional economy.

Despite Mr. Putin’s outlandish March 1 promises that in the next six years he is going to grow Russia’s per capita gross domestic production by 50 per cent, there is no evidence of any credible plan to do so. Contrary to his victory speech in which he offered “confidence and hope”, Mr. Putin is likely to increase repressive measures to discourage the local opposition and will likely use foreign adventures and crises to divert the population’s attention away from domestic problems. He’s in too deep to actually develop the rule of law and free the economy from stifling government control and corruption.

Barring a dramatic change of heart, Mr. Putin is likely to be even more repressive domestically and dangerous internationally. It is truly unfortunate for the Russian people that he prefers foreign adventurism over “cultivating the rich Russian garden” that would give the population the economic success, political stability and personal dignity that they deserve and that so many seemed to have demanded by refusing to participate in Mr. Putin’s electoral charade.

Aurel Braun is a professor of International Relations and Political Science at the University of Toronto and a center associate for the Davis Center, Harvard University. His forthcoming book is Russia, the West and Arctic Security.