How to really help Canada’s Indigenous peoples in a time of crisis: Ken Coates for Inside Policy 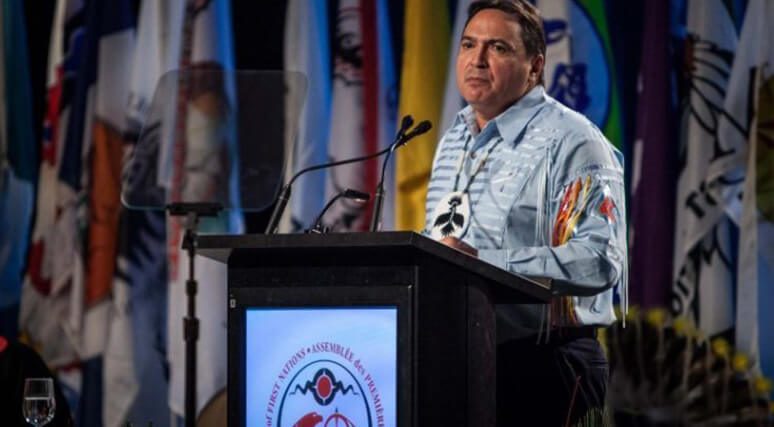 This can't be business as usual for funding Indigenous communities, writes Ken Coates.

It is axiomatic that Indigenous peoples will be hit disproportionately by the health, economic and social consequences of the coronavirus. This, sadly, is typically the fate of marginalized people in times of national crisis.

Overcrowding and poor health care systems leave many Indigenous peoples vulnerable to the disease itself. Job losses and project delays are already adding to the economic crisis in many communities. Complications in government policy-making and program delivery will, likewise, have a detrimental impact on Indigenous communities. While the scale and duration of the crisis remains unknowable at this time, it is clear that serious disruption has already occurred in Indigenous territories.

What is up for discussion is how best federal, provincial and territorial governments can support First Nations during these trying and uncertain times. Action must be taken. Many Indigenous communities moved quickly to shut down movements in and out of their towns. They have taken protective measures and, in particular, have made sure that elders are cared for and that food supplies are distributed to people in need. But First Nations, Métis and Inuit communities have limited resources, constrained authority and an over-reliance on the federal government.

The Government of Canada moved quickly to authorize additional funds for Indigenous communities, leading to an immediate response from community leaders that the amount of money was too small. There were worries, too, that the standard governments processes – application, decision-making, reporting and evaluation – would add to the time needed to secure the money and the expense of managing it.

The Trudeau government is clearly ready to be flexible and creative in its approach to this important field. Now is the time to demonstrate that a new foundation in Indigenous affairs is in operation. Here are areas where substantial change could occur quickly, responding to the interests of Indigenous peoples while laying the foundation for a much-improved long-term relationship.

Ottawa should move quickly to implement greater Indigenous control over financial matters. The emergency funding should be allocated directly to Indigenous organizations, potentially including either national or regional associations or specific communities. Indigenous groups have earned the confidence and trust of government. Those communities that are struggling with administrative challenges, including those under third party management, can work directly with Indigenous Services Canada.

Canada is going to spend billions of dollars on national infrastructure projects in the next year or two. This will be a central part of the government’s stimulus program. The Government of Canada could make a high-profile national statement about the priority attached to Indigenous peoples. Projects that address major Indigenous needs – water systems, Internet, housing, road repairs and the like – should be at the top of all lists. Furthermore, the well-established model of Indigenous business tackling problems independently or in collaboration with non-Indigenous businesses could be mobilized

Indigenous communities are heavily invested in the natural resource economy. And contrary to the apparent belief of the Government of Canada, the majority are open to resource projects, provided that they have an appropriate say in the developments and secure a reasonable return. They have been battered and frustrated by the government’s odd policy approach to this vital area over the past few years. In the interest of giving Indigenous peoples the chance to build a prosperous future, it is essential that the government institute a moratorium on additional regulation and interference with the resource economy.

Such a moratorium would mean, at a minimum, a suspension of Bill C-69, perhaps for a period of five years, and a withholding of the proposed legislation on the United Nations Declaration on the Rights of Indigenous peoples, again for at least five years. Working with Teck Resources Ltd. to restart the Frontier mine when market conditions warrant would send a strong economic boost to First Nations and Métis communities in the region. Failing to do these things could plunge many northern Indigenous communities into a prolonged economic depression that could wreak havoc with local aspirations to gain control over their future.

Given the enforced break in other activities associated with the pandemic, perhaps Indigenous groups and the Government of Canada could also use the time to rethink the expensive and time-consuming approach to settling legal challenges. The country has been painfully slow in dealing with the literally hundreds of specific claims associated with Indigenous rights, including major issues of land use, Indigenous control, resource development, and finances. The costs to communities in terms of legal and specialist fees, leadership time, and community inconvenience have been more than considerable. Surely Canada can do better. The hiatus in other activities during the crisis should give Indigenous and national officials time to make some substantial movement in this critical area.

Canadians now understand that the coronavirus presents existential threats to Canada’s economic, social and even political future. In some areas, like stimulus spending, the country should be looking to the medium and long-term in making strategic investments. On the Indigenous files, the Government of Canada has to move quickly to head off the immediate health care crisis, offset the major economic disruptions that could set Indigenous communities back a decade or more, and provide some positive indication that Canada is serious about putting Indigenous-government relations on a new track.

The time for action, which places Indigenous leaders and communities in the driver’s seat for the first time in generations, is upon us.

Ken Coates is a Munk Senior Fellow with the Macdonald-Laurier Institute, and Canada Research Chair in Regional Innovation at the Johnson-Shoyama Graduate School of Public Policy.