Remember Afghanistan’s women and girls: Khorshied Nusratty for Inside Policy 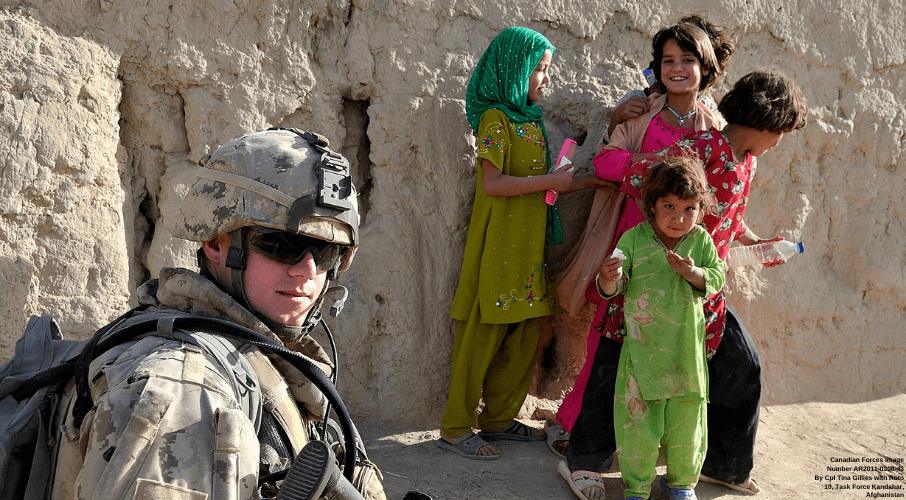 While going to war in Afghanistan was controversial in Canada, Canadians were united in their sympathy for women and girls who suffered so terribly at the hands of the Taliban, writes Khorshied Nusratty. We should remember what we achieved for them over 20 years, and reflect on the fate they have been left to with the final withdrawal of the West.

A shorter version of this article can be read in the Toronto Star.

Canada’s role in Afghanistan after September 11, 2001, was controversial for many Canadians. During the five years I spent in Ottawa from 2004-2009, the war in Afghanistan became the dominant foreign policy issue among politicians, the media and everyday Canadians. There was a struggle to understand why Canada – which had historically taken on a peacekeeping role around the world – became involved militarily in a war that didn’t make sense to many people, especially as the events of 9/11 had occurred in the United States and Afghanistan was a faraway country with no real foreign policy connection to Canada.

Despite the ongoing struggle among those questioning the Afghanistan war, there was one area of consensus among Canadians that brought their disparate and sometimes clashing views together, and that was the advancement of human rights and social gains for Afghan women and girls. Canadians wholeheartedly supported programs and projects that would help pull Afghan women and girls out of abject poverty, oppression and despair.

Prior to 2001, Afghan women and girls were seen as less than second-class citizens by the cruel and barbaric Taliban regime, who viewed women as chattel, trading them for livestock or bestowing them as sex slaves upon their comrades.

Under the Taliban, Afghan women and girls were forbidden to work, attend school, participate in any public aspect of Afghan society, and could not leave the house or travel without a male companion. They had no rights whatsoever and were whipped in the street for showing as much as an ankle beneath their blue burqas. It was a hellish existence that no Westerners had ever experienced.

The world responded in shock when images of Afghan women being brutally shot or stoned to death in public stadiums were released across the airwaves. How could anyone ignore the barbaric cruelty that was happening in this impoverished, war-torn nation? Luckily for the people of Afghanistan, and especially the women and girls, the world didn’t turn away. Instead, numerous countries, including Canada, joined forces to first oust the Taliban and then to form the International Security Assistance Force (ISAF) in order to establish order under a new Afghanistan government and stabilize a country that had undergone nearly 25 years of conflict at that point due to the Soviet occupation and a brutal civil war.

After 2001, millions of Afghan women and girls were able to return to school and pursue an education. They returned to work in droves and started businesses, became doctors, lawyers, judges, parliamentarians, and joined the Afghan government. A burgeoning media and dynamic civil society launched thousands of Afghan women journalists, human rights activists, and political figures. Women appeared on television and competed in talent shows. Girls were able to participate and flourish in sports, and proudly represented Afghanistan in the Olympic Games in Athens (2004) until more recently in Tokyo (2021).

None of these gains would have been possible without the financial support and dedication of the international community working on humanitarian and reconstruction programs across all sectors in Afghanistan, backed by the military engagement and protection of ISAF and NATO forces. Every sector of society suffered and most infrastructure was destroyed throughout the many years of conflict, requiring major reconstruction projects across the nation.

Without military security and periods of stability, little progress would have been achieved over the past 20 years. However, these advances did not come about without an extraordinary investment of dollars and the loss of thousands of lives, especially among Afghan civilians, soldiers and police. Canada lost 158 soldiers and seven civilians during its military involvement in Afghanistan which ended in 2011, and the last Canadian soldiers left the country in early 2014.

As the security situation has deteriorated over the past few years once NATO forces started to drawdown and the ISAF mission ended in 2014, the Taliban and ISIS-K have wrought immeasurable destruction and loss of life among the Afghan population. In the first half of this year alone, 350 Afghan women and girls have been killed at the hands of these barbaric terrorist groups. It is no wonder that Afghan women feel abandoned by the West, and their futures are hanging in the balance.

With days left until the US military withdraws completely from Afghanistan, there is a great feeling of disbelief, anger, fear and panic among Afghans and the global community that has worked, lived and stood side by side with them since 2001. The world watched in horror as the Taliban quite easily took control of Afghanistan within a few weeks after it was announced that America was finally ending its longest war.

No one thought the United States or NATO forces would remain forever in Afghanistan, but certainly no one ever imagined we would see the tragic images of fleeing Afghan men, women and children as Taliban forces rolled into Kabul and hoisted their black Islamic Emirate of Afghanistan flag above the Presidential Palace.

When the last Russian soldiers finally left Afghanistan in 1989 after ten years of an unsuccessful occupation resulting in 1.5 million Afghans killed, Afghanistan expected political support and reconstruction efforts from the United States, which had backed Mujahideen forces leading to the defeat of the Soviets and the end of the Iron Curtain.

Unfortunately, American assistance never materialized, and Afghanistan fell into years of a bloody civil war out of which emerged the Taliban in 1994. In its failed state status, terrorism under the Taliban and Al-Qaeda was allowed to flourish leading to the fateful events of 9/11. Afghan women have much to fear with the return of the Taliban, but so should the rest of the world if we allow this nightmare to run its course. We owe the Afghan people more than that for everything they have endured.

Khorshied Nusratty is a former journalist who worked for ABC News and Fox News in Afghanistan from 2002 through 2004. As an Afghan American women’s rights advocate, she has promoted the cause of Afghan women and girls for most of her life (www.forafghanistan.org, www.voicesontherise.org). She was married to Omar Samad, the former Afghanistan Ambassador to Canada; they lived in Ottawa from 2004 – 2009. Khorshied is the Principal Communications Advisor at Gallup in Washington, DC.