How the trend to remote work may help growth outside major centres: Linda Nazareth in The Globe and Mail 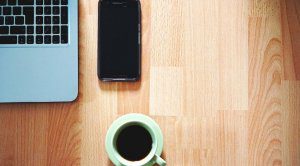 With the pandemic, a large chunk of the work force is now doing remote work, and apparently it is turning out more or less okay, writes Linda Nazareth.

Move to the city to seek your fortune goes the old saying, and by and large that has been the reality for Canadian workers, none more so than those in the tech sector. Tech companies have tended to cluster in a few large centres in Canada and in other countries as well.

In the United States, in particular, many concerns have been raised in recent years that those tech-heavy centres have been growing at the expense of the rest of the country by siphoning off talent and resources and creating a have and have-not structure between them and everywhere else. Unfortunate, but how can you stop it?

Well, maybe with a pandemic that shows people can work from anywhere and that having everyone in one place is less magical than might previously have been thought. If that idea gains wide acceptance, one aftermath of the pandemic might be more balanced growth between Canada’s cities and the wide swath of the country outside of metropolitan areas.

The rise of “superstar” sectors and companies are behind some of the growth of a handful of superstar cities. In a 2019 analysis, the McKinsey Global Institute identified superstar sectors such as the internet, media and software, pharmaceuticals and medical products, financial services, professional services and real estate. In terms of companies, the ones in the tech sector are now household names and include companies such as Apple, Google, Facebook and Twitter.

The Brookings Institute, among others, has expressed concern about the phenomenon, pointing out that over the past decade, one-third of U.S. job growth in digital services was in just five metropolitan areas – New York, Seattle, Boston, San Francisco and San Jose, Calif. The implication is that wages keep growing in these superstar areas as they draw talent, resources and wealth while everywhere else looks increasingly B-list.

Before the pandemic, Canada had also started to show a divergence in fortunes between areas. A 2019 analysis by Toronto-Dominion Bank showed that after the financial crisis in 2008-09, the top four Canadian cities of Toronto, Montreal, Vancouver and Calgary have been attracting jobs at the expense of other cities, while the tech hub Kitchener-Waterloo region of Ontario was also seeing skyrocketing employment growth.

Except, apparently, the jobs can be anywhere. With the pandemic, a large chunk of the work force has been sent home to do their work, and apparently it is turning out more or less okay.

Not perfectly of course. Workers at home have to contend without company cafeterias, lounges and the benefits of having their team close at hand. Still, the experience is proving to be positive enough for companies that several in the tech sector, including Facebook and Twitter, have said they are open to the idea of permanent remote work.

With the big names apparently on board, we seem to be at the beginning of a game-changing shift from the state of remote work before the pandemic, where some companies embraced it but many still viewed it with deep suspicion.

The gains to areas outside of cities may take place slowly and change over time. It will be the opposite of the splashy wins that small towns sometimes get when a company decides to relocate to them and politicians stage photo-ops while carefully detailing just how many jobs will be created.

Instead, the gains may happen almost in slow motion as, for example, Atlantic region transplants to Vancouver wake up to knowing they can pick up and move back home while still getting paid, or small towns in the Prairies make a play to attract tech workers who want a taste of something that is very different from city life.

The conditions are there for it to happen. According to Statistics Canada, about 40 per cent of Canadians are able to do their jobs from home, and even a small percentage of them choosing to do so could have a significant impact. Over time, a flow of remote workers away from the big tech hubs could even go some way toward reversing the demographic trend of older populations outside of cities.

It is almost ironic. Prepandemic, the technology for remote work existed, but the tech companies that invented it were notoriously cautious about using it for their own workers. Given their apparent change of heart, other wide-reaching changes are also likely to occur in the postpandemic future.

Linda Nazareth is host of the Work and the Future Podcast and senior fellow for economics and population change at the Macdonald-Laurier Institute.