Replace Labour Day with something worthwhile: Philip Cross in the Financial Post 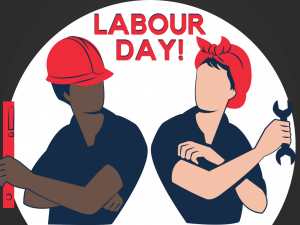 Instead of Labour Day, we should be publicly recognizing the contribution of entrepreneurs, writes Philip Cross.

For most Canadians now, Labour Day is important only because it is the symbolic end of summer rather than a time to recognize the benefits of union support for working people. This is not surprising since union membership in this country has increasing become the exclusive purview of the public sector. Over 71 per cent of public sector workers were unionized in 2012 (the last available data year), compared with only 16 per cent in the private sector. To ask Canadians to celebrate Labour Day these days is to ask them to commemorate the Public Sector Union Monopoly of Privileges and Benefits That We Will Never Share.

Because of the public sector union’s dominance, today’s labour movement serves mostly the entrenched interests of the most pampered members of our labour force, not the downtrodden masses of the 19th century when Labour Day began. Public sector workers enjoy benefits that private sector workers can only dream of: They are paid more, they receive more generous leave and benefits, they receive guaranteed pensions, and they retire earlier than the private sector workers who ultimately shoulder the burden of paying for these benefits.

Most importantly, public sector unions inhibit managers from being effective while encouraging an exaggerated sense of employee entitlement. The negative effect of unions on efficiency is why we should follow the lead of Singapore, which mandates that union leaders take classes in the importance of productivity in powering economic growth. As public administration expert Donald Savoie has concluded, “Non-government employees have every right to ask why public sector employees can remain isolated from the requirements of the global economy.”

To ask Canadians to celebrate Labour Day these days is to ask them to commemorate the Public Sector Union Monopoly of Privileges and Benefits That We Will Never Share.

Public sector unions acquired these benefits because naïve politicians gave them the right to negotiate and strike in the 1960s without regard to the key difference between the private and public sectors. When workers at a firm go on strike, customers can still buy products from competitors. But because the public sector has a monopoly, when its workers go on strike the public unavoidably is deprived of services it cannot get elsewhere. As a result, while the marketplace acts as a check on union power in the private sector, there is no such restraint in the public sector.

Another key difference between public and private sector unions is that the public sector ones actively try to influence the election of the people it negotiates with. This leaves public sector unions free to make unbridled demands for their simple, perpetual goal: “More.”

“More” remains the central demand of public service unions, no matter how outrageous or how burdensome they are to society. Pursuing their self-interest prevents them from fulfilling their public duty. As one American teacher’s union leader, Alberta Shanker, is claimed to have said, “When school children start paying union dues, that’s when I’ll start representing the interests of school children.”

Daniel DiSalvo concluded in his recent book Government Against Itself: Public Union Power and its Consequences that collective bargaining in government “impose(s) significant costs on society while providing few broadly shared benefits.” Instead of fraternity, public sector unions preach insularity; the oppressed have become the tyrants.

Several political leaders have successfully stood up to public sector labour activism. Calvin Coolidge, then mayor of Boston, was launched to national fame and ultimately the presidency when he fired striking policemen, declaring “The action of the police in leaving their posts of duty is not a strike. It is a desertion.”

Ronald Reagan’s firing of illegally striking air-traffic controllers demanding a 100-per-cent pay increase was a turning point in his administration’s economic and foreign policy (how fitting that Washington, D.C.’s airport is now named for Reagan). Alan Greenspan believed that the president’s decision was greeted in boardrooms across America as a signal that aggressive restructuring of bloated, unionized corporations was now politically possible, paving the way for their resurgence against overseas competitors. George Schultz, Reagan’s secretary of State, called the firing “the most important foreign policy decision Reagan has ever made” because it showed even foreign leaders that he meant business. Any Canadian political leader with the courage and fortitude to say “no more” to public sector unions would demonstrate to the world that Canada is serious about pursuing economic growth rather than its current posture of being ridiculous.

So what to do with Labour Day, a holiday that is entrenched in North American society but whose meaning is lost in the grotesque acquisition of benefits by the public sector? Consider this a modest proposal is to combine it with Nassim Nicholas Taleb’s idea for a National Entrepreneur Day. French economist Jean-Baptiste Say invented the term “entrepreneur” two centuries ago to describe someone who unlocked capital in land “to invest in the future.” It is hard to think of a better way to convey the meaning of capitalism to Canadians than celebrating that. Replacing Labour Day with National Entrepreneur Day would save adding the latter to the calendar as another day off businesses have to pay for.

Better we should recognize the contribution entrepreneurs make to national well-being rather than pay undeserved homage to parasitic public sector unions. In the words of Margaret Thatcher, “Nations depend for their health, economically, culturally, and psychologically, upon the achievements of a comparatively small number of talented and determined people.” By publicly recognizing the contribution of entrepreneurs, we would help reinforce the message that wealth must be created before it can be distributed.