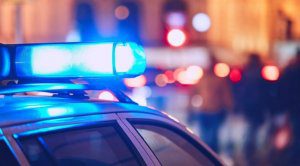 In short, there is no definitive conclusion that racism plays a primary or significant role in citizen deaths at the hands of the police, writes Sonia Orlu in the National Post. Below is an excerpt from that article, which can be read in full here.

The article is an excerpt from Sonia Orlu's MLI commentary "Why I do not support the Black Lives Matter movement."

In response to the assertion that Blacks are “systematically targeted for demise,” every recent compilation of crime statistics in the United States shows this statement to be categorically false (Canada has no comparable robust reporting on race-specific crime statistics). In fact, per the 2018 US National Crime Victimization Survey, the only group of people systematically killing Black people are other Black people and overwhelmingly so. The Bureau of Justice Statistics also reports that “the offender was of the same race or ethnicity as the victim in 70 per cent of violent incidents involving Black victims.” This directly confronts assertions, especially by celebrities and politicians, that Black people are “literally hunted,” as Lebron James put it.

Yet another pernicious falsehood is the claim that there is a genocide of Black men by the police. To be clear, police brutality is a pervasive issue for all races and needs to be addressed. At the same time, there is no empirical evidence to suggest cops are systematically targeting Black people or that every fatal outcome between whites/cops and Black people is fuelled by racism. To bring it back to current events, there is no objective justification for the assertion that race played a primary role in George Floyd’s death, for example.

To those who say this would never happen to a white man: unfortunately, it has. His name was Tony Timpa. Writing in Quillette last year, John McWhorter describes the circumstances that led to the deaths of non-mainstream, non-Black victims of police brutality writing, “just as the Timpa case tragically parallels the Floyd one, there are countless episodes paralleling those we hear about involving black people.” My point is that what happened to Michael Brown, Philando Castile, George Floyd, Breonna Taylor, Regis Korchinski-Paquet, and Rayshad Brooks can happen and has happened to white persons.