Revenge of the Normies – is it time to take back control from the cognitive elite? Helen Dale in CapX 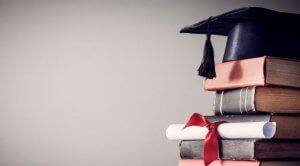 At bottom, Head Hand Heart is a profound and often moving argument that we should not be in the business of rewarding people materially or socially simply because they are clever, writes Helen Dale in CapX.

After the January 6 Capitol Riot – in a long and thoughtful piece addressing the descent of many American partisans into paranoid conspiracism – Nebraska GOP Senator Ben Sasse not only tore strips off what is sometimes called the legacy media and decried the fantasists of QAnon. He also argued that the corporate leviathans of Big Tech are dreadful at what they do.

“Sometimes intentionally, sometimes inadvertently, Americans have outsourced key parts of political life to Silicon Valley behemoths that were not designed to, and are not competent to, execute functions traditionally in the province of the government. The failure of our traditional political institutions and our traditional media to function as spaces for genuine political conversation has created a vacuum now filled by the social media giants—who are even worse at the job.”

When one considers how extraordinarily profitable these outfits are – especially the likes of Facebook and Google – Sasse’s observation may seem passing strange. If, however, one accepts proof of the pudding is in the eating, then he’s clearly right. People who think the US government is in thrall to a global network of cannibalistic paedophiles or home to a white supremacist plot to do down black people did not learn this on Fox or CNN. They got it from social media, and social media is run by clever people who precisely because of their high intelligence are almost wholly unsuited to running media companies.

This, at least, is the argument advanced – over 300-odd closely reasoned pages – by policy wonk David Goodhart in Head Hand Heart: The Struggle for Dignity and Status in the 21st Century. Goodhart claims that much of the developed world requires a major change in the way we measure and reward social status. And part of the change involves stripping cognitive elites of both wealth and power. “We have reached Peak Head,” Goodhart argues. “All too often, cognitive ability and meritocratic achievement is confused with moral worth”.

More than anything else, Head Hand Heart is a root-and-branch attack on meritocracy, and Goodhart is open about the extent to which he agrees with Michael Young’s polemical attack on the concept, Rise of the Meritocracy. Like Young, he accepts that one doesn’t wish to be treated by a doctor who failed anatomy or advised by a lawyer who failed contract, but he thinks cognitive privilege needs to be limited in scope. The university sector should shrink and polytechnics be reinstated. Graduate-only positions ought to be scrapped except in limited, cognitively complex areas. Meanwhile, countries like Germany and Australia – which still educate most of those who work in skilled trades, so do not need to import them in the form of immigrants – are to be emulated.

Never one to make concessions to tender feelings, Goodhart’s campaign to confer increased pay, status and respect on trade skills (“hand”) and social care (“heart”) at the expense of the exam-passing classes (“head”) involves sticking his fingers into a large number of open wounds.

He has no time for pieties about destigmatising conditions like Asperger’s, for example. “We know,” he says bluntly, “that some people with very high cognitive functioning, and usually very high IQs, are ‘on the spectrum’ for autism and often lack social intelligence”. His carefully worked out policy proposals for depriving such types of access to the levers of power would defang Twitter and Google and shrink Facebook. This may please Senator Sasse, but I do wonder at the wisdom of shoving the bright but socially clueless back in their mothers’ basements where they would likely spend their free time road-testing The Anarchist’s Cookbook (while wearing a failed start-up hoodie, of course).

As if that isn’t enough, he draws on survey data from multiple jurisdictions showing that most women either wish to leave the labour-market entirely or only work limited hours before their children start school. His policy solution is simplicity itself: let women transfer some or all of their personal allowance to their husband or partner, or split the higher earner’s salary in two and tax both at the lower rate thereby produced. This not only buttresses family formation but means women with small children are effectively paid “Wages for Housework” as the 70s feminist slogan put it.

Goodhart is surely aware that, in 2021, the introduction of these policies would crater female labour-market participation and turn the existing wage gap between men and women from a crack into a chasm. He suggests it, however, because feminism has been captured by the 20% of women who have what are traditionally considered masculine, work-focussed outlooks. Relatedly, subsidised childcare requires huge wealth transfers from the childless and people in full-time employment to working mothers. His argument, of course, depends on understanding that the male-female wage gap is not a function of sex, but motherhood. His solution is to support and reward what most women want to do, much of the time: mothering.

Head Hand Heart is careful and measured in tone, but its implications are revolutionary. It also upends some common assumptions.

Say “meritocracy” to most people, for example, and those north of 45 will likely define it by reference to “the right person for the job”, and if that were all it was, meritocracy would be a genuine social good. However, as Goodhart points out – in tandem with the expansion of higher education and almost certainly as a result of it – it has now become uncomfortably close to Michael Young’s dystopian vision. People under 35 are often open in their belief that it means some forms of work or certain occupations are intrinsically better than others.

This is captured most vividly in the risible state of Britain’s social care sector. Care is devalued not only because it’s seen as women’s work. It’s also downgraded because economists think, as Goodhart observes, “that anyone can do it”. It doesn’t seem to require much in the way of human capital, something beloved of the cognitive class.

Goodhart’s discussion of how one goes about establishing the difference between a good carer, an average carer, and a bad carer is really striking and worth feeding into policy responses to the UK’s ongoing and coronavirus-exacerbated social care crisis. Doing this, however, will involve unpicking roughly 30 years of policies that were premised on the belief that the best way to decide who gets “higher” jobs is on the basis of merit as identified by formal academic attainment.

That privileges one kind of talent or ability over others and, more profoundly, means talent in the form of intelligence is used as a proxy for talent in general. Goodhart is upfront about the fact that no great ethical tradition going back to antiquity considers high intellect a per se good.

Historic meritocracies, when they lost their way, often did so because the definition of “merit” narrowed to such an extent over time that people who finished up “on top of the heap” were intellectually able but ethically deficient. They lacked character – in the traditional sense of the term – and screwed the national pooch as a result. Goodhart is not alone in noting that overpraising and overpaying brains leads nowhere good. Medievalists and Sinologists have observed this pattern repeating down the centuries in Chinese history, for example. It was often why entire dynasties collapsed.

For decades, ever-expanding higher education was justified on the basis that it increased human capital for the individuals who attended, while graduates’ enhanced knowledge conferred benefits on society as a whole. However – and especially as returns to tertiary education have begun to go in reverse – the “human capital” plus what is often called “positive externalities” case has started to fall to bits. Goodhart makes a compelling case that increased university attendance and costs have not created a more skilled and productive workforce. Instead, the growth of higher education is about labour market regulation and signalling. It gatekeeps well-paid and (more importantly) high status occupations by making them dependent upon acquiring the certification of a degree (any degree). Degrees are costly signals of mostly pre-existent qualities and attributes that make the holder a good employment bet: clever, conscientious, and conformist.

Alexis de Tocqueville once wrote that a society could produce “a very polished, but a very dangerous” group of citizens by giving them “a sense of wants which their education would never teach them to supply”. De Tocqueville’s aphorism now goes by the name of “elite overproduction”, which puts numbers on the crabs-in-a-bucket phenomenon that signalling and credentialism imposes on the young. Thanks to Tony Blair’s desire to send 50% of young people to university (achieved and then surpassed in 2019), we now have a situation where too many people are chasing too few elite places in society, creating a large class of disgruntled elite-wannabes.

Many of those graduates, under the impression they were joining society’s top tier, will never get there and instead be left disappointed and indebted. Worse, some have studied various activist-based subjects, which make unfalsifiable – even quasi-religious – assumptions about power and oppression. Elite overproduction also provides high-octane fuel for the culture war. Resentment of the way the meritocratic labour market works is, Goodhart argues, a significant factor behind our current political realignment and the rise of populism.

At bottom, Head Hand Heart is a profound and often moving argument that we should not be in the business of rewarding people materially or socially simply because they are clever. That – to pinch one of Adam Smith’s insights – is like holding people in high esteem simply because they’re rich. Goodhart doesn’t quite argue for a “revenge of the jocks”, but he does come close to arguing for a “revenge of the normies”, those who sit in the middle of the distribution. His policy proposals – especially on social care, where we know we have a major problem – should be treated with seriousness and respect.

Helen Dale read Law at Oxford and Edinburgh and was senior legal adviser to an Australian Senator.