Russia-Ukraine tensions are profoundly dangerous. The West must intervene: Aurel Braun in the Globe and Mail 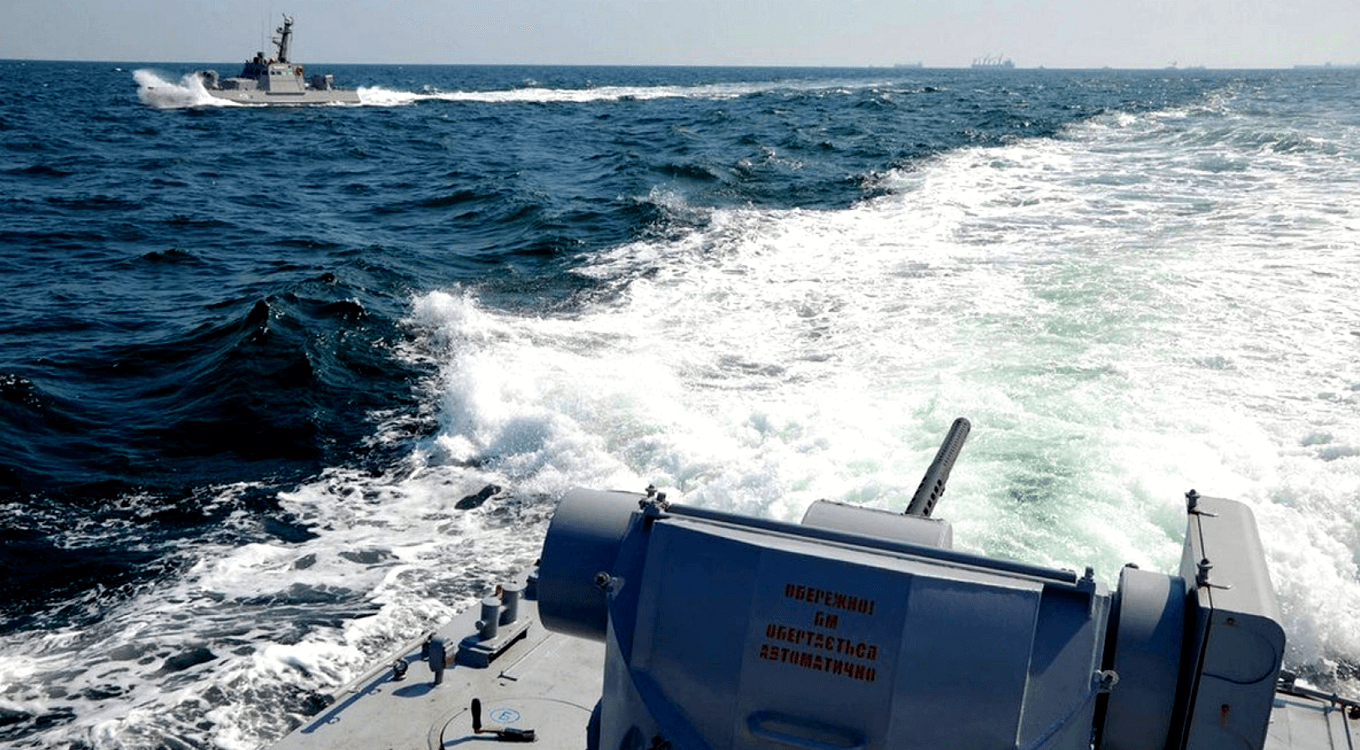 It is largely up to the West to find the right kind of balance between de-escalation and deterrence as it tries to reassure Ukraine, writes Aurel Braun.

Sunday’s brazen Russian attack on three Ukrainian naval vessels, the capture of two dozen Ukrainian sailors and the wounding of several, is the first direct military incident between Moscow and Kiev forces. It represents a profoundly dangerous escalation and a stark challenge to U.S. President Donald Trump as he prepares to meet Russian President Vladimir Putin on the sidelines of the G20 summit at the end of this month.

That the Russian attack in and around the Kerch Strait was swiftly condemned by both NATO and the European Union underlines the utter gravity of the situation. The West needs to move quickly along two lines – de-escalation and deterrence – while making these two seemingly contradictory goals compatible, if long term peace is to succeed.

How much is at stake cannot be overstated. First, if Russia is able to deny Ukraine the right to navigate through the Kerch Strait, then it will be able to block Ukraine’s ability to export iron and steel from the ports of Mariupol and Berdyansk, which represent 25 per cent of the country’s total export revenue. With an unchallenged violation of the 2003 Russia-Ukraine treaty, which was meant to give Kiev unimpeded access to the Kerch Strait and Sea of Azov, Moscow could begin to strangle the Ukrainian economy.

Second, by blocking unimpeded navigation to Ukrainian ports on the Sea of Azov, Russia can also undermine the military position of Ukraine in the city of Mariupol which is quite close to the line held by Moscow-controlled rebels in eastern Ukraine. The fall of Mariupol to Moscow’s proxies would be a devastating blow to Ukraine.

Third, if Moscow is able to conduct such a direct attack on Ukraine with impunity, this may also send a signal to NATO that its periphery is increasingly at risk and that the Baltics, perhaps even Poland which borders on the vulnerable Suwalki Gap, could be at risk in the future.

Any attempt to deal with the crisis at the UN Security Council, given Moscow’s veto, is likely to be fruitless as shown in the failed emergency session on Monday. In fact, Russia, reaching into the old Soviet lexicon, claimed that it was responding to a Ukrainian “provocation” – code in Soviet times for justifying aggression.

Ukraine’s move to introduce Martial law is not likely to deter Russia and may even have a deleterious domestic impact. Martial law may not appreciably increase Ukraine’s military readiness, (which after several years of supposed improvement is still relatively ineffective), but is already raising concerns about possible political manipulation by the Poroshenko government as it is preparing for elections in March, 2019.

It is therefore largely up to the West to find the right kind of balance between de-escalation and deterrence as it tries to reassure Ukraine. For a start the Ukrainian sailors have to be freed and Kiev’s right of peaceful passage through the Kerch Strait must be restored. Perhaps the latter could be done through an international monitoring regime that would ensure that Ukrainian and Russian vessels do not violate territorial waters as they navigate in the region and Moscow could claim that now its concerns about possible attacks on its bridge-link via Kerch to Crimea would be safeguarded.

At the same time, the West must move quickly to boost regional deterrence against Russia and make clear the unacceptable cost of future aggression. This includes several steps that NATO and particularly the United States should take expeditiously, especially now that Mr. Trump will be meeting with Mr. Putin.

First, Ukraine could be given more defensive armaments, but this would have to be carefully calibrated so that Kiev is not tempted to overreach.

Second, the West could put additional sanctions on Russia. Given the multiple ones already in place this would be more symbolic than substantive.

Third, perhaps most effectively, Mr. Trump could accede to Poland’s requests for the deployment on a permanent basis on its territory of an armoured U.S. division. This would be a vital substantive and symbolic step, providing real deterrence on the ground while signalling to Moscow that the new members of NATO enjoy the same protection and rights as the old West European ones and that the United States is developing real military response capabilities next to Ukraine.

In a sense then, Russia’s dangerous escalation is not only a matter of urgency but for the West it is also an opportunity to build a more effective deterrent against Russia and remove the temptations that weakness seems to have offered Moscow.