Russia’s Actions Are a Direct Attack on US and Allied Democracies: New MLI Commentary by Tom Nichols 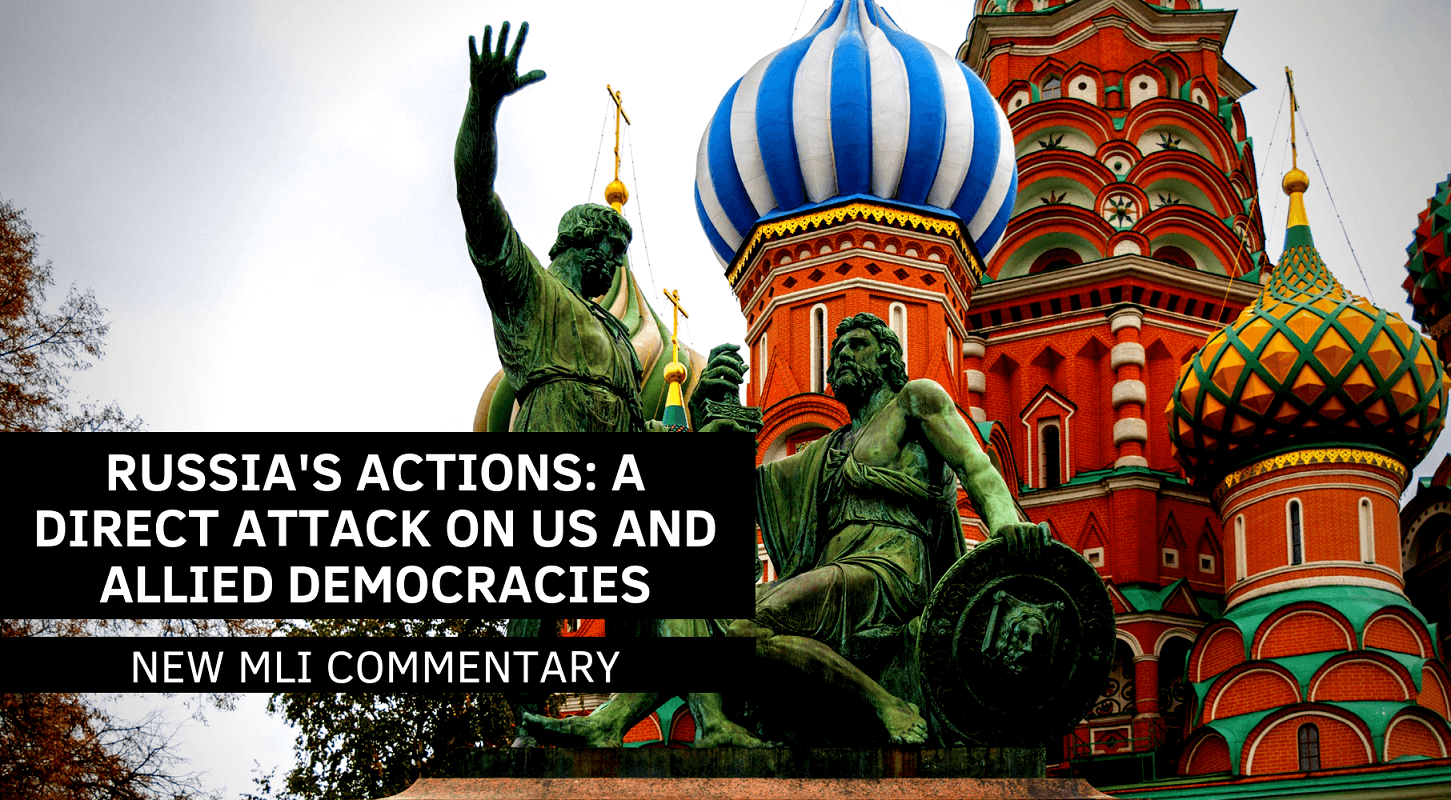 OTTAWA, ON (December 11, 2018): Russia’s recent activities against the United States and its allies constitute an unprecedented attack on our democratic institutions – one that approaches “an act of war.”

That is the conclusion of a new MLI commentary by Tom Nichols, a professor at the US Naval War College. The paper is titled Russia’s Actions Are a Direct Attack on US and Allied Democracies.

While some Americans see concerns about Russian hacking, propaganda and disinformation campaigns as politically motivated nonsense to undermine Trump, and others take a more sanguine perspective on this so-called “meddling,” Nichols offers a third outlook that takes Russian actions as both serious and unprecedented.

“We’ve forgotten that this is actually a full spectrum attack on us and all of our allies, and throughout the West, even beyond NATO,” says Nichols.

In his commentary, Nichols explains that Russia is now prepared to go further in attacking the West than it would even in the Cold War. For instance, Russia’s interference with US elections illustrates a complete lack of restraint. And Nichols notes that what’s coming in the future could be even worse.

But what exactly is the Kremlin trying to achieve with its aggressive actions?

Nichols argues that Russia’s initial goal was to weigh down what it saw as an incoming Clinton administration. The strategy then shifted to “seeing if they could move the American public back and forth and whipsaw them between these candidates.” Essentially, Russia created and continues to foment public apathy in the West to the point of incoherence – to get rid of any civic engagement and therefore weaken our ability to adequately respond to Russian actions.

“I think the goal is to paralyze the West so that the Russians have greater freedom of action to do whatever it is they want to do” argues Nichols. While he doesn’t see an outright government solution to the problem, Nichols makes suggestions on how the public can combat disinformation.

“There has to be a return to the notion of civic virtue – through schooling, education, and universities stepping up and taking their responsibility to talk about what makes the West worth defending,” Nichols explains. In order to counter Russia’s increasingly aggressive actions, we must “rely on our values as members of Western democracies.”

More broadly, Nichols also discusses the changing nature of American society that has served as a catalyst for the Kremlin’s disinformation activities. In a world of fake news propagating over social media, Nichols believes that there are some simple solutions that can help address disinformation:

To learn more about Russia’s actions and why they constitute a direct attack on the West, read our latest commentary here.

Tom Nichols is a University Professor of US Naval War College, and an adjunct at the US Air Force School of Strategic Force Studies and the Harvard Extension School. He is a specialist on Russian affairs, nuclear strategy, NATO issues, and a nationally-known commentator on U.S. politics and national security.