If Ryerson falls, then everything must go: Patrice Dutil in the National Post 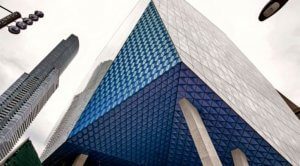 The names we give to public institutions remind us of our history. Most honour people who espoused great ambition and selfless courage — values that teachers, students and citizens should honour, writes Patrice Dutil in the National Post. Below is an excerpt from the article, which can be read in full here.

The calls for Ryerson University to change its name in order to rid itself of the reputation of its namesake raises a number of important questions that go far beyond that institution’s ability to answer. Egerton Ryerson, as I’ve argued in these pages before, simply does not deserve the type of treatment he’s been given. While there is no minimizing the multi-generational hurt of Indian residential schools, Ryerson should be remembered as a shining light of his time.

But Ryerson is only a first step because, as the activists themselves proclaim, they will not be satisfied even if the university does change its name. Ontario’s school system and post-secondary sector is dotted with names of historical white men who symbolize British colonialism.

If Ryerson University changes its name, then what about Brock University in St. Catharines, Ont.? It was named after Maj.-Gen. Isaac Brock, born in 1769 on the Isle of Guernsey, who was killed in action during one of the first battles of the War of 1812. Brock served all his life in the British army, and most notably participated in the Battle of Copenhagen in 1801 under Vice-Admiral Horatio Nelson. He was sent to Canada in 1802 to defend the colonial empire of the British government.

What about Carleton University? Sir Guy Carleton (1724-1808) was the governor general of British North America from 1768 to 1778 and again from 1785-1795. He was involved in all sorts of battles to defend imperial interests in the Caribbean before he was called on to protect Quebec from the revolutionary Americans. Carleton is the ultimate symbol of colonialism and imperialism.