Scrap equalization and replace it with something better: Jack Mintz in the Financial Post 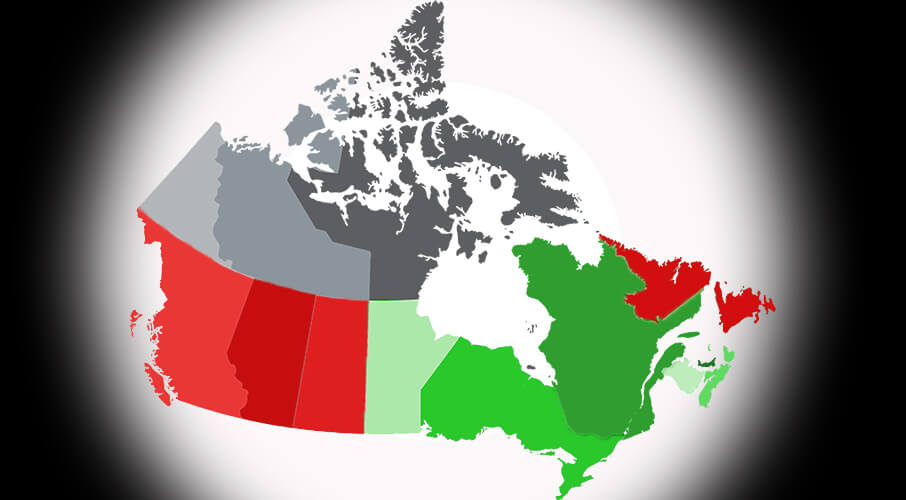 For too long governments have had to rely on equalization - an unfair and distorting program that few Canadians understand, writes Jack Mintz.

Maybe it is time to get rid of Canada’s 1957 equalization program. It is riddled with problems that fail to be fixed. Nor is it doing a very good job accomplishing its objectives. Perhaps it’s time to find better ways to ensure the low-income provinces get the help they need from the federal government.

I always supported equalization for its role in encouraging a stronger economic union. By equalizing provincial fiscal capacities, it helps ensure that Canadians get comparable public services at reasonably comparable tax levels from their province. It also allows regions to share risks since federal transfers will grow if bad times hit a province. Currently, Quebec gets the lion’s share due to its size (about two-thirds) with Manitoba and the four Atlantic provinces getting the largest per capita payments. Ontario and the Western provinces no longer receive equalization.

Now I am less enamoured with the $20-billion equalization program. The system is so opaque that few really understand it. Equalization is paid from federal coffers to those provinces with a per capita tax base less than the national average per capita tax base (the payment is equal to this difference multiplied by a national tax rate and population for five types of taxes).

Equalization does a poor job of equalizing fiscal capacities. In part, this is because either half or no non-renewable resource revenues, including hydroelectric profits, are included. So it doesn’t accomplish one of its main aims. Given its failure to remove the fiscal incentive for mobility, it arguably hurts productivity by discouraging some Canadians to move to those regions with high-paying jobs.

Ironically, Newfoundland, with per capita personal income below the national average, does not get equalization due to royalties it collects from Hibernia. Yet, Quebec is able to collect equalization as half of its hydroelectric profits are excluded, while underpricing electricity to encourage businesses to locate there.

Nor does equalization do a good job of sharing risks. Given that payments are capped by three-year averages in GDP growth rates to provide stability, it is less responsive to major shifts in the economy such as those experienced since 2015. Further, those provinces that don’t get equalization receive no help if their economy turns sour (which is why recently stressed provinces like Alberta and Saskatchewan are pushing for a better stabilization program).

In principle, equalization should reduce the fiscal incentive for people and businesses to move to those jurisdictions that offer cheaper services (due to economies of scale) or have access to resource revenues that others don’t. However, it is so poorly designed, it instead undermines productivity by keeping people in slow-growth provinces.

Most harmful, though, is that the equalization program penalizes provinces that try to grow their economies either through resource development or better economic policies. When their per capita tax base gets larger (say by reducing corporate income tax rates or developing mineral deposits), they lose equalization payments. This also means that equalization becomes an incentive to recipient governments to raise taxes to spend on pet programs.

Equalization is also too fixated on current revenues. If a province uses its tax revenues to reduce debt — and tax liabilities faced by future taxpayers — it gets no credit. In fact, it can borrow money without losing existing equalization payments.

Thus, despite equalization, the high-tax provinces are found in the recipient Atlantic provinces, Manitoba and Quebec. On a per capita basis, they are also the most indebted provinces except Ontario.

These issues have been known for a long time. Canada, though, has never been able to sort them out. The program has been constantly adjusted to reduce federal costs or provide more revenue to recipient provinces by redefining standard measures of the national tax base or rates or putting on spending caps as in recent years. Little has worked to fix the problems despite ongoing task forces and studies.

The problem isn’t the principle of providing federal funds to achieve comparable public services across provinces. The problem is the method in pursuit of the objective.

Here is an alternative used in some federal states elsewhere. Instead of equalizing tax levels, one could adjust transfer payments to recognize spending needs. In Canada, the federal government provides equal per capita transfers for health and social programs as well as cost-sharing infrastructure grants, covering most provincial spending except education.

Instead of having a formulaic tax equalization program that does not work, one could adjust federal health transfers for population age since provincial per capita health expenditures rise with an aging population. The health and social transfers could also be adjusted upwards for those provinces with lower per capita income since demands for low-income support is highest. And if desired, the federal government could introduce adjustments for the cost of living (already used for the Northern territories) and education (school population per capita).

Currently, the federal government spends $55 billion on health and social transfers. It could shift equalization payments into new block-grant programs conditioned on provincial service costs rather than taxation variables. No longer will governments have to rely on an unfair and distorting program that few Canadians understand.

Alberta is considering a referendum to end equalization. If this leads to Canada taking a different approach to support comparable public services across provinces, maybe that will be a good thing.