Standing on Guard - Why We Need to Secure Canadian technology and Innovators from the PRC: Henry Geraedts and Shuvaloy Majumdar for Inside Policy 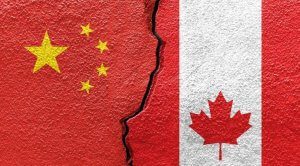 The PRC will likely consolidate and step up its successful illicit technology acquisition programs to meet its needs, write Henry Geraedts and Shuvaloy Majumdar.

International dynamics are increasingly marked by political and economic decoupling, certainly where the People’s Republic of China (PRC) is concerned. There is therefore a clear requirement for refocused realism in Canada’s international relations, particularly salient in terms of safeguarding Canada’s technology and intellectual property (IP) infrastructure from foreign interests.

The PRC’s predatory interest in Canadian technology and intellectual property is longstanding and well-documented. Besides access to commodities and providing a backdoor to the United States, Canada represents a valuable source of technology and IP. The PRC’s engagement with Canada has not been for the sake of cultural harmony or the spirit of ideological kinship once espoused by Messrs. Bethune or Trudeau Sr., but rather is driven by hardnosed Chinese Communist Party (CCP) interests.

What is required today is a fundamental reassessment of Canada’s relations with the PRC, enabling government and parliamentary leaders to redefine key trade, finance, energy and technology policies, based not on short-term thinking but on hard facts and cool-headed analysis.

Three fundamentals should inform how we approach this challenge.

First, the US is not our adversary. Washington is by far our most important trading partner and a sine qua non ally and protector in a rapidly evolving world order. The PRC, however, has for decades been particularly adept at exploiting sentiments in Canada that see the country as morally superior to the US.

Second, all levels of government must internalize that today’s global centre of gravity is in the Indo-Pacific. Canada’s roots have traditionally been largely Atlanticist, but our 21st century interests lie in successfully managing complex relationships with key actors across the Indo-Pacific.

And third, our refocus must pivot on a broad reassessment of the PRC as a long-term political, economic and values-based rival.

Canadian policy-makers must accept that China has institutionalized an integrated system of legal and illegal means of acquiring technology and data across the world. In that context, the PRC has for decades successfully advanced its objectives through broadly-based United Front Work Department operations in academia, business and the civil service, including with the specific objective of accessing Canadian research and development, key technologies, and intellectual property.

There are several steps that the Canadian government can take to safeguard Canadian research, technology and IP:

At the recent Fifth Plenum, the CCP codified Xi Jinping’s 2035 “dual circulation strategy,” representing officially a switch from an export-driven economy to reliance on China’s vast domestic market. This constitutes a seismic political shift aimed at self-sufficiency in key areas of dependency such as food production, energy and technology – in effect, formalizing the CCP’s decision to decouple unilaterally.

Reality is that over the past three decades the PRC has repeatedly failed to establish critical technology ecosystems based on commercially acquired technologies, while many its achievements have instead been based on technologies obtained illicitly. It would therefore be surprising indeed if the the PRC doesn’t further consolidate and step up its successful illicit technology acquisition programs to meet its needs. Canadian leaders must guard our technology and innovators from this intensifying threat.

Henry Geraedts holds a PhD in International Political Economy and is a long time China observer. He is an Adjunct Professor with the Johnson Shoyama Graduate School of Public Policy at the University of Saskatchewan. Shuvaloy Majumdar is Program Director and Munk Senior Fellow for Foreign Policy at the Macdonald-Laurier Institute.