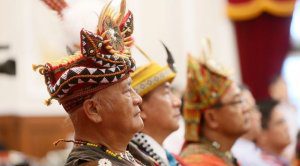 As in Australia and North America, Taiwan’s Indigenous peoples continued to demand recognition as distinct and sovereign entities, writes Scott Simon in World Politics Review.  Below is an excerpt from the article, which can be read in full here.

One day in July 2013, Tama Talum, an Indigenous Bunun man living in a mountainous area of southeastern Taiwan, set off to hunt game at the request of his 92-year-old mother, who was hungry for the traditional meat of her youth. The expedition was a success, and Tama was able to kill one Formosan serow—a kind of mountain goat—and one Reeves’ muntjac, a small deer. However, on his way home, he was arrested and charged with violating the laws of the Republic of China, or ROC, the formal name for the state that governs Taiwan.

In 2015, Tama was convicted of violating the Controlling Guns, Knives and Ammunition Act and the Wildlife Conservation Act, and was initially sentenced to prison for 3.5 years. Though he lost his appeal, the prison term was suspended following a domestic and international outcry. This year, Tama’s case reached Taiwan’s highest court, which handed down its verdict on May 7.

Indigenous rights activists had hoped for a historic, landmark ruling like Australia’s Mabo decision of 1992 or Canada’s Delgamuukw case of 1997, both of which confirmed the legitimacy of Indigenous land title. Instead, the justices of Taiwan’s Constitutional Court upheld the primacy and constitutionality of ROC laws that forbid hunting, albeit with limited exemptions for Indigenous people as a “cultural right.” They ruled that the legal exemptions permitting Indigenous hunting for cultural and subsistence reasons do not justify taking protected species.