Small modular reactors are the future of nuclear energy: Duane Bratt for Inside Policy 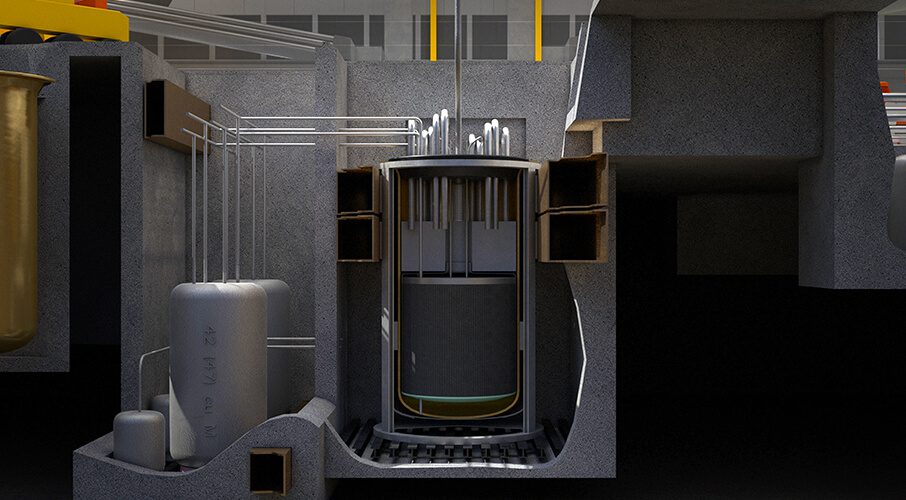 Nuclear energy produces electricity without emitting greenhouse gases. And, unlike wind or solar, it operates 24/7, not just when the wind is blowing or the sun is shining. Canada’s existing nuclear energy plants, which are currently undergoing life extensions in Ontario and New Brunswick, produce about 15 percent of Canada’s electricity and over 60 percent in Ontario and 30 percent in New Brunswick. Life extension will ensure that this continues for several more decades.

However, if Canada is going to successfully phase out coal (or even natural gas, whose emissions are half of coal, but 2000 percent of nuclear and renewables), it needs to transition to a cleaner and greener electricity. Nuclear energy is going to have to maintain and even expand its presence.

Nuclear energy has always faced three major challenges: the safety of reactors, the management of spent fuel and other waste products, and the economic viability of nuclear energy.

The first two challenges can be quickly addressed. First, Canada's CANDU nuclear reactors are among the safest in the world, and our industry operates within the highest safety standards. Second, the Nuclear Waste Management Organization (NWMO) is currently undergoing an extensive process to identify a site to host a permanent geological depository to store Canada’s high-level nuclear waste. I am confident in the process governing both nuclear safety and waste management. For these reasons, the focus of this article is on the economics of nuclear energy.

But increasing the power output did not make the electricity cheaper. This is because each reactor seemed to be a first of a kind (FOAK), arising from design modifications due to geography, changing regulations, and finicky engineers. Not only did building multiple FOAK reactors prevent the application of economies of scale, they also created construction delays and cost overruns. This only increased the cost of nuclear energy. To solve the economics issue involves reversing course and going small.

The future of nuclear energy is now small modular reactors (SMRs). These reactors produce smaller amounts of electricity (50-300 MW) and are mass produced in a factory setting and shipped to the location. The idea is that a fleet of five 300 MW reactors are cheaper than one 1500 MW reactor. SMRs also have some innovative features; for example, passive safety that allows itself to shut down safely without human intervention. Currently there are dozens of companies with SMR designs, although some, such as NuScale, Babcock & Wilcox, Hyperion, are much further along.

SMRs are not new technology. The American and Soviet/Russian navies used SMRs to power nuclear-powered submarines and aircraft carriers since the 1950s. But what is new is the commercial application for civilian electricity needs.

Recently, Natural Resources Canada convened a group of stakeholders and experts (nuclear companies, power utilizes, mining firms, academics) to examine the future of nuclear energy in Canada. In 2018, they released A Call to Action: A Canadian Roadmap for Small Modular Reactors. The roadmap identifies three major areas where this technology can play a role.

First, SMRs can be used to power remote communities, primarily in northern Canada, which currently rely on diesel fuel that must be shipped great distances. Diesel is a high emitting, expensive, and unreliable form of electricity. Second, they can be used to produce heat and power for heavy industry, i.e., the oil sands or mining. Third, provinces that are phasing out coal in the near future will require on-grid power generation, which can be provided by SMRs. Unlike traditional large reactors, SMRs are more suitable for small provinces such as Saskatchewan and New Brunswick. The deployment of SMRs in these three directions would reduce Canada’s greenhouse gas emissions, cut electricity costs, and would unlock economic opportunities. For example, the Ring of Fire, an area in northwest Ontario filled with many valuable minerals, could be unleashed through the deployment of SMRs.

Beyond these domestic opportunities, there are global opportunities presented by SMRs. Remote communities, heavy industry, and small jurisdictions exist around the world. Canada is also well positioned to take advantage of these opportunities. We have a mature nuclear industry with experienced companies, operators, scientists, and regulators. Canada also has extensive uranium mines and firms such as Cameco operate mines around the world. Canada also has international experience with traditional CANDUs operating in Argentina, China, India, and Romania. The potential value of SMRs in Canada is over $5 billion and globally over $150 billion between 2025 and 2040.

The Roadmap identifies a series of steps that Canada (including government, industry, regulator, and other stakeholders) needs to take if we are to fully capitalize on these domestic and international opportunities. Here are a couple of the major ones.

First, the Canadian government must fund the construction of a demonstration reactor. This would likely be built at Chalk River to take advantage of the existing Canadian Nuclear Laboratories site. Second, the Canadian Nuclear Safety Commission must adopt a gradable regulatory framework so they are not applying the same conditions on a SMR that they do to a traditional reactor. Third, Canada’s Nuclear Liability and Compensation Act should be changed to reflect the fundamental risk differences between a traditional reactor and a SMR. Fourth, implement a cost-sharing arrangement between government, provincial utilities, and/or private investors for the first commercial deployment of SMRs. Fifth, initiate a public engagement process, including with Indigenous communities, similar to the NWMO’s site selection process.

Canada faces a tremendous opportunity. We have the need for SMRs. We have the assets to deploy them. But the window is small. If we bungle it up through indecision, turf wars, court battles, or other politics, then that window will close within the decade. If that window closes, Canada will have either missed a golden opportunity to unlock our economic potential with green electricity or we will be relying upon foreigners to do it for us.

Duane Bratt is a Professor of political science and Chair in the Department of Economics, Justice, and Policy Studies at Mount Royal University in Calgary, Alberta.